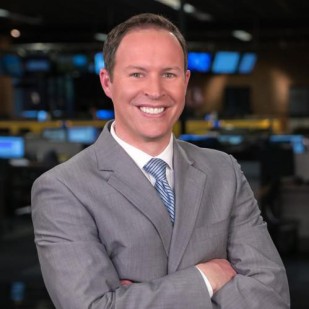 Matt McDonald is a weekend anchor and reporter for Fox 13. A graduate of Oregon State University’s engineering program, his path to journalism has been a long one, including a year living abroad in Shanghai, China.

Returning to the states in 2001, he spent some stereotypical time trying to figure out what to do with his life. That didn’t last long before his wife, Brenda, said “get a job.” Stints in marketing, film production and an internship on the reality show “The Apprentice” followed, though barely qualifying as work.

Ready to return to college for a second degree in broadcast journalism, Matt landed a job running the audio board at the launch of KOHD, an ABC affiliate in Bend, Oregon. Six months later Matt started his first year as a reporter, culminating with a Society of Professional Journalists award as the “best new reporter” in Oregon and Southwest Washington.

With his professional passion on track, Matt soon started life’s other great adventure…parenting. The father of two kids and a husband for more than 15 years, Brenda, fill life with both big and little lessons. Matt can be found on his days off hanging with the family, creating “Dad’s Big Adventure” (usually a hike, bike or fishing excursion) or, on rare occasions of truly free time, he likes to golf, though he doesn’t play very well.