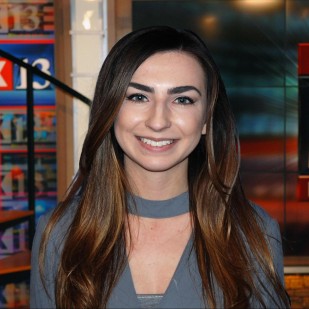 Hailey is an assignment editor, digital content producer, and associate producer for dayside newscasts at Fox13, and enjoys every minute of it.

Before joining Fox 13, Hailey transferred from USU Eastern in her hometown of Price to complete her education at the University of Utah. In 2017 she came to Fox 13 as a studio technician, eager to get to know the team while she finished her degree in Journalism.

During the summer of 2018, she began her new role at Fox 13 gathering news and managing fox13now.com during the weekend mornings, along with helping producers create their shows during the weekdays.

Outside of the Fox 13 studio Hailey enjoys spending time with her loved ones including her husband, Adam, and her Yorkshire Terrier, Stella. She also loves hitting the fairways at her local golf course, boating and fishing, and baking sweet treats.