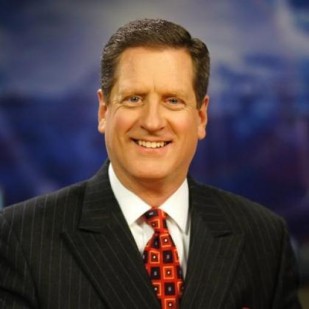 Bob Evans has been co-anchor of Fox 13 News at Nine since October 1995. Previously, he worked as an anchor/reporter for KUTV and at stations in Kansas City, Spokane and Boise.

He has won numerous awards in his career including two Emmys, two Telly Awards and many Society of Professional Journalists and Utah Broadcasters awards. He has had the opportunity to report on a wide variety of issues and events. Commenting on some of his favorite reporting experiences Bob said, “I’ll never forget the Hess and Pearce families and how they adopted a total of seven Russian children between them. Or the gut-wrenching heartache of families shattered by sexual abuse. Or the alarming decline in the number of doctors who deliver Utah’s babies.

Bob enjoys meeting viewers in person saying that it is a privilege to take part in the station’s community events. Over the years he has represented Fox 13 at functions such as The Great Salt Lake Council of the BSA Silver Beaver Awards, The Governor’s Office on Volunteerism Silver Bowl Awards, the Combined Federal Campaign Kick-off Luncheons, Utah’s Safe Kids Coalition, the American Lung Association of Utah, the Days of ’47 Celebration of Utah’s Cultures, the Granite Education Foundation “Excel” Awards, Utah Regional Ballet and many others.

Bob graduated from Brigham Young University with degrees in Broadcast Journalism and Music Performance. He met his wife at BYU and describes their union as follows: “We were both in the broadcast journalism program and had on-air assignments. She had come back to get her Masters Degree in broadcast management. And as it turned out, she’s managed this broadcaster and our family very, very well for over 30 years. And I could not be more grateful to her. We’ve been blessed with wonderful children. We love the mountains, skiing, sports, and music. But mostly we like just being together.”

Bob sums up his job this way, “How wonderful it is to do something you love for a living, and to do it with people you really enjoy. There’s just something special about working at Fox 13.”