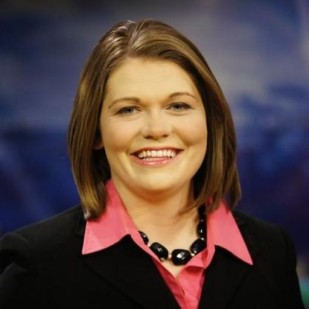 Fox 13 reporter Ashton Goodell always knew she would come home to Utah, but it’s been quite an adventure getting here. She grew up in Ogden. From a young age she watched Fox 13 news and loved it! It seemed like the reporters had so much fun on air, which inspired Ashton to go into broadcasting. She soon found out they were making it look easy.

She started her career in radio, as a general assignment reporter at KBIA-FM, a NPR station in mid-Missouri. She quickly transitioned into TV and realized her energy and passion for visual storytelling. Ashton called KOMU-TV, the NBC affiliate in Columbia, MO, home for several years. She says she spent so much time at the station if there had been a shower and a bed it literally would have been her home. From there she headed north to Alaska to work at KTUU-TV, the NBC affiliate in Anchorage, AK.

Ashton reported on Governor Sarah Palin’s resignation, polar bears and climate change, and Alaska native culture. Her most memorable experiences as a reporter were seeing the Northern Lights at Chena Hotsprings, paragliding from the tippy top of Mt. Alyeska, walking along side the McNeil River brown bears (check out her Facebook pictures to see how close they got). She developed a court/crime beat and a popular feature franchise while she was in Alaska.

Ashton has a Broadcast Journalism degree from the Missouri School of Journalism. She also earned a degree in Political Science and Chemistry from the University of Missouri.

Ashton won an Edward R. Murrow Award for her franchise Day Trippin’. She has received multiple Missouri and Alaska Broadcaster Association awards and Alaska Press Club Awards.
When not obsessing about news stories, she enjoys photography, adventure sports, making home videos, listening to country music, taking long drives and spending time with her family who lives in Utah.
Ashton is always looking for the next great story, tell her yours or pass along story ideas to ashton.goodell@fox13now.com. Just you watch the best!