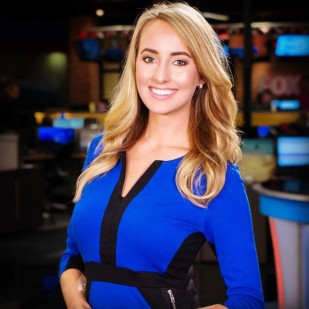 Allison Croghan is the Social Media Anchor and Midday Meteorologist on Fox 13 News.

After graduating with a journalism degree from the University of Mississippi, Allison studied atmospheric science through Mississippi State University’s Distance Meteorology Program.

Growing up in the St. Louis, Missouri, severe weather was not uncommon. Allison’s first television news job was in Joplin, Missouri, where she covered the aftermath of one of the deadliest tornadoes in America’s history.

While Allison certainly has a passion for weather, she loves sports as well. In college, one of her favorite internships was at ESPN in Connecticut. Fun fact: her first time reporting on live television was during an Ole Miss basketball game on ESPNU.

Her career has taken her across the country, but she’s happy she landed at Fox 13 in June of 2012. When Allison isn’t working, she’s busy hiking, reading, practicing yoga, or attending sporting events.