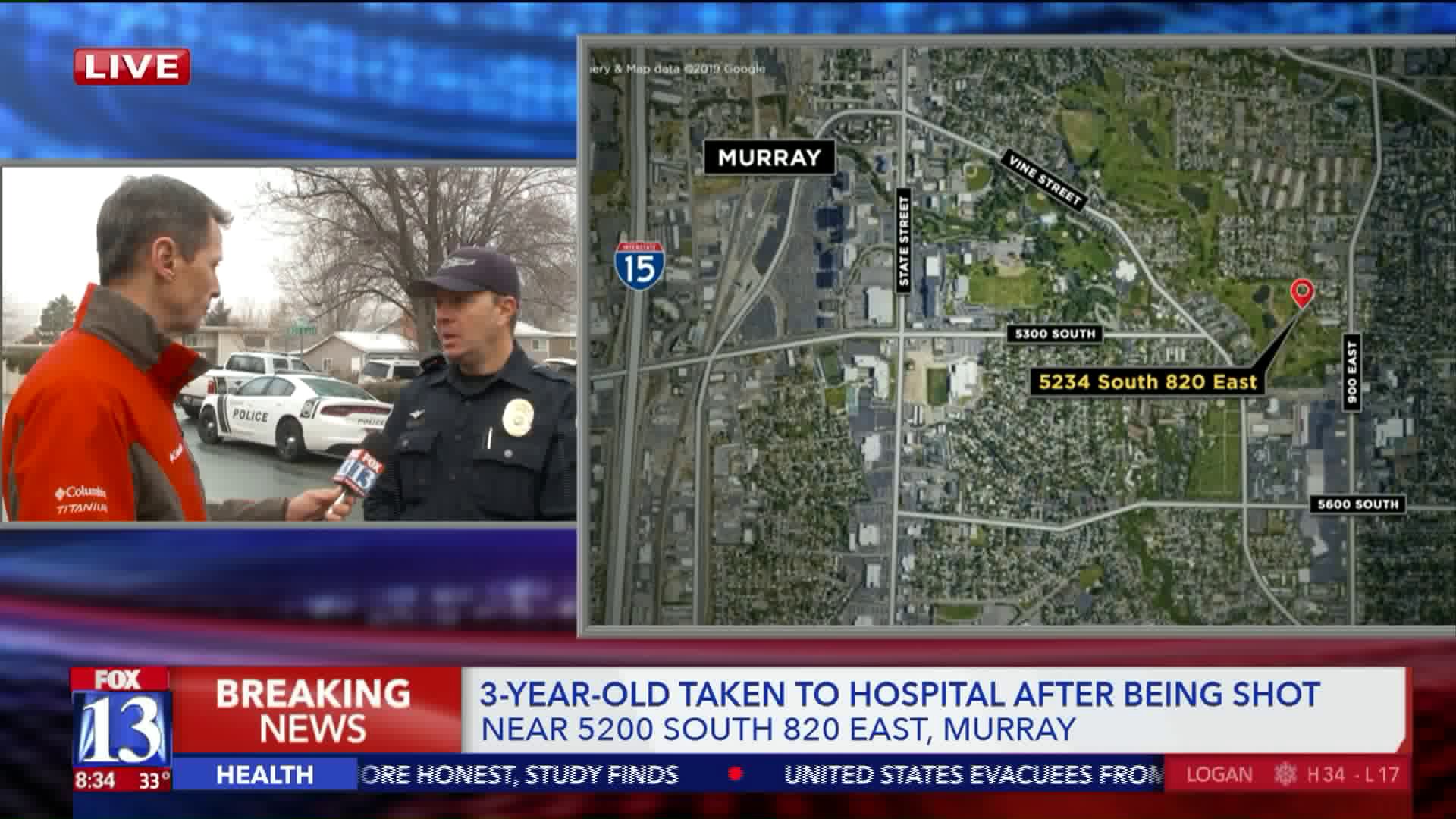 A 3-year-old was taken to Primary Children`s Hospital Thursday morning after suffering a gunshot wound in Murray. 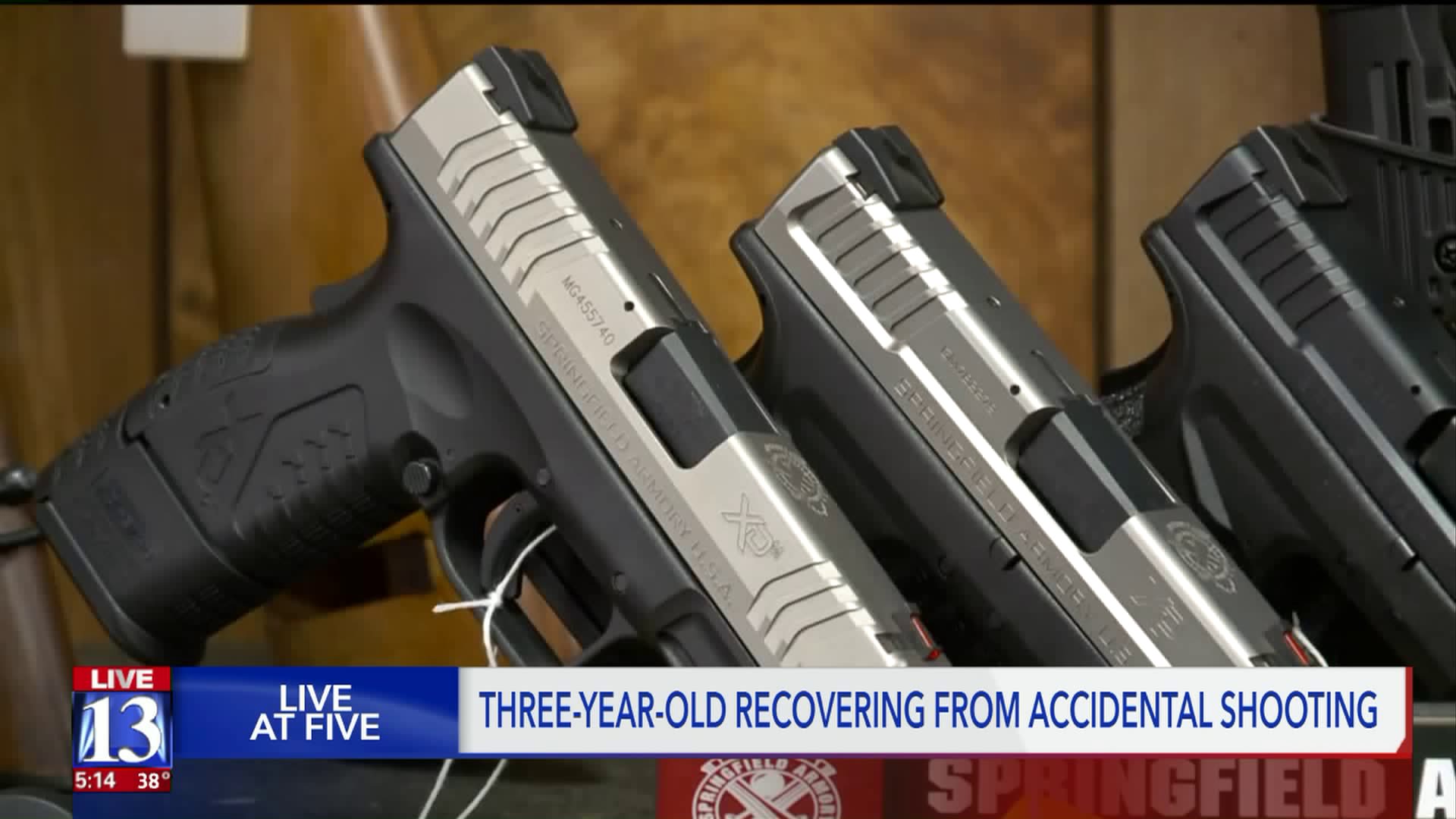 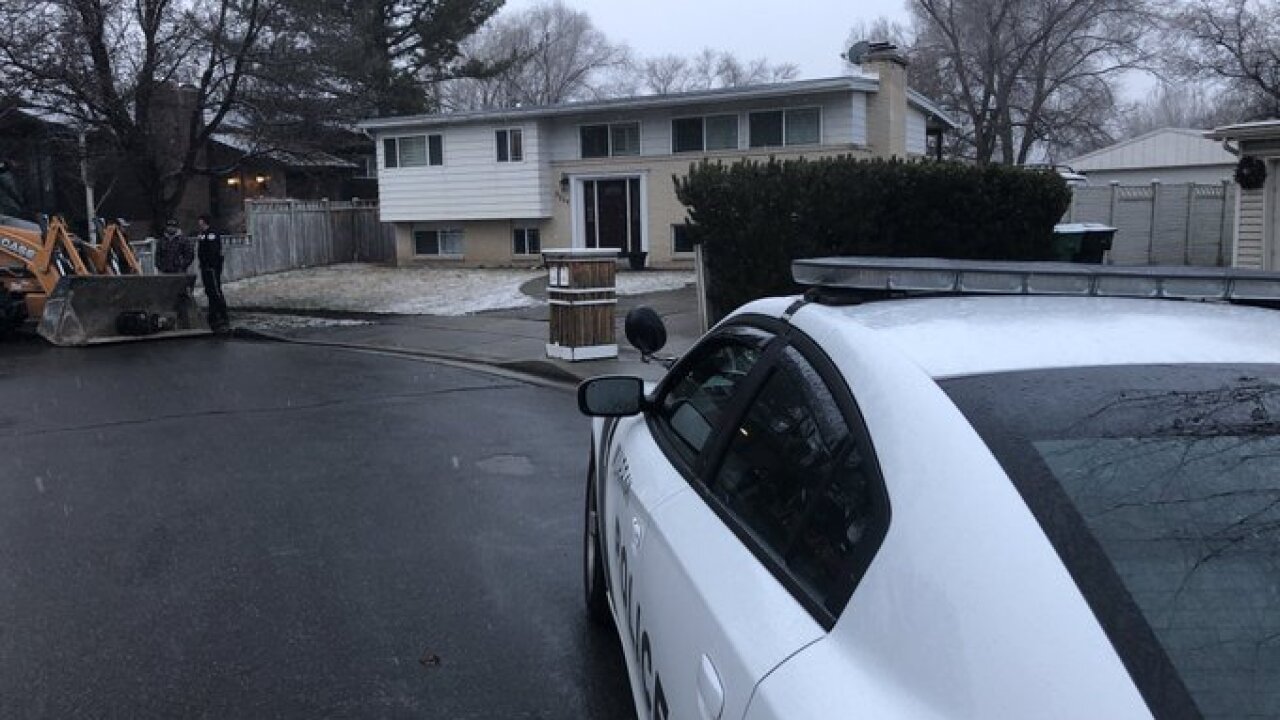 MURRAY, Utah — A 3-year-old boy is hospitalized at Primary Children’s, after suffering a gunshot wound in Murray, Thursday morning.

Officer Kenny Bass with Murray Police said the three-year-old woke up before his parents and sister.

“He was able to climb up on the counter and able to obtain a handgun, which was actually placed fairly high up in the kitchen,” said Bass.

But it was not high enough.

The three-year-old appeared to be playing with the gun when Bass said he accidentally shot himself in the head.

A family member first took the child to Intermountain Medical Center, and the child was then flown to Primary Children's Hospital.

“It’s shocking to me that he’s stable and everything is good,” said Bass.

It was an accident that could have cost the three-year old’s life.

Dave Larsen, who manages a gun shop in Murray, says modern firearms will not discharge, accidentally on their own, adding an extra responsibility on gun owners to handle their guns with safety and keep them in a secure place.

“The best safety is up here,” said Larsen while pointing to his head.

There is a myriad of safes Larsen sells at his shop for the most casual gun owners, to those who use guns for their career.

The most important thing, Larsen said, is to not become complacent when handling firearms.

“Rule number one is always keep your gun facing the right direction,” said Larsen. “Rule number two, keep your finger off the trigger until you’re ready to shoot.”

Murray police are still investigating why the gun was loaded and why it was not in a more secure place but said they are grateful the three-year-old is still alive.

“Right now we have a family dealing with it as tragic as it began,” said Bass.”It’s still tragic, but has some light there.”

Police said they will likely not press charges.