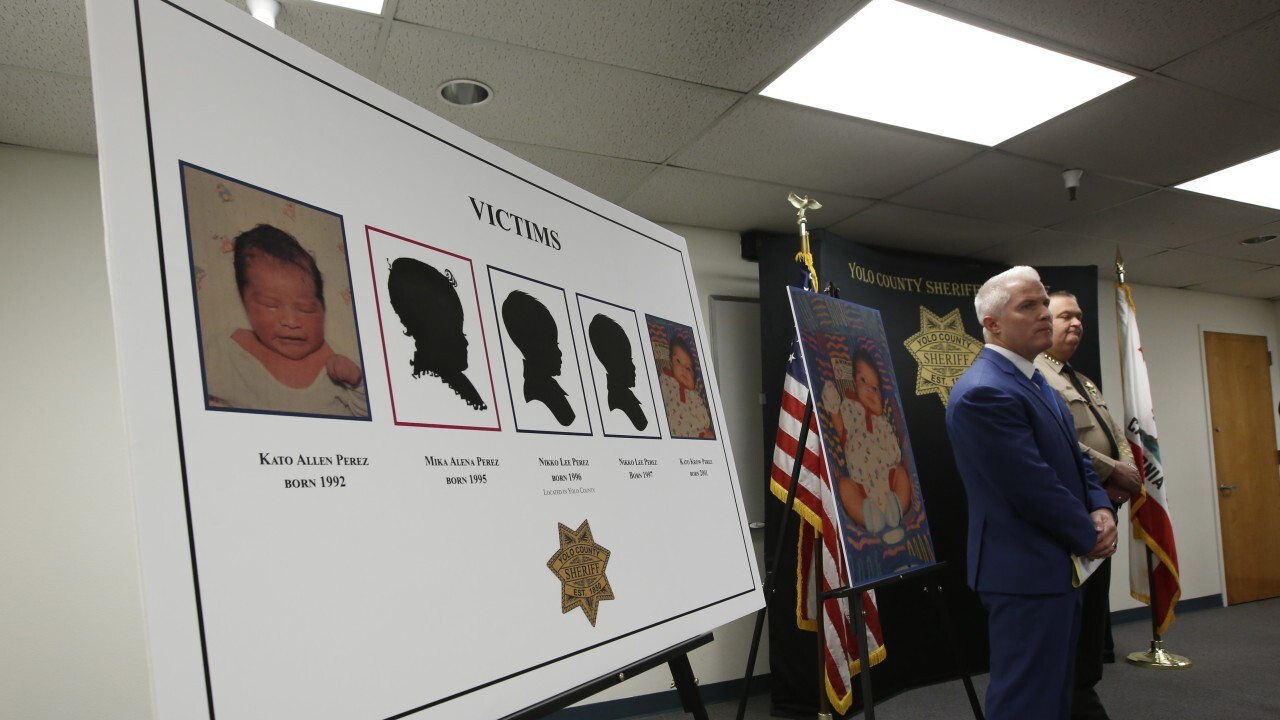 A poster of five infants believed to be killed by their father is displayed during a news conference, attended by Yolo County District Attorney Jeff Reisig, left, and Sheriff Tom Lopez, right, in Woodland, Calif., Monday, Jan. 27, 2020. Paul Perez, 57, has been arrested in the decades-old killings of five of his infant children, a case the sheriff said had haunted his agency for years, the Yolo County Sheriff’s Office said Monday, Jan. 27, 2020. (AP Photo/Rich Pedroncelli) 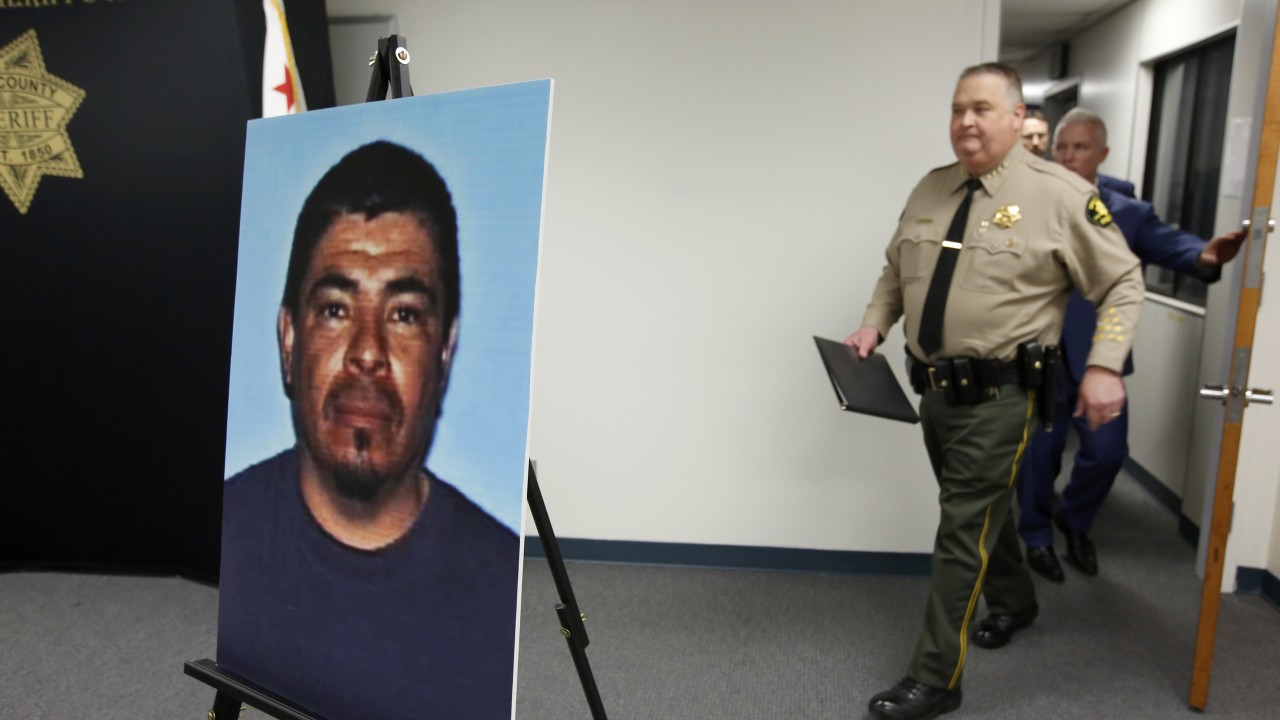 YOLO COUNTY, Calif. – A California father who was about to be freed from prison has been arrested in the decades-old killings of five of his infant children in a case that has haunted the Yolo County Sheriff’s Office for years.

It began when an infant’s body wrapped in a Winnie the Pooh blanket was found in 2007 by a fisherman in an irrigation slough just east of the city of Woodland. The sheriff’s office says the baby was found sealed in a container and weighed down by heavy objects.

Until recently, no information was discovered to further the investigation. But in October of 2019, the infant was identified as Nikko Lee Perez using DNA and authorities determined he was born in 1996.

With the new information, investigators were able to learn that Nikko had four siblings, one of which was known to be deceased: Kato Allen Perez who was born in 1992.

On Monday, the sheriff’s office announced that the children’s father, 57-year-old Paul Perez, has been arrested in connection with their deaths.

“While I am proud of the efforts of my investigators and coroner’s office, this is not a day that will bring joy to any one of us,” said Sheriff Tom Lopez. “In my 40 years in law enforcement, I cannot think of a case more disturbing than this one. There can be no victim more vulnerable and innocent than an infant, and unfortunately this case involves five.”

“The allegations announced today are heartbreaking. There is absolutely no place in our society for horrendous crimes against children,” said California Attorney General Xavier Becerra. “At the California Department of Justice, we will do everything in our power to track down criminals who think they have evaded the grip of justice. We are thankful for the hard work of our DNA team and our partners at the Yolo County Sheriff’s and District Attorney’s offices who are fighting every day to keep our communities safe.”

The Associated Press contributed to the report.