Pedestrian hit and killed by vehicle in Harrisville 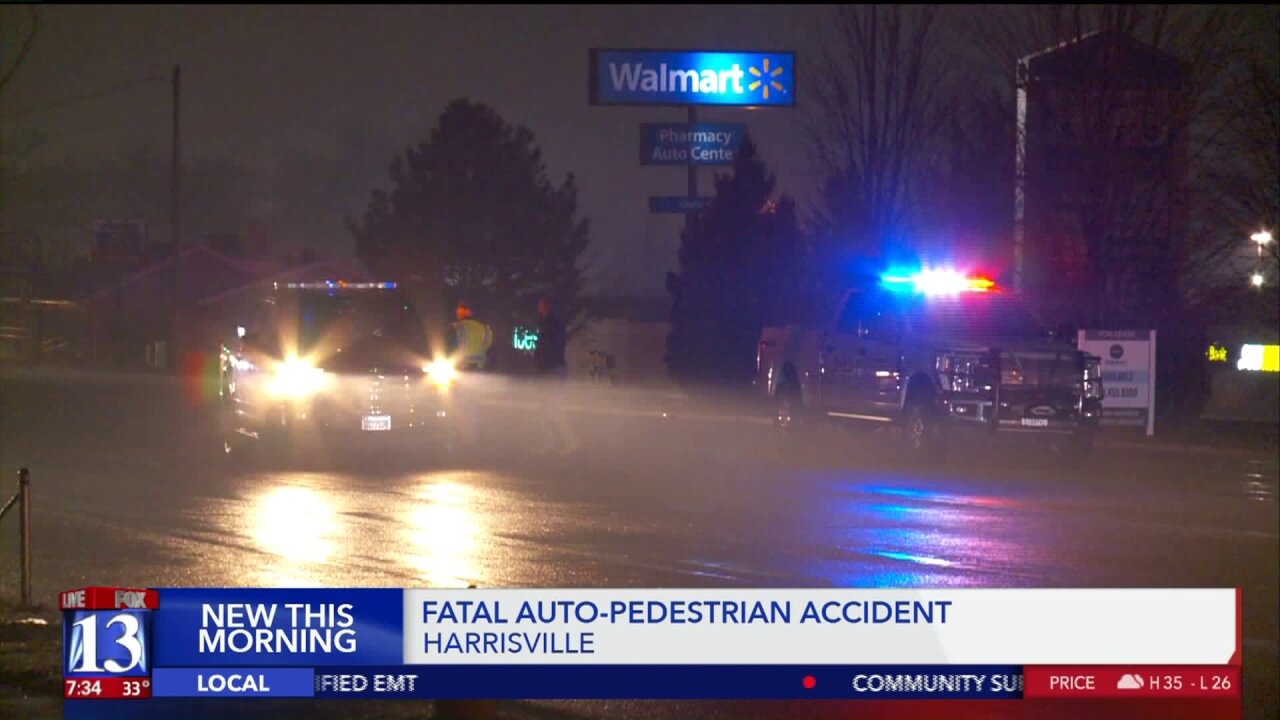 HARRISVILLE, Utah – A man has died after being hit by a vehicle Friday night.

Harrisville Police responded to the accident at 695 North Washington Boulevard.

The vehicle was headed southbound on Washington Boulevard.

The pedestrian was crossing in a poorly lit area with no crosswalk.

Officials said the 26-year-old man succumbed to his injuries on scene.

The accident in currently under investigation, but authorities do not believe speed or alcohol were contributing factors.