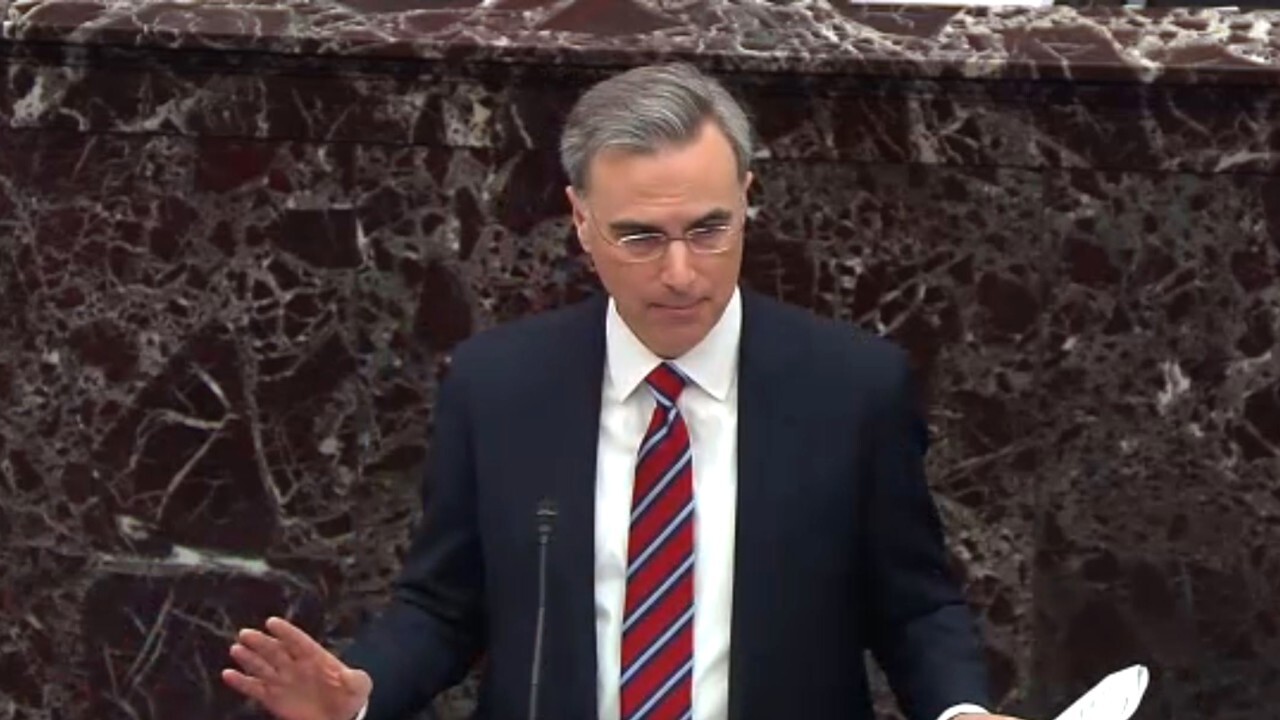 WASHINGTON, DC – JANUARY 25: In this screengrab taken from a Senate Television webcast, White House counsel Pat Cipollone speaks during impeachment proceedings against U.S. President Donald Trump in the Senate at the U.S. Capitol on January 25, 2020 in Washington, DC. Democratic House managers concluded their opening arguments on Friday and President Trump’s lawyers will begin presenting their defense. (Photo by Senate Television via Getty Images)

The president’s lawyers, led by White House counsel Pat Cipollone and personal attorney Jay Sekulow, opened their defense by accusing Democrats of striving to overturn the results of the 2016 election.

They say the Democrats’ investigation into Trump’s dealings with Ukraine was not a fact-finding mission but rather a politically motivated effort to drive him from the White House.

The legal team’s arguments were aimed at rebutting allegations that Trump abused his power when he asked Ukraine to investigate political rival Joe Biden and then obstructed Congress as it tried to investigate.

The defense is asserting an expansive view of presidential powers and portraying Trump as besieged by political opponents.

Before Trump’s legal counsel presented their arguments, House managers made their case over three days for why they believe the president should be removed from office.

The Democrats finished their opening arguments on Friday, focusing on the obstruction of Congress charge, saying that it would endanger the country if Trump were to remain in office.

Democrats are still fighting for additional witnesses to be called, but it doesn’t seem likely at this time that they have swayed enough Republicans to make that happen.

Republican leadership hopes to have the Senate trial wrapped up, with the president acquitted, before Feb. 4, when Trump is expected to deliver the State of the Union address.

The Senate trial has been adjourned until 1 p.m. ET on Monday.