How long does an ice rescue take? Fox 13 reporter puts a Utah fire department to the test 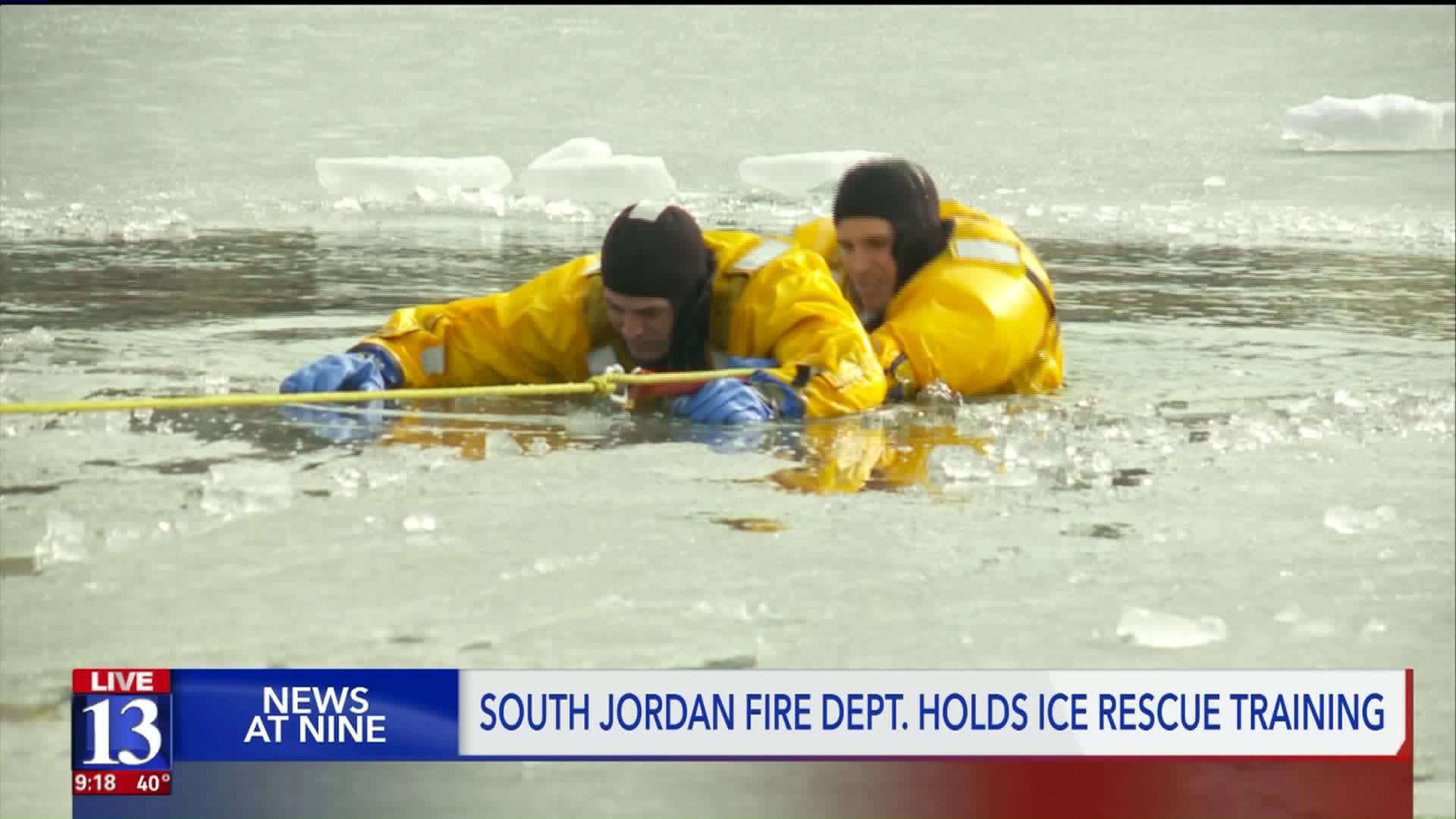 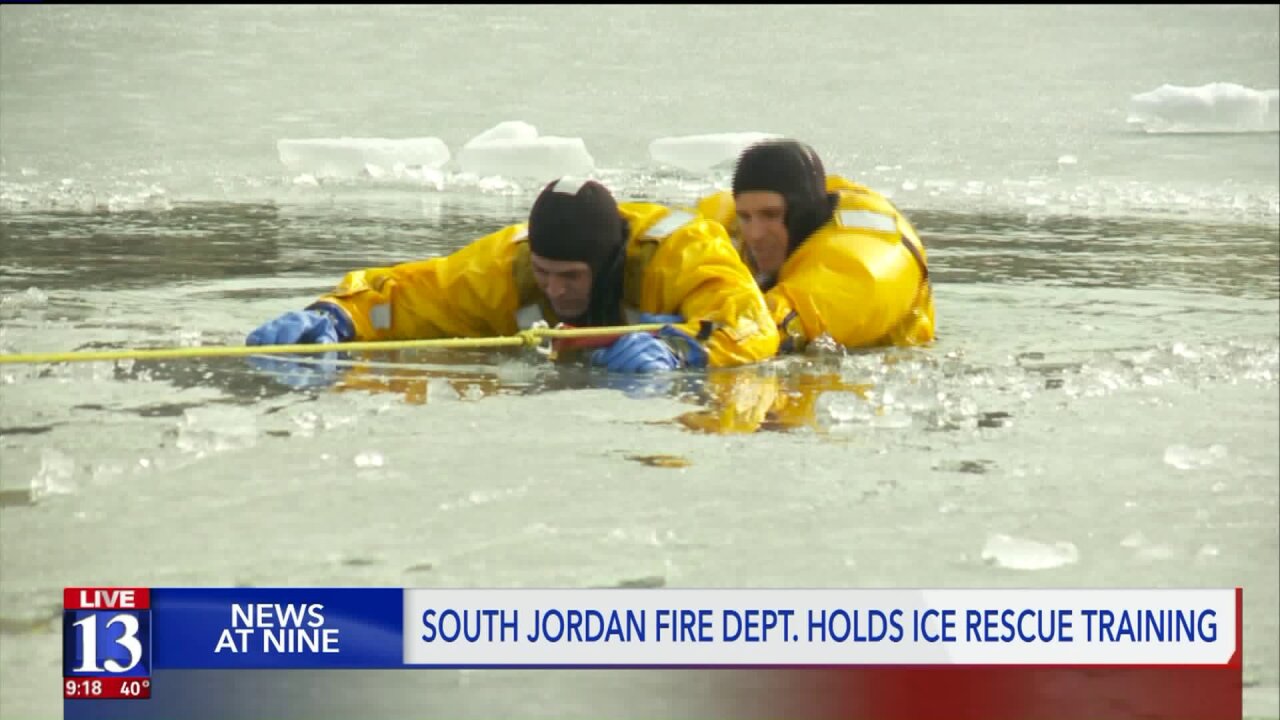 SOUTH JORDAN, Utah – Local fire departments prepare, every year, for the inevitable ice rescue – but how long does a successful rescue take from call to safety? Fox 13 is putting it to the test.

It happens in an instant, the ice breaks and you, a loved one or your animal is trapped in icy cold water – waiting for someone to come to the rescue.

Falling through the ice is a very real danger, and it’s lurking all over Utah.

“It is amazing, you know, people look at the ice and they think, ‘oh, that looks thick,’” Richards said. “It’s not safe.”

Richards said when ice forms, especially in the Salt Lake Valley, it mixes with falling snow – pair that with changing temperatures and you get air pockets in the ice which make it fragile.

“It’s a more porous type of ice and it’s actually very brittle, so even though it may appear thick, it can’t hold as much weight,” Richards said.

South Jordan Fire Department holds an annual training to ensure all members know how to perform a successful ice rescue. SJFD said their response time is 3 to 5 minutes from the time they get a call for help, to the time they arrive.

During their training Thursday, the team took turns putting on the bright yellow suits (which keep them dry and act as a flotation device), playing the victim, or staying on the dock and pulling the rescue team out of the water and back to safety.

The guys made it look easy. But what if they had someone in the water, that didn’t know the drill? Well, that’s what reporters are for.

Elle walked out, let herself into the water and waited for the drill to start – the department said the entire rescue should only take a couple of minutes.

“First thing we do is establish communication with the person,” Richards said. “Try to get them talking hopefully, so we can kind of judge what they’re level of consciousness is at that point.”

“Okay, stay calm,” the rescuer shouted to Elle. “I am anything but calm,” they laughed.

As the rescuer gets farther out on the ice he stops walking and starts to crawl. As he approaches the edge of the open water, he rolls in.

“So, I want you to grab onto the red one,” he pointed to a red rope as he secured the other end around Elle’s waist.

“Pull some slack,” he yelled to the dock team. “Then we go over this [ice] ledge.”

Staying in constant communication with the crew on the dock, the rescuer threw up his arm and the rest of the team started to pull hard and fast.

Within two minutes the rescuer and Elle were back on stable ice and safe.

The entire training, giving the department a fun way to make sure they’re ready when the ice breaks.

SJFD reminds everyone never to try and rescue a person or dog on their own.

“If someone goes out there to rescue a dog or another person that has fallen through the ice, the likelihood of them falling through the ice is actually very high, and then we’re going to have two people in the water and two people potentially having life threatening injuries,” Richards said.

If you see someone or something in the ice, call 911.