Multiple wounded in a reported shooting in downtown Seattle 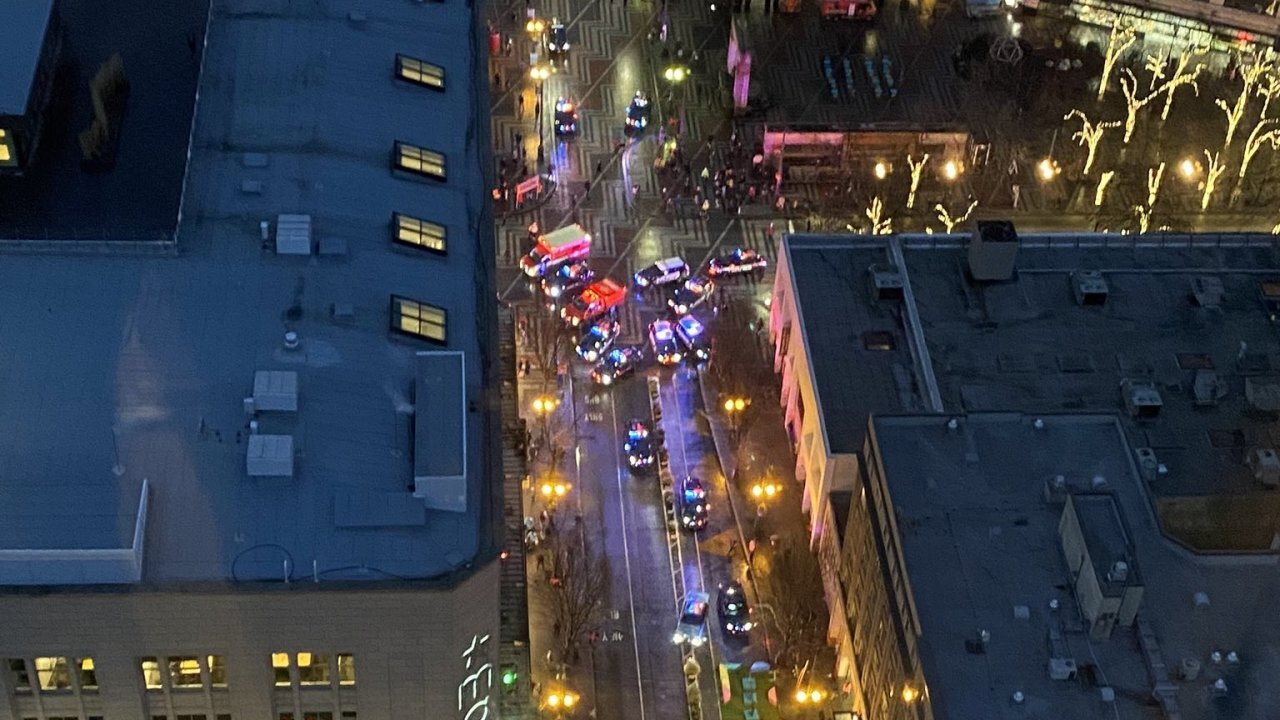 SEATTLE, Wash. — The Seattle Police Department said it was responding to a shooting in downtown Seattle on Wednesday and said officers and medics were providing aid to those who were injured.

The police did not say whether anyone was killed or the total number of those injured.

The incident took place in a busy section of Seattle, as multiple shopping venues are within a block of where there shooting was reported.

Seattle Police said that a suspect is still at large. It has not given a description of a suspect.