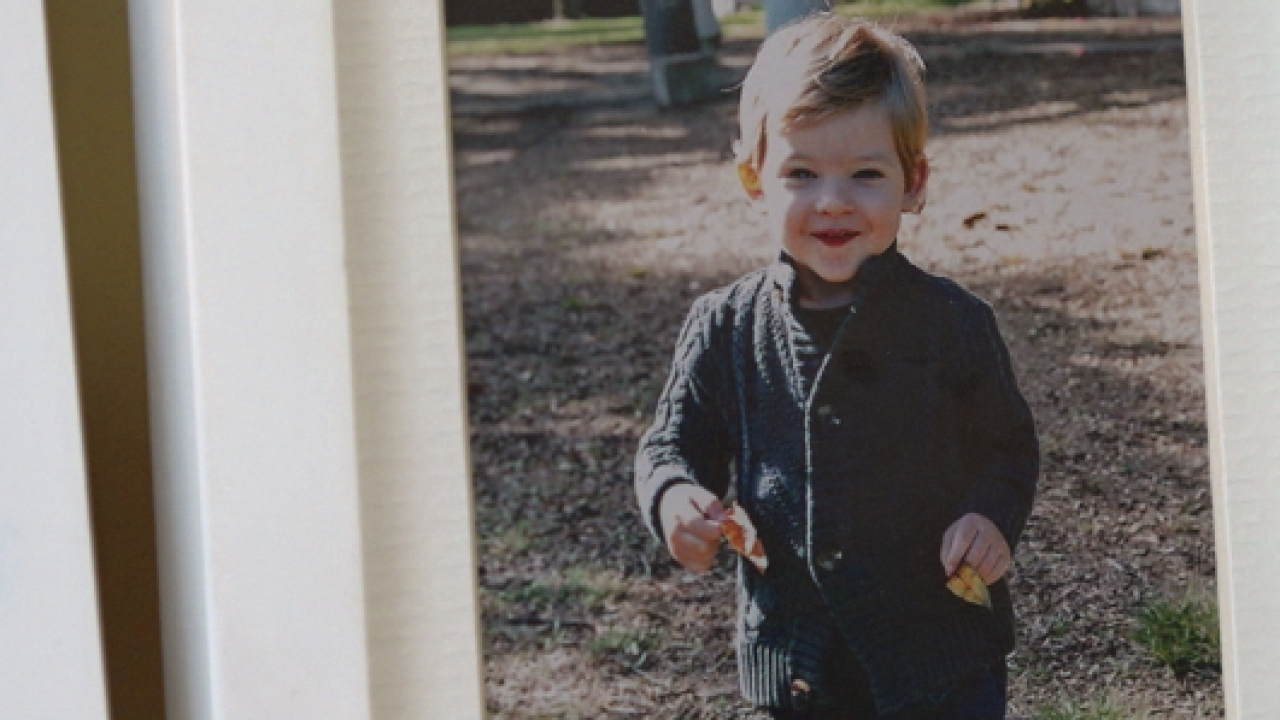 “We used to call him a smiley meatball! He was always a big guy, always in the 100th percentile in terms of growth and just really animated and really fun to be around,” said Blake’s mom, Leah.

But at 14 months old, their seemingly healthy baby stopped breathing at the park. He was revived and rushed to the hospital.

“He was diagnosed with pulmonary hypertension, so high blood pressure of the lungs,” said Rob, Blake’s dad.

Doctors told Rob and Leah that this was rare in children.

“We were overwhelmed lost, devastated, had no clue what was going on, what his future would be, and felt totally helpless,” the couple said.

As the months passed inside the hospital, friends and family asked what they could do to help. The family asked that they do something kind in Blake’s honor, and share the story on a Facebook page created for Blake.

“It was this really, really beautiful, uplifting thing happening in the world during our darkest moments,” said Leah.

Blake was eventually released from the hospital, but months later, his condition then worsened. He needed a lung transplant.

“Ultimately, on January 2 of 2019, we got the news he was unanimously accepted onto the lung transplant registry. And that was the day he passed,” said Leah.

But the good deeds continued.

“There are a lot that don’t cost a penny. Helping someone at the grocery store, planting a tree, cleaning a beach,” said Leah.

What started in San Diego spread across the country and then the world.

“Any selfless act whether it costs money or is free, anything positive and uplifting,” said Rob.

The Davis family created a website to document the movement sparked by Blake.

“Ultimately, it keeps Blake alive, it perpetuates his legacy, which is a beautiful one,” said Leah and Rob.

This story was originally published by Amanda Brandeis at KGTV.