‘This will be on the ballot’: Tax referendum supporters get 152,000 signatures, pending verification 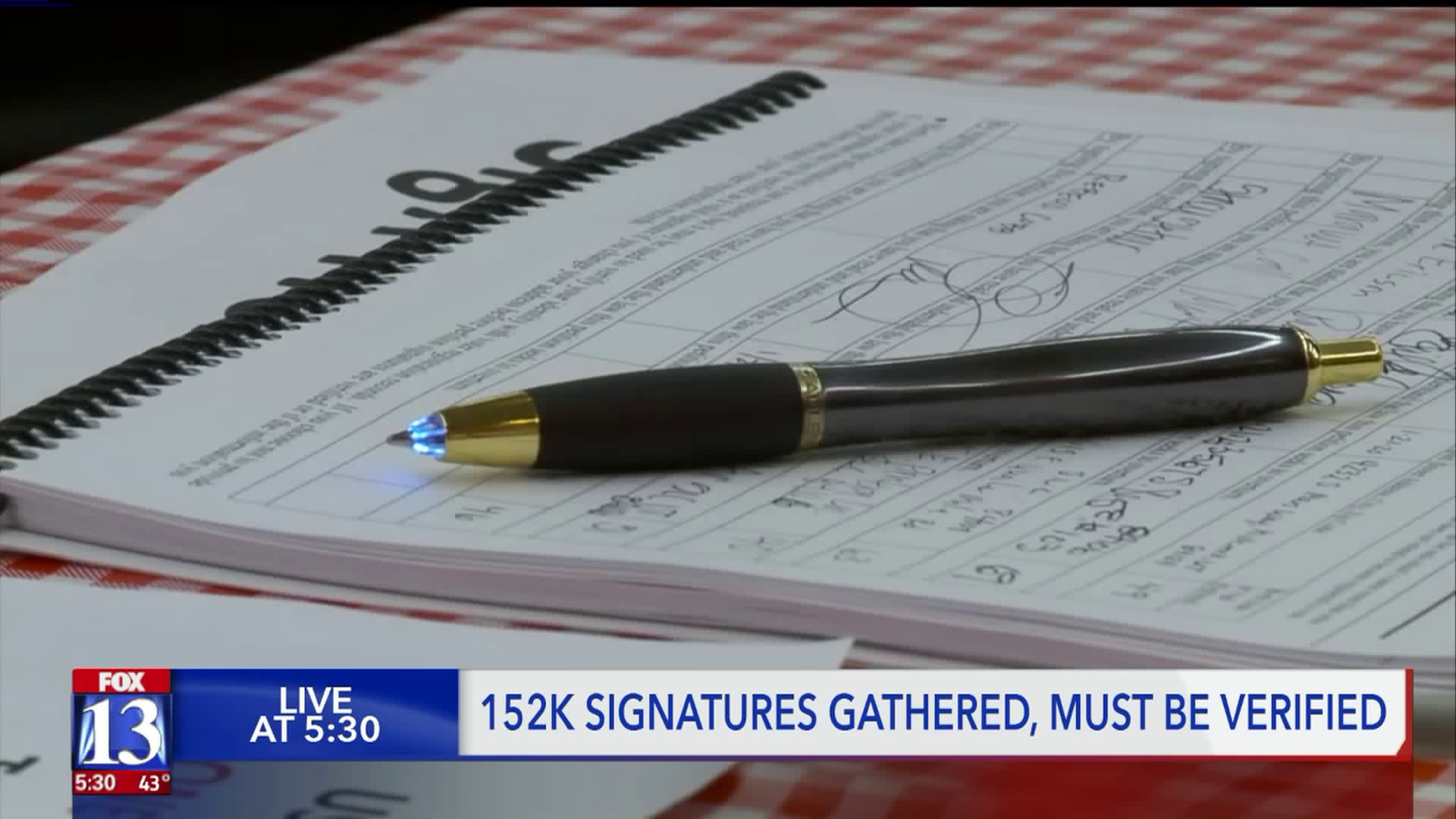 About 152,000 signatures have been gathered by supporters to get the tax bill on the November ballot, according to organizer Fred Cox. 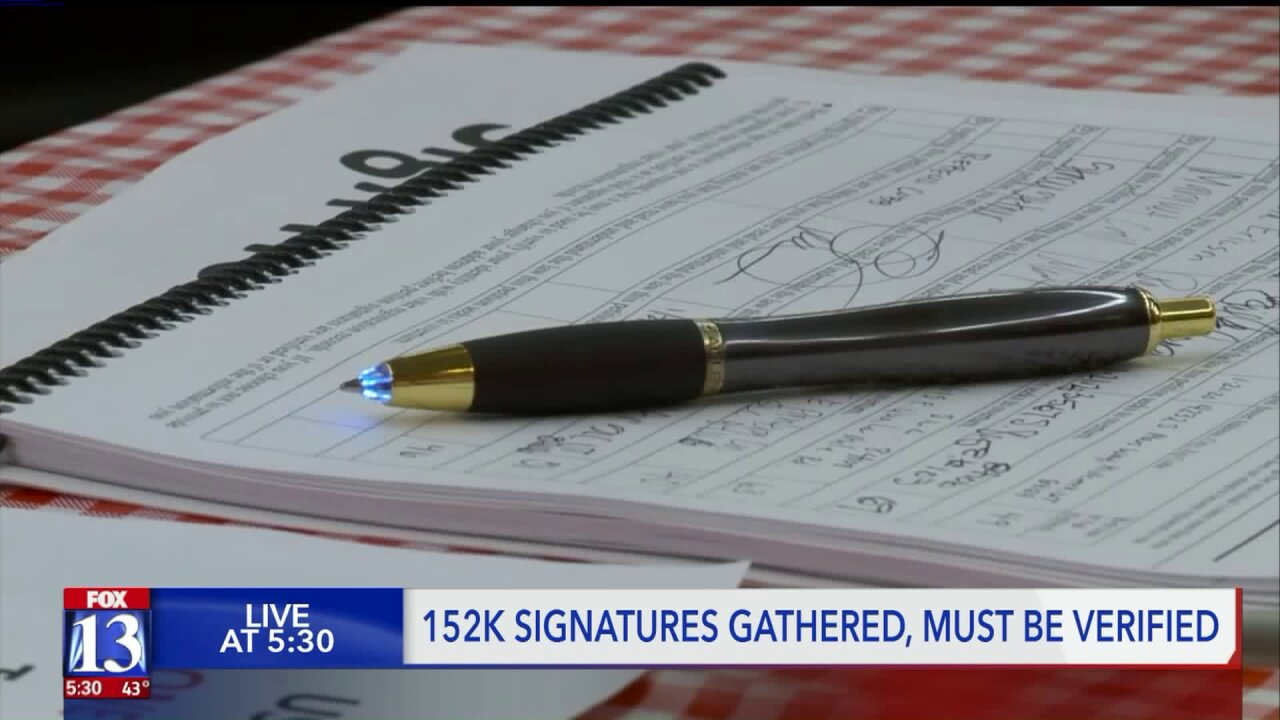 SALT LAKE CITY — About 152,000 signatures have been gathered by supporters to get Utah's reformed tax bill on the November ballot, according to organizer Fred Cox.

“This will be on the ballot,” Cox said during a news conference.

The number of verified signatures needs to reach 116,000 for a public vote.

The deadline to turn in the signatures was 5:00 p.m. Tuesday.

Michele Rivera estimates she’s collected more than 700 signatures for the referendum, including that of U.S. Rep. Ben McAdams.

“We were just trying to get as many signatures as possible, and I had the time, and people were coming in,” Rivera said.

For nine days, Rivera volunteered at Brickyard Harmons for up to 12 hours at a time. She even took time off work.

The task of gathering 116,000 verified signatures in a little more than a month was considered herculean.

“It was a miracle to bring all of these people together, to get as many signatures as we have had,” said referendum sponsor Judy Weeks-Rohner.

It took other successful initiatives a year to collect the needed signatures with the help of paid gatherers. Something the volunteer group did not use.

In the hours leading up to the 5 o’clock deadline, volunteers handed off the remaining signatures in a drive-thru at the Salt Lake County Office.

If enough signatures are gathered and verified, the bill would be subject to a public vote in November.

"I am feeling very proud that the neighborhood has come together, conservatives and liberals, 18-year-olds and 90 year-olds,” Rivera said.

Official numbers are not expected until the end of the week. It will take a couple of weeks to verify the signatures.