Romney gives hope to each side as impeachment trial begins 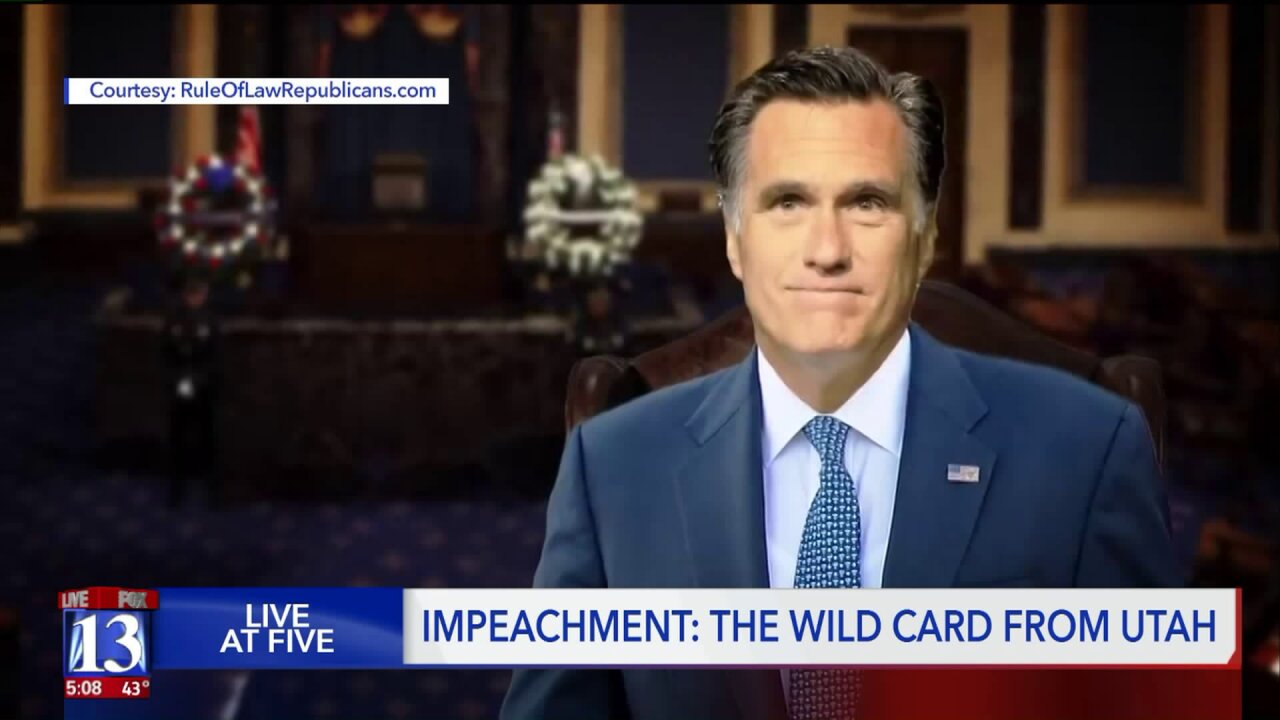 SALT LAKE CITY — Utah Senator Mitt Romney is seen as one of the few Republican members of the U.S. Senate perceived as undecided in the impeachment trial of President Donald Trump, and he’s doing nothing to dispel the impression.

In a Monday evening letter, he seemed to disagree with one of the President’s legal arguments: that the House charges don’t amount to actual crimes and are thus not impeachable.

But after providing that encouragement to Democrats, he suggested he was not leaning their way in an interview with CNN on Tuesday morning.