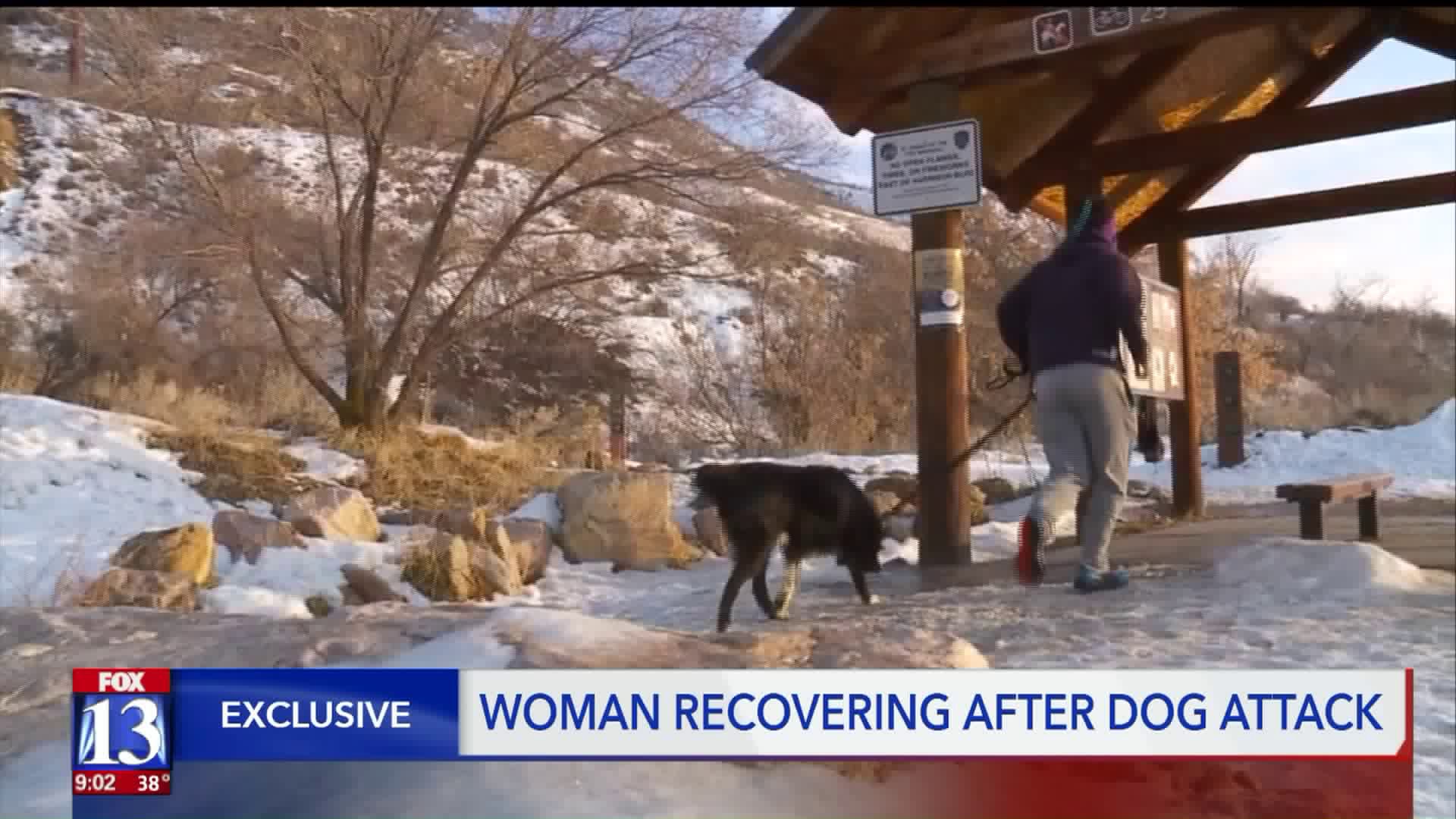 A local hiker is recovering from injuries sustained during a dog attack on Monday morning. 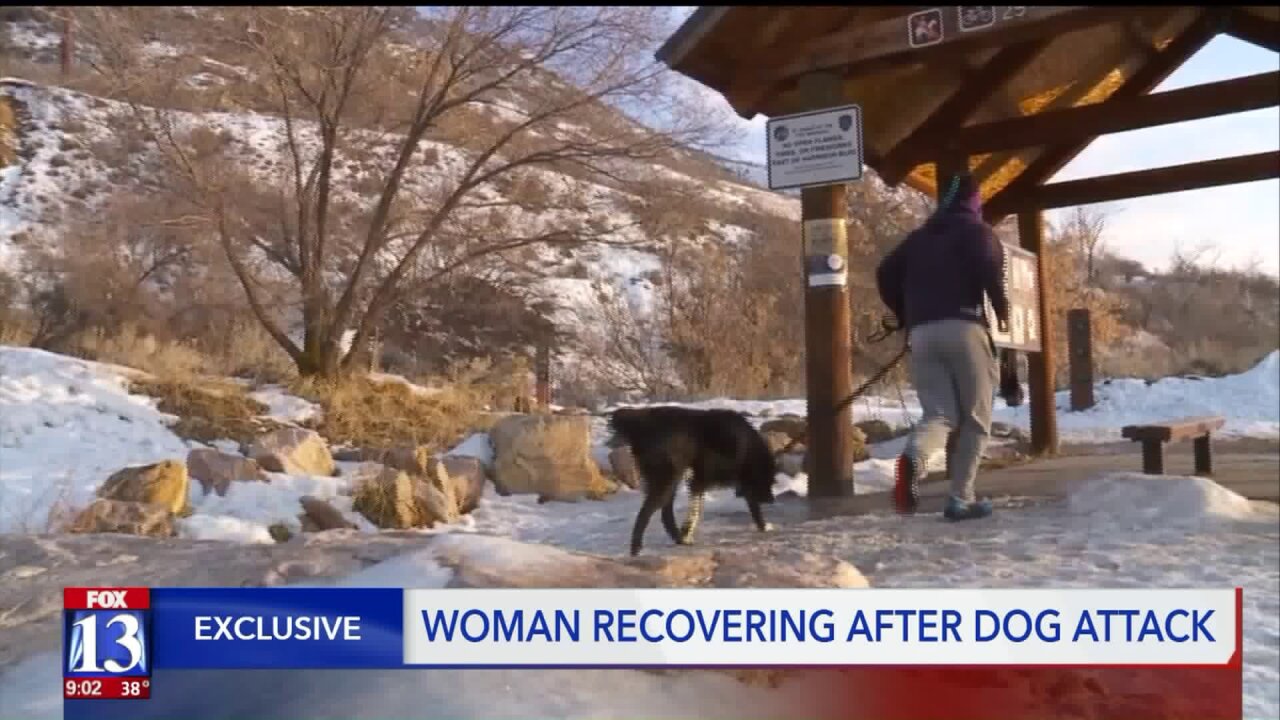 OGDEN, Utah — A local hiker is recovering from injuries sustained during a dog attack on Monday morning.

Ogden Police confirmed the report made by Denielle Schow, who says she and her dog were attacked by an off-leash dog on the Waterfall Canyon trail near the 29th Street Trailhead.

Schow says she was near the top of the trail with her German shepherd on a leash when an unleashed white husky came running toward them.

“I was holding my dog back and then they [both dogs] just went at it in front of me, and my leg was just fair game in middle,” Schow said.

She says the other dog’s owner was nowhere to be found for a few minutes, until he came down the trail a few minutes later.

“I was kind of dumbfounded that he didn’t even stop, he just kept walking and talking and that was it,” Schow said. “If my dog injured a person, I would be like, 'Oh my gosh, let me help you.’”

Schow says the man may have exchanged false information with her, including his name. FOX 13 tried to reach the man on the phone number provided to Schow and was unsuccessful. As of Tuesday afternoon, Ogden Police weren’t able to reach the other dog’s owner either.

Eynon says that breaking the ordinance would involve an issued citation and result in a fine.

Schow wants the other dog owner to come forward to assist with the emergency room bills associated with her injuries.

“I had to get six stitches and some x-rays, and then I’ll have to go back in a couple of weeks to have it looked at,” she said.

Neither dog was injured during the attack.

“The guy was like, ‘My dog’s not aggressive' ... It doesn’t matter if your dog is or isn’t,” Schow said. “It’s just unfortunate that my leg is disgusting.”

The City of Ogden has leash laws posted online, which are defined as Ordinance 13-3-6A, mandating humane restraint for pets in all public areas.

“Dogs shall be leashed at all times they are off of their own property,” the law reads. “In all public areas including parks, walkways, playgrounds, streets, and common areas all dogs must be leashed. The only exception is at Ogden's Dog Park where designated areas are completely fenced and confined to offer an off-leash experience for both large and small dogs.”