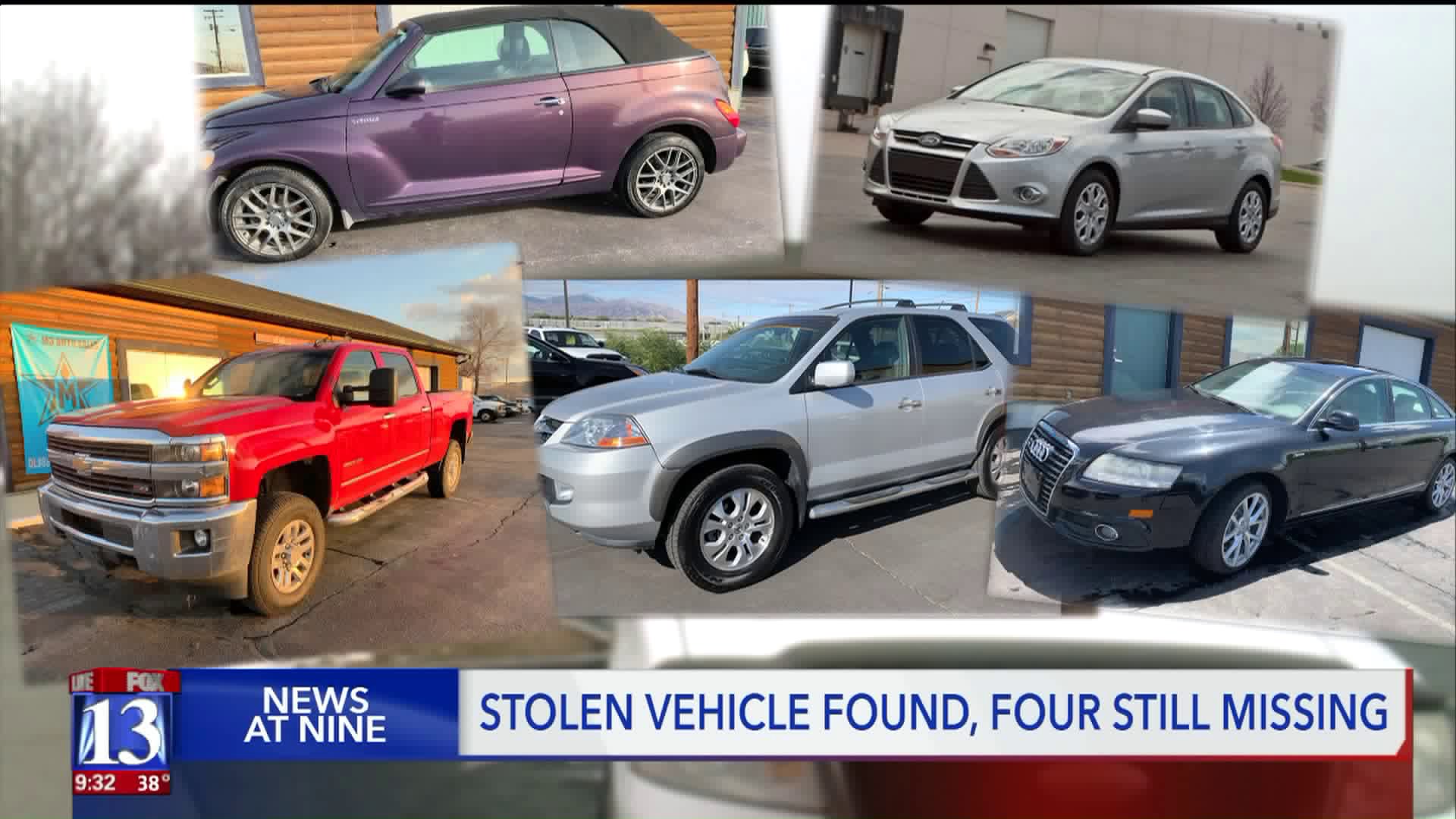 A Murray car dealership owner is warning buyers to be aware after thieves made away with five of their cars, keys and dozens of titles; police recovered one of the vehicles Tuesday, but said they have no leads. 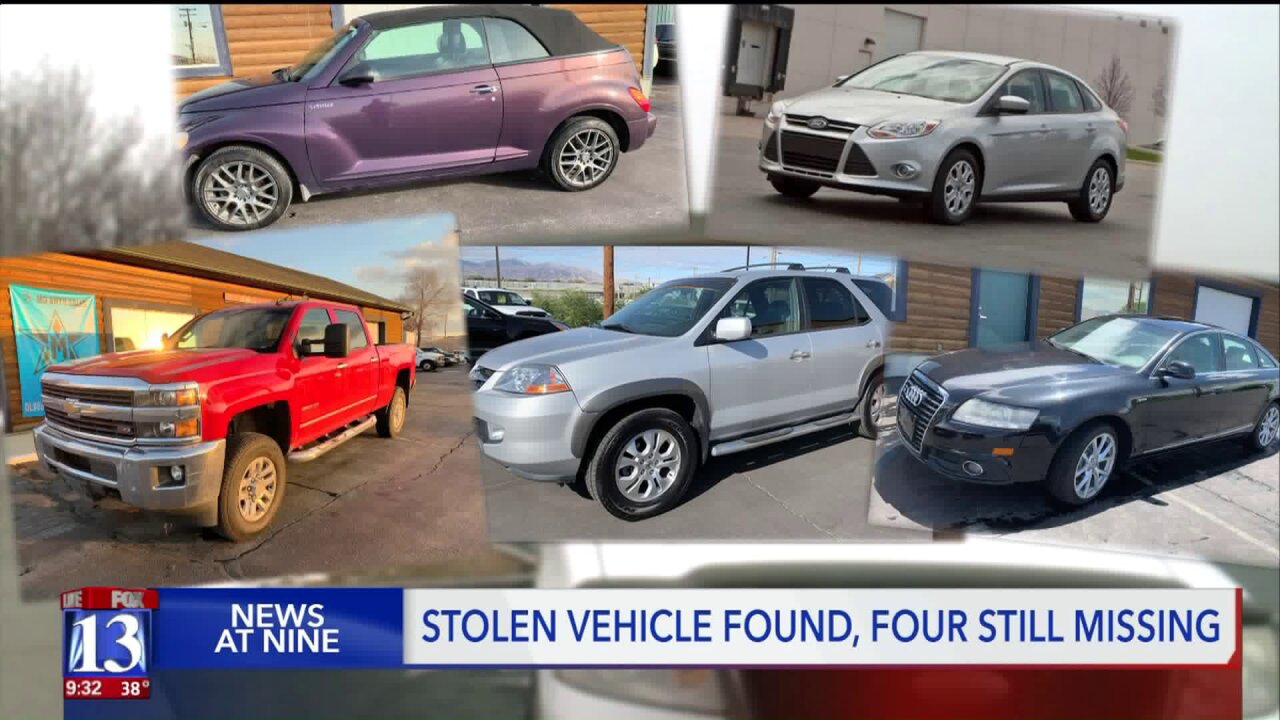 MURRAY, Utah — A Murray car dealership owner is warning buyers to be aware after thieves made away with five of their cars, keys and dozens of titles.

Police recovered one of the vehicles Tuesday, but said they have no leads.

When Mark Bass moved his business in April of 2019, he said he was drawn to Murray.

“We really love this area and felt like it’s a secure area,” said Bass, the owner of M3 Auto Sales in Murray.

In their nine months of operation at the new spot, they never had any issues. Then, it happened in what seemed like an instant.

“Five vehicles were stolen in total, we estimate between 50 and 60 titles,” Bass said.

“They pulled in, went this direction, came straight back,” Bass said as he pointed towards a white garage door. “They used the ball of the hitch to push the garage in just enough to where they could climb through and get into the building.”

“It’s one of those things where people go through your personal space, you know you feel secure where you live, where you work, so I definitely felt violated,” Bass continued.

Bass said inside, the thieves took anything of value – a computer, their box full of keys and dozens of titles — pretty much anything a thief would need to come back and take more cars.

“We can’t actually operate because we don’t have keys and titles,” Bass said. “We can’t send someone on a test drive with no keys and we can’t sell a car without a title.”

Surveillance footage, captured by a business across the street, catches it all. Just before 9 p.m., a pick-up truck pulls into the M3 Auto Sales lot and backs into the garage door. A few minutes later, headlights beam from one of the dealership's cars and both trucks leave.

“Doesn’t look like they turned lights on even,” a man can be heard saying as the surveillance footage plays.

A few hours later around 11:45 p.m., the thieves return with the stolen truck in tow and extra people.

“That’s your truck, right?” one man asks as the footage continues, the stolen truck in the frame. “That’s my truck, yeah.”

A little while later you can see the cars pull out of the lot one-by-one, making a clean getaway with the five cars, keys and titles -- bringing the small business down in a matter of minutes.

“At this point we’re having to close down until we can get those things resolved,” Bass said.

Bass said they do have insurance, which covers the retail cost of the stolen cars (an estimated $45,000 value).

However, any damage or theft which occurred inside of the building is on them. Bass estimated it will cost $1,200-2,000 to have new keys made, and about $6 per title (roughly $300 total) for replacements -- he didn’t have a number on the cost of the physical damage at this time.

Bass hopes to partially reopen in the coming weeks but does not think they will be fully operational again for another one to two months. He estimated they will also lose $10,000-15,000 in revenue during the closure, making it hard for them to cover bills.

Despite the costs, they want car buyers to beware.

“You meet up with these guys, you think you’re getting a screaming deal, they have the truck, they have the title, you go to the DMV and then you find out that it’s stolen,” Bass said. “We’re trying to get the word out, so people see these vehicles and don’t get scammed, don’t get hurt, because of these people.”

Police were able to recover one of the cars, a 2003 Acura MDX, which was left at a Sapp Brothers truck stop off I-215 and California Avenue early Tuesday morning.

Anyone with information regarding the theft is asked to call Murray City Police.