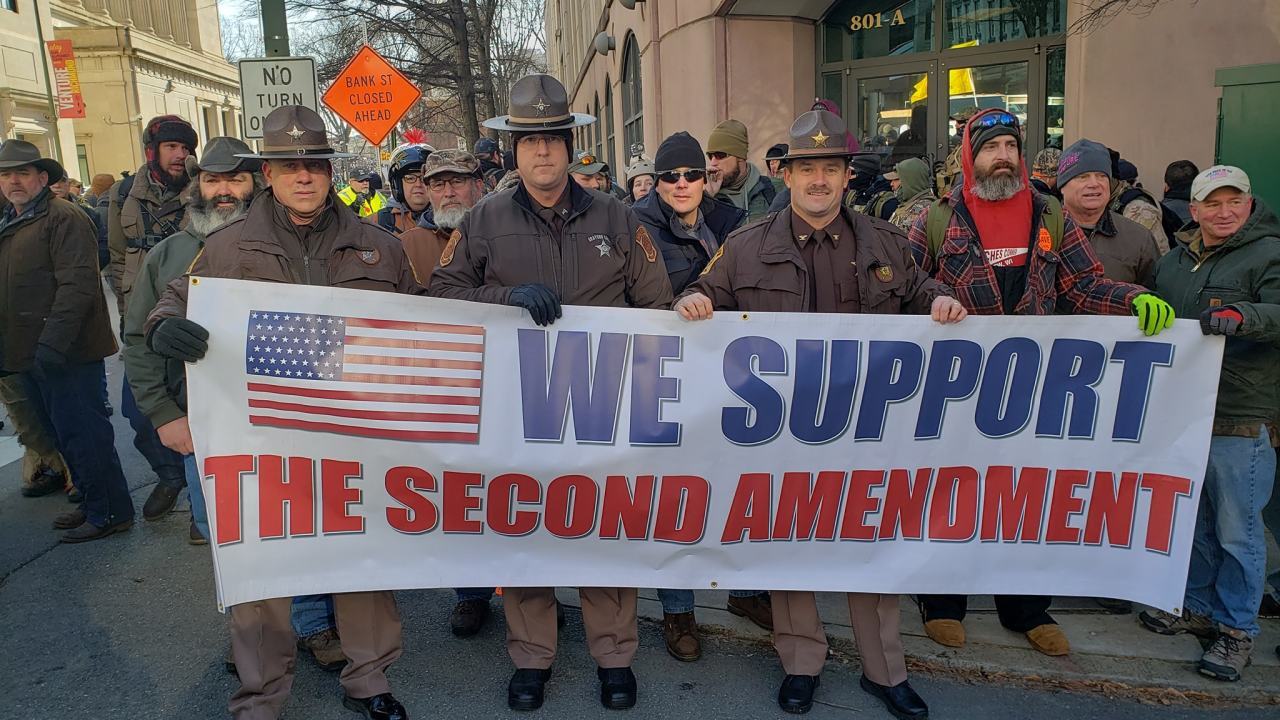 RICHMOND, Va. — Thousands of pro-gun rights activists converged around the Virginia Capitol on Monday to voice opposition to gun control legislation proposed by the Democratic-held legislature.

Among the vocal critics of the bills were members of law enforcement, who used their official office to advocate against some of the proposals.

The Grayson County Sheriff’s Office posted on its Facebook page its support for the protest. The sheriff’s office also posted photos of deputies in uniform holding a sign saying, “we support the second amendment.”

“Great turnout for 2A rally in Richmond today! Standing room only!!” the post read.

Culpeper County Sheriff Scott Jenkins also attended the rally to show his support. He said he would deputize gun owners if Virginia lawmakers move forward with gun legislation. It is unclear if said deputies would have arrest power.

“My intent was to swear in thousands of auxiliary deputy sheriffs and make it legal for them to possess the weapons that they’re trying to ban and restrict,” Jenkins said.

Dozens of sheriffs in Virginia have stated that their departments would not enforce gun laws they feel are unconstitutional. Jenkins suggested, but would not directly answer, whether his department would enforce state laws involving gun control if Democrats move forward with legislation.

“I’ll have to make a determination if these laws they pass or a violation of that,” Jenkins said.

Although thousands gathered in Richmond to protest gun legislation, Gov. Ralph Northam said there was a reason why Democrats were elected in Virginia. In his State of the Commonwealth address earlier this week, Northam referenced the legislature’s response to a mass shooting at a Virginia Beach municipal complex last year as a reason why Democrats gained a majority in the Virginia House for the first time in nearly three decades.

“Virginians watched. They saw what happened, and they were appalled. So they changed the legislature. And here we are,” Northam said.

While a bill to ban assault weapons was dropped earlier last week, other bills are still being considered. One is limiting the purchases of firearms to one a month.

Earlier this month, Northam signed legislation to prohibit firearms inside of the Capitol building and an adjacent legislative office building.

Another one of the more controversial bills is a so-called “red flag” law, which would allow for law enforcement to take away firearms from gun owners who are considered a danger to themselves or others.

Northam defended this legislation as “constitutional.”

“If you have demonstrated extreme risk of violence, or there’s a protective order against you, you shouldn’t have a firearm. This means universal background checks. If there’s nothing in your record, you have nothing to worry about,” the governor said.