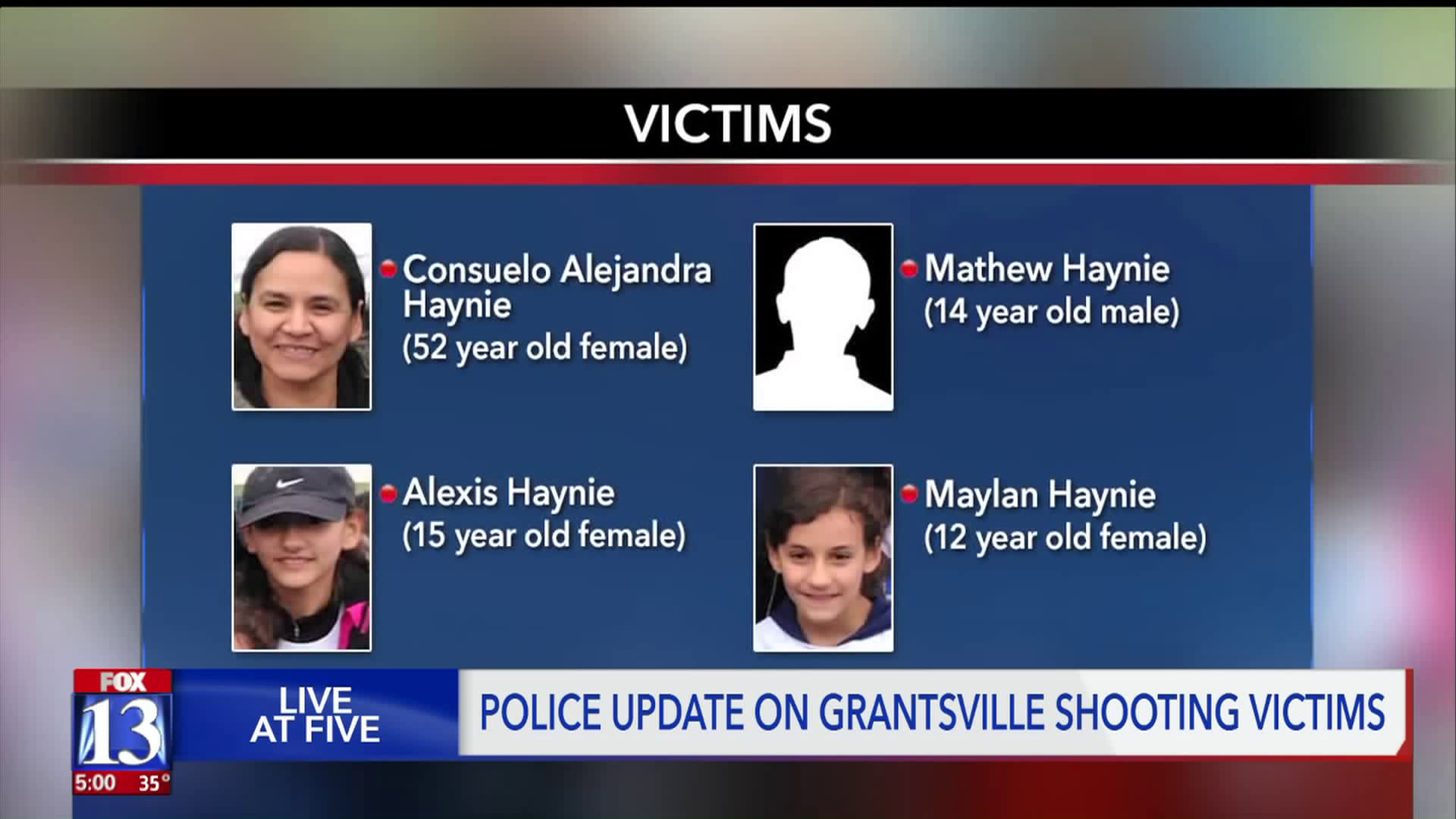 Police have released the names of the five family members who were shot Friday night in Grantsville, four of whom were killed. 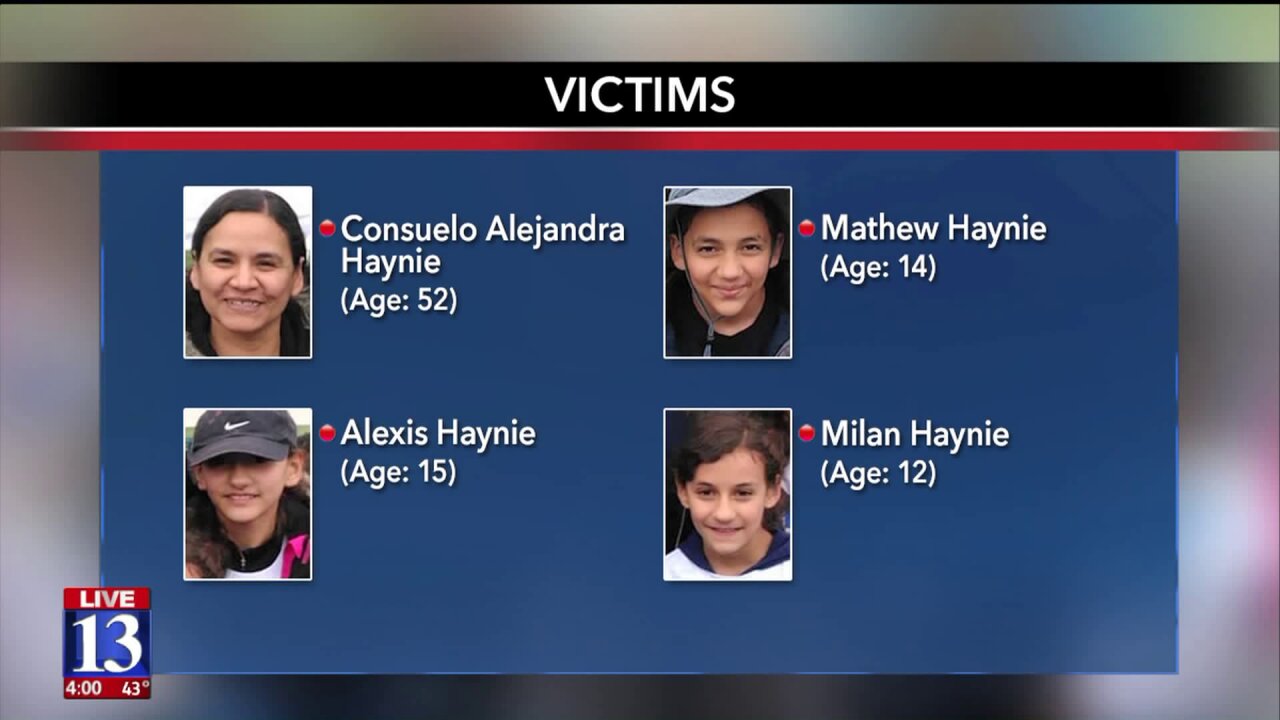 GRANTSVILLE, Utah — Police have released the names of the five family members who were shot Friday night in Grantsville, four of whom were killed.

Grantsville Police held a press conference Monday afternoon, where they said the victims are members of the Haynie family.

The father, 50-year-old Colin Haynie, was shot, wounded, taken to the hospital and has been released.

The mother, 52-year-old Consuelo Alejandra Haynie, was shot and killed, along with three of their children: Alexis, 15, Matthew, 14, and Milan, 12.

One boy has been taken into custody in juvenile detention, held on four counts of aggravated murder, one count of attempted aggravated murder and multiple felony counts of discharging a firearm. His name and age have not been released.

"It is believed that he is a part of that same family, though without releasing his formal identification, there is no formal relationship," Grantsville Police Cpl. Rhonda Fields said.

Fields said the suspect was taken into custody peacefully at the Mountain West Medical Center in Tooele, where a person who police believe was an acquaintance of the family had driven him and the surviving gunshot victim. The suspect was not injured. Police added that he has refused to speak with investigators.

His identity may be released once formal charges have been filed.

Fields said the department has been extra cautious with releasing information on the victims because many are children, and they attend multiple schools within a tight-knit community, thus affecting hundreds of children and a significant portion of the community.

Counseling services have been offered at no cost for those in the community, Mayor Brent Marshall said. Valley Behavioral Health will be in the Grantsville Library Tuesday from 4-7 p.m., and additional dates can be scheduled if necessary.

The Tooele County School District has also announced that there will be crisis counseling services available for students in the area on Tuesday.

Grantsville Police Chief Jacob Enslen took the opportunity to thank the community for its "outpouring of support for those affected," and for supporting law enforcement.