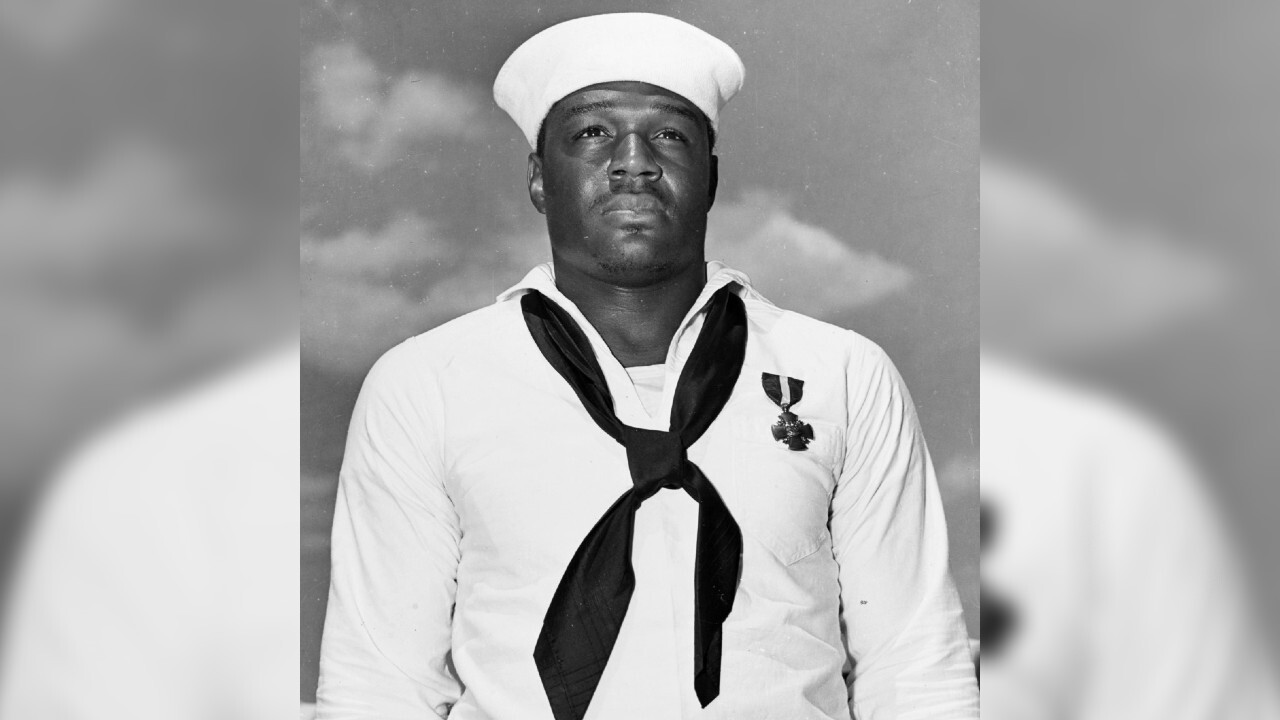 The U.S. Navy is expected to honor a World War II hero when a new aircraft carrier is named for Mess Attendant 2nd Class Doris Miller.

“Dorie” Miller enlisted in September 1939 as a Mess Attendant Third Class. He was recognized for manning a machine gun on the USS West Virginia and returning fire against Japanese planes during the Dec. 7, 1941, attack on Pearl Harbor.

He then helped rescue injured sailors as ship evacuations were ordered. Miller was awarded the Navy Cross for valor for his actions, the first African American to receive the award.

This will be the second ship named after Miller and the first aircraft carrier ever named after an African American.

“In selecting this name, we honor the contributions of all our enlisted ranks, past and present, men and women, of every race, religion and background,” said Acting Secretary of the Navy Thomas Modly. “Dr. Martin Luther King, Jr. observed, ‘Everybody can be great – because anybody can serve’. No one understands the importance and true meaning of service than those who have volunteered to put the needs of others above themselves.”

Miller served aboard the USS Indianapolis from December 1941 to May 1943, before being assigned to the escort carrier Liscome Bay. He died while serving on a ship that was torpedoed by a Japanese submarine in November 1943, during the invasion of the Gilbert Islands.

This story was originally published by Mark Saunders at KGTV with contributions from The Associated Press.