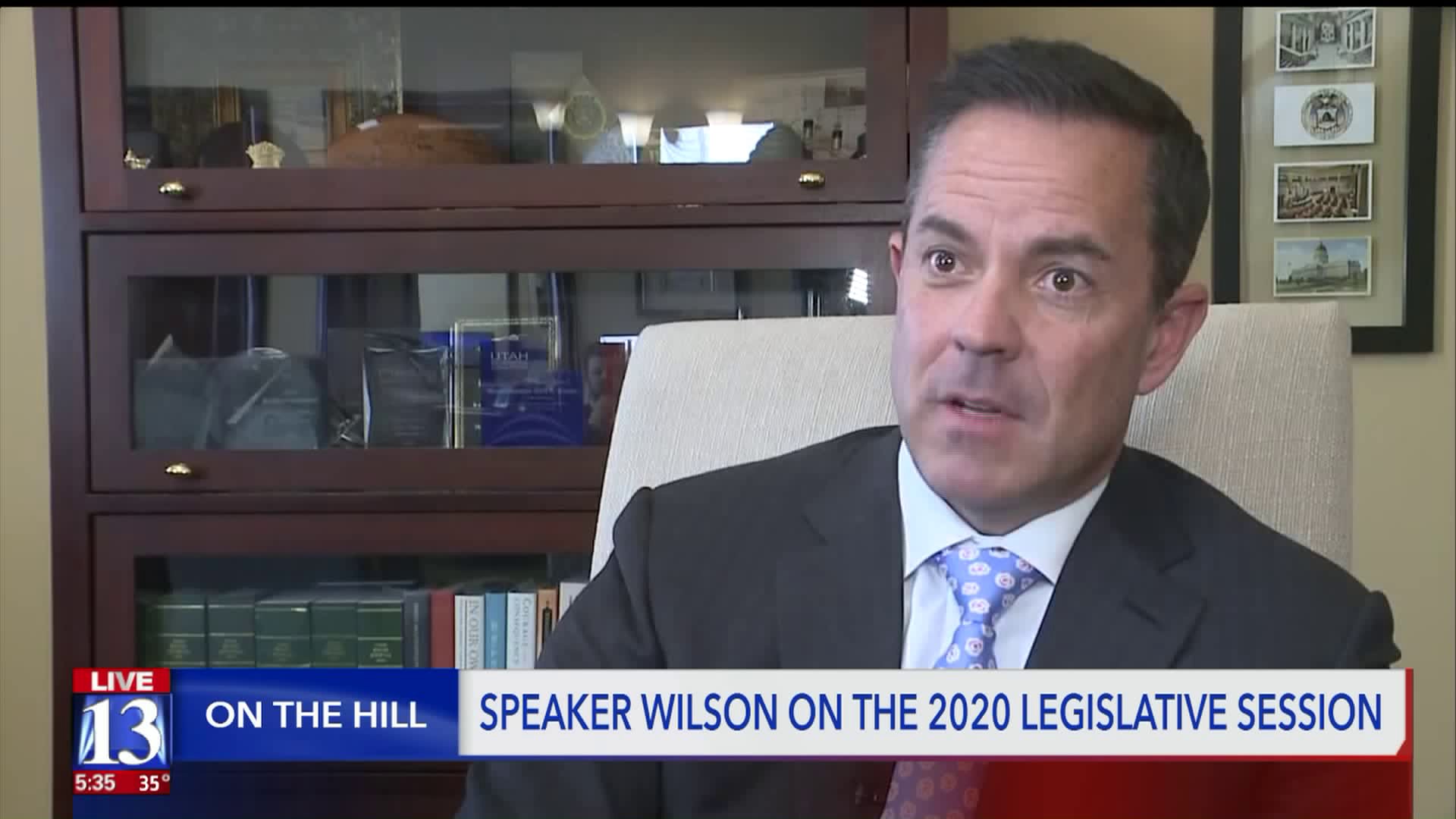 House Speaker Brad Wilson is preparing for a busy legislative session.The 2020 Utah State Legislature kicks off next week with more than 1,100 bills already requested. In a recent interview with FOX 13, the Speaker outlined priorities the Republican majority has this year. 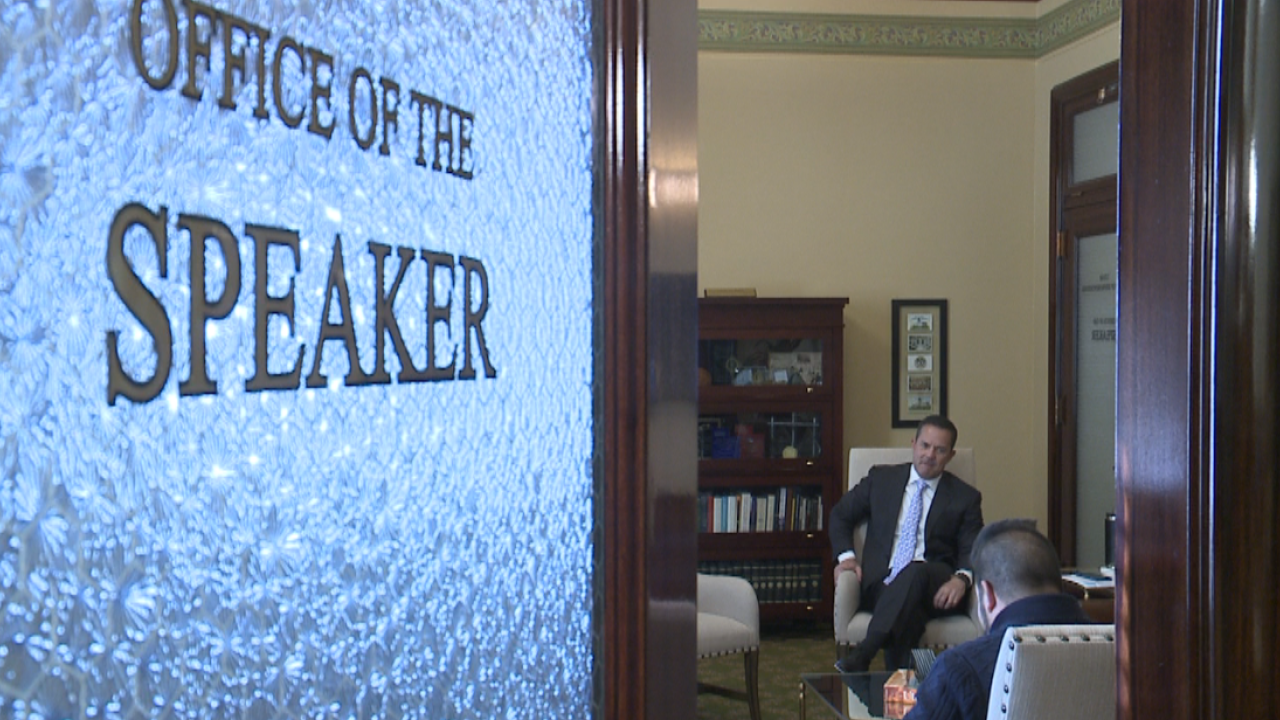 The 2020 Utah State Legislature kicks off next week with more than 1,100 bills already requested. In a recent interview with FOX 13, the Speaker outlined priorities the Republican majority has this year.

"The things we heard the most were number one: education," he said. "The second thing our members told us is transportation. We’re seeing continued congestion up and down the state and how do we make wise investments, and the other concern is housing affordability. It’s a big concern, growing concern."

A referendum on the Utah State Legislature's massive tax overhaul bill could overshadow the beginning of the 2020 session next week.

Referendum organizers claim to have gathered 112,000 of the approximately 116,000 signatures needed to qualify for the November ballot. While defending the bill the legislature passed as overall positive for Utah families, Speaker Wilson, R-Kaysville, did not see any other major tax bills.

"Right now, because the tax changes that we made resulted in a big tax cut for Utah families? I don’t think there’s plans to make big changes," he said.

If the referendum qualifies, it would put implementation of the legislature's bill on hold. Lawmakers in special session passed a $160 million income tax cut, but also hiked the sales tax on food, gasoline and imposed new taxes on some services. Lawmakers have argued it's necessary as Utah faces budgetary changes including more people buying services than goods (and sales taxes pay for essential government services).

But the food tax has not been popular, largely driving the referendum effort. In arguing against the referendum, Speaker Wilson said Utahns who get a tax cut would just be giving more money to Capitol Hill.

There is a bill filed to possibly remove the constitutional earmark on the income tax for education. But the House Speaker wasn't sure how it would fare.

"That’s a conversation we’ll be having during the session. It’s hard to predict where the body wants to go on that," he said.

Mass transit could see additional attention during the legislative session. Governor Gary Herbert proposed spending $100 million on air quality this year, including funding for expansion of the grid for electric vehicles and investments in transit.

The Speaker said transportation and connectivity to transit is a big issue for the House to tackle.

"Mass transit has already taken off what we think is between a lane and a half and two lanes on I-15," he said.

Speaker Wilson also said he wants to see more done to preserve quality of life in Utah, including more work on trails and outdoor recreation.

The Speaker, whose day job is a home developer, also called for more to be done with affordable housing in the state.

"We have got to figure this out. We are one of the most expensive metropolitan areas in the country now, in terms of housing," he told FOX 13. "Our housing costs more than our western neighbors does."

Some bills are already generating controversy before the legislature even starts. Lawmakers have received numerous emails over Rep. Angela Romero's House Bill 90, which requires clergy who receive a disclosure of abuse to report it to law enforcement. The Catholic Diocese of Salt Lake City said it opposes the bill and a group called The Catholic League has launched a campaign against Rep. Romero's bill.

"I think that bill needs some work, and we’ll let it go through the committee process and see what the committee recommends and go from there," Speaker Wilson said of it.

Asked by FOX 13 if it should move forward in the legislature, the Speaker replied: "Probably not in its current form." But he defended the Democratic lawmaker running it.

"I also know that Rep. Romero is a great lawmaker and she will work hard to find a solution that tries to take care of everyone’s needs," he said.

LGBTQ rights groups are raising concerns about bills that could seek to set restrictions on transgender youth. Those are still being drafted.

"There’s some tricky issues here. We care about individuals, we also care about parental rights and kids," said Speaker Wilson. "So these are some of the trickiest issues we deal with here and we just kind of have to let the process work through and see where we end up."

The House Speaker said he would like to see more done with higher education and innovation.

Utah has one of the lower rates of college going students in the country, Speaker Wilson said. He would like to see it go higher. Gov. Herbert in his proposed budget called for a tuition freeze while Utah's higher education system studies affordability of college.

"Very supportive of the concept, but we’ve got to get into the details a little," he said.