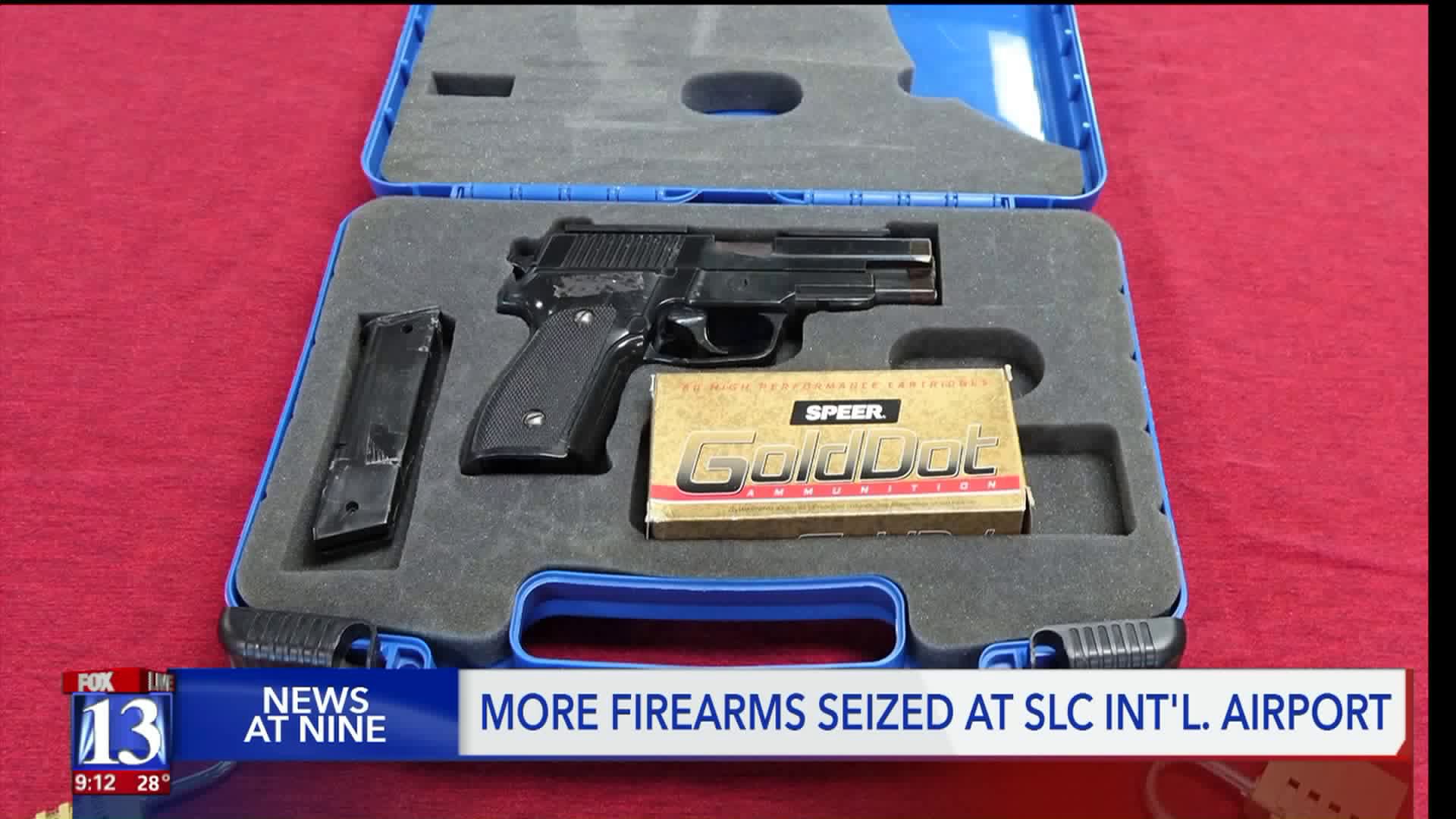 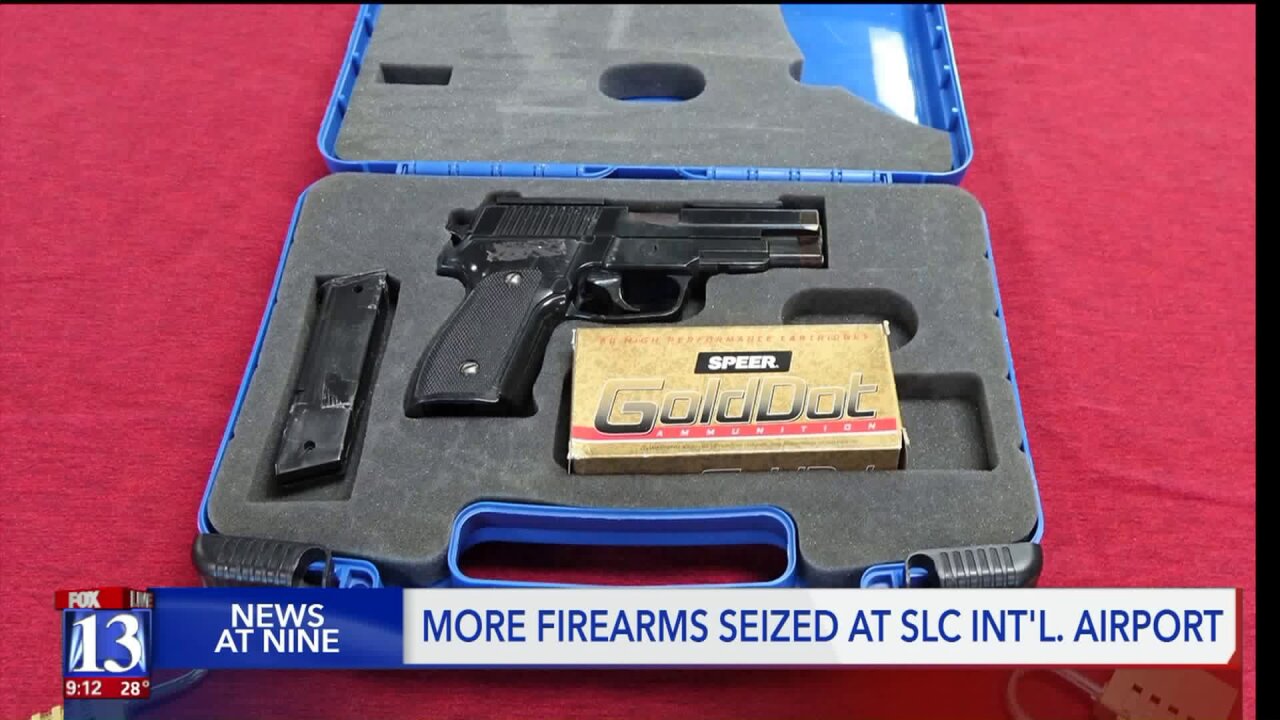 SALT LAKE CITY — The Transportation Security Administration caught more firearms at checkpoints in 2019 than ever before in the agency's 18-year history.

"Five, six, seven years ago, we were seeing an increase in the number of firearms, and then it really leveled out. So to have this in 2019, this spike is somewhat concerning," said TSA spokeswoman Lorie Dankers.

Agents discovered 4,432 firearms at 278 airport checkpoints. That is nearly a 5 percent nationwide increase from 2018, when agents uncovered 4,239 firearms.

Salt Lake City International Airport didn't crack the top-10 list from the TSA for airports with the most seized firearms. However, the airport saw a 16% increase from 2018 to 2019. In both 2017 and 2018, SLC Airport experienced 73 firearms at their checkpoints. In 2019, agents located 85.

"To see a dozen more firearms over the course of a year, that's one a month on average more than what we've been seeing," said Dankers, who emphasizes that TSA can levy a penalty against offenders ranging from $2,000 to over $10,000. "There's really no excuse for people to bring firearms in their carry on luggage. These numbers are a reminder of that."

Perhaps the more alarming numbers to take away from 2019 were the amount of loaded firearms being brought to TSA security checkpoints. Nearly 87 percent of firearms are loaded when they are discovered by agents.

"The vast majority of those have a round in the chamber," Dankers said. "I'm not saying that to alarm people, but I am saying that to remind people that when they have their firearm, don't put it in the bottom of your carry on, don't leave it loaded, don't have one in the chamber ready to go."

Those with concealed weapons permits are still not allowed to bring firearms through TSA checkpoints.

Dankers wants to remind travelers that there are legal ways to fly with your firearms:

To learn more about traveling with your firearm or the penalties you may be subject to, visit the TSA's website.