Resolution in the Utah legislature would discourage removing Native American names, symbols or imagery from schools 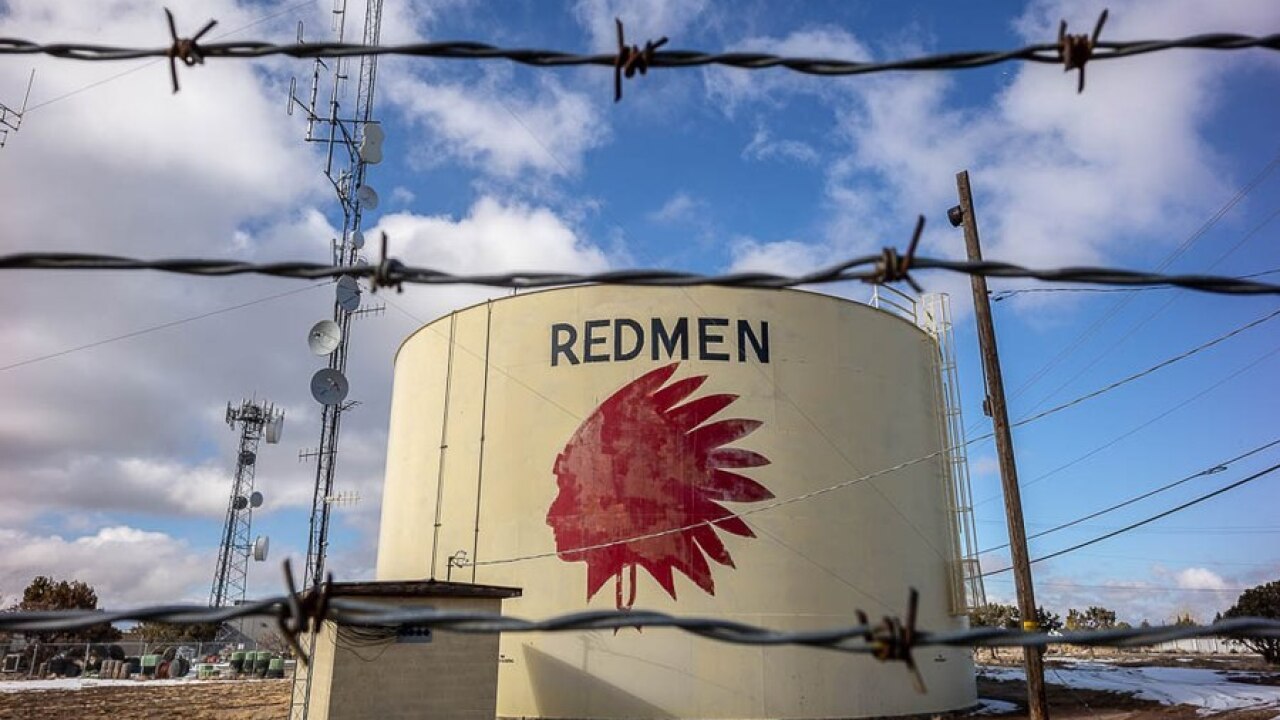 (Trent Nelson | The Salt Lake Tribune) A water tank above Cedar City with the Redmen mascot of Cedar High School. The school is considering changing the name of its mascot.

SALT LAKE CITY — A resolution introduced in the Utah State Legislature would discourage the removal of names, symbols or imagery that some Native American tribes and groups have long sought to get rid of.

House Joint Resolution 10, sponsored by Rep. Rex Shipp, R-Cedar City, would declare the legislature “supports the appropriate use of names, images, or symbols of Native Americans or other indigenous people by schools or other places.”

However, it also “discourages removal of names, images, or symbols of Native Americans or other indigenous people by schools or other places, unless after a careful and effective public process, the appropriate government entity determines that there is a consensus amongst the affected individual Native American or other indigenous people that a name, image, or symbol should be removed.”

However, the resolution that was made public this week, has faced criticism from some Native American leaders in the region. Darren Parry, the chairman of the Northwestern Band of the Shoshone Nation, criticized the resolution in a Twitter post and called for its defeat.

It is important that Legislation like this is defeated. It’s really unbelievable that this would even come up… pic.twitter.com/M7KuRa88KZ

The resolution appears to be in response to a controversy in Cedar City surrounding Cedar High’s use of the “Redmen” mascot. It was a divisive debate in Cedar City as the Iron County School Board considered getting rid of it. Earlier this year, students voted to adopt the “Reds” mascot instead.

A resolution is a statement by the Utah State Legislature and is not legally binding.