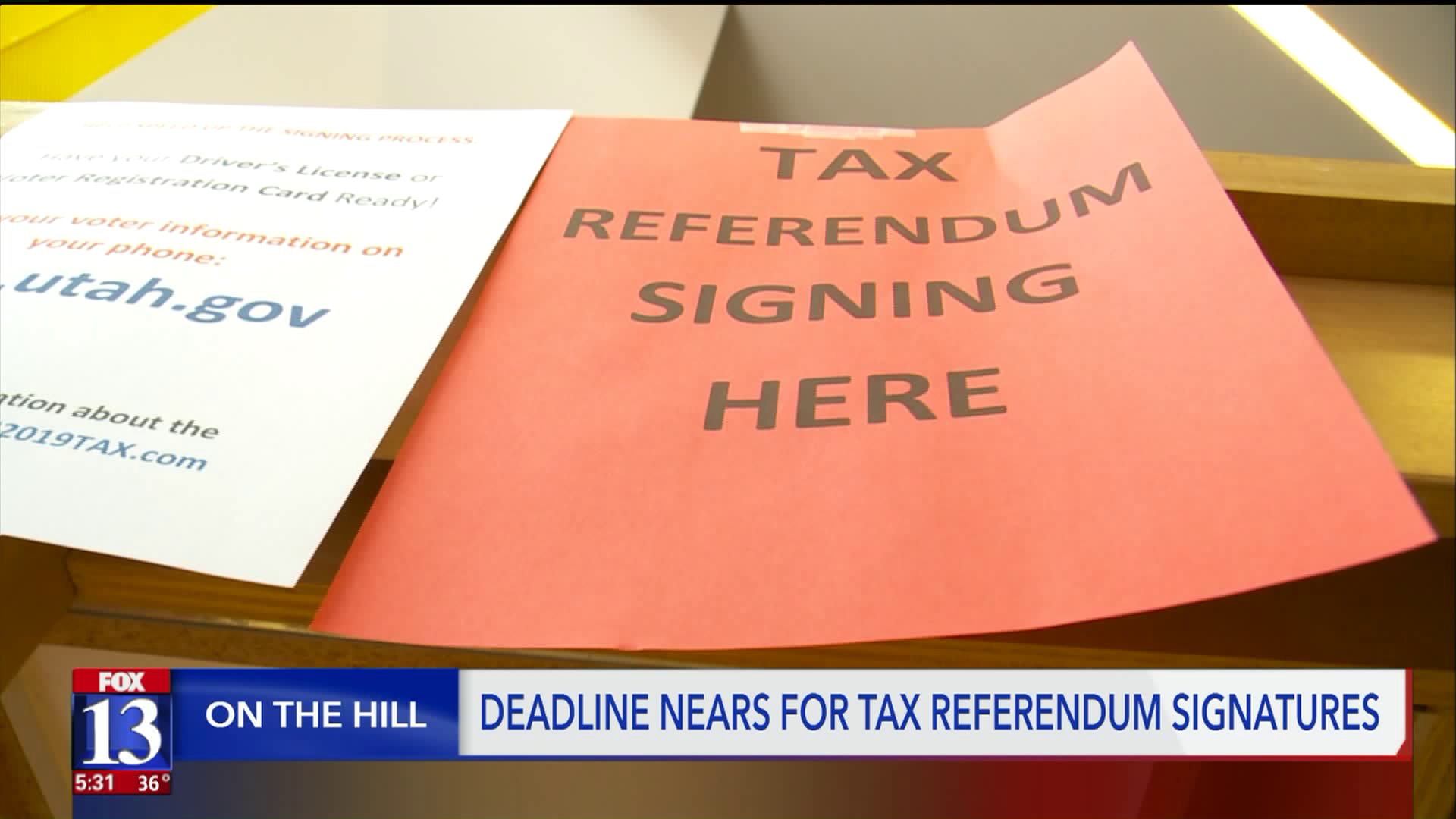 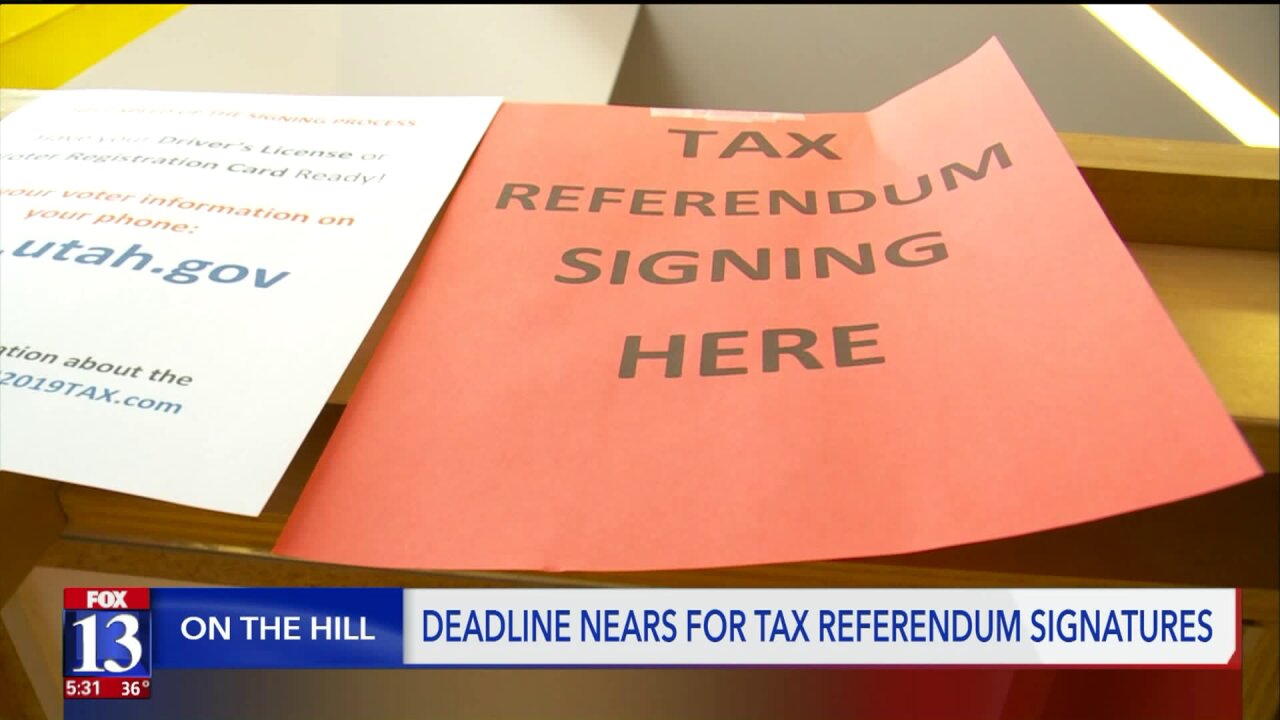 SALT LAKE CITY -- Across the state, volunteers are scrambling to gather enough signatures to get a referendum on the ballot that forces a public vote on the legislature's big tax overhaul bill.

January 21 is the deadline for signature-gathering on the referendum. Supporters of it must gather about 116,000 signatures to qualify for the November ballot. Marci Campbell, a volunteer who is gathering signatures, believes they can make it.

"It has been people stepping it up, all over the state and literally in the thousands of volunteers we have right now," she told FOX 13.

The referendum has gained significant steam in recent weeks. It's also united people on all parts of the political spectrum.

Referendum supporters got a big boost when Harmons Grocery and Associated Food Stores allowed signature-gathering in grocery stores. Harmons said it opposed the sales tax hike on groceries that the legislature passed. Others have jumped on board including most of the Republican candidates for governor and the UTA.

The legislature met in special session last month and passed a bill that cut the income tax by $160 million, but also raised the sales tax on groceries, gasoline and imposed new taxes on some services. Republican leaders argued it is necessary to stabilize the sales tax base that pays for essential government services. People are buying less goods and more services, which haven't really been taxed until now.

But the sales tax on food has been the most unpopular, and the top reason why people are signing the referendum, said Campbell.

The signature gathering threshold of 116,000 signatures is a big hurdle. So far, the Lt. Governor's Office said it has validated about 39,000 signatures. It will be some time after the Jan. 21 deadline before we know if it qualifies as those signatures must be verified. Beaver, Emery, Grand, Kane and Wayne counties have all met their thresholds, according to official numbers.

But referendum organizers believe they can get the rest, with a big blitz across the state this weekend, beginning with a rally Saturday afternoon on Capitol Hill.

As the deadline nears, supporters of the tax bill are also launching a campaign to defeat the referendum. The conservative Sutherland Institute has launched radio ads, warning Utahns that they face an essential tax hike with the referendum.

The Utah Taxpayers Association, AARP, and Republican legislative leaders have all spoken out in favor of the tax overhaul bill.

"What’s happening right now is people are being asked to sign a referendum which will send a lot more money of theirs down to the Capitol for lawmakers to spend," House Speaker Brad Wilson, R-Kaysville, said in an interview with FOX 13.

Speaker Wilson argued that the bill overall brings a tax cut for Utahns and there are credits built into the bill for people who need it.

"Yes, there’s some tax increases in this tax reform bill. But there’s far more tax cuts and our objective from the beginning was to create an environment where we sent a dividend in the form of a tax cut back to the residents of Utah," he said. "It’s been misconstrued as a tax increase when, in fact, almost 90% of the households in Utah will be paying less taxes to the state this year."

Speaker Wilson said Utahns should start seeing those tax cuts in their paychecks within a couple of months. But if the referendum qualifies for the November ballot, that would be paused until the vote in November.

Campbell said volunteers will be all over the state gathering signatures to meet Tuesday's deadline. She said people have many reasons for signing it, but most feel like their elected leaders have been ignoring them.

"They feel like their voice has not been heard. That’s the underlying theme of all of them," she said.