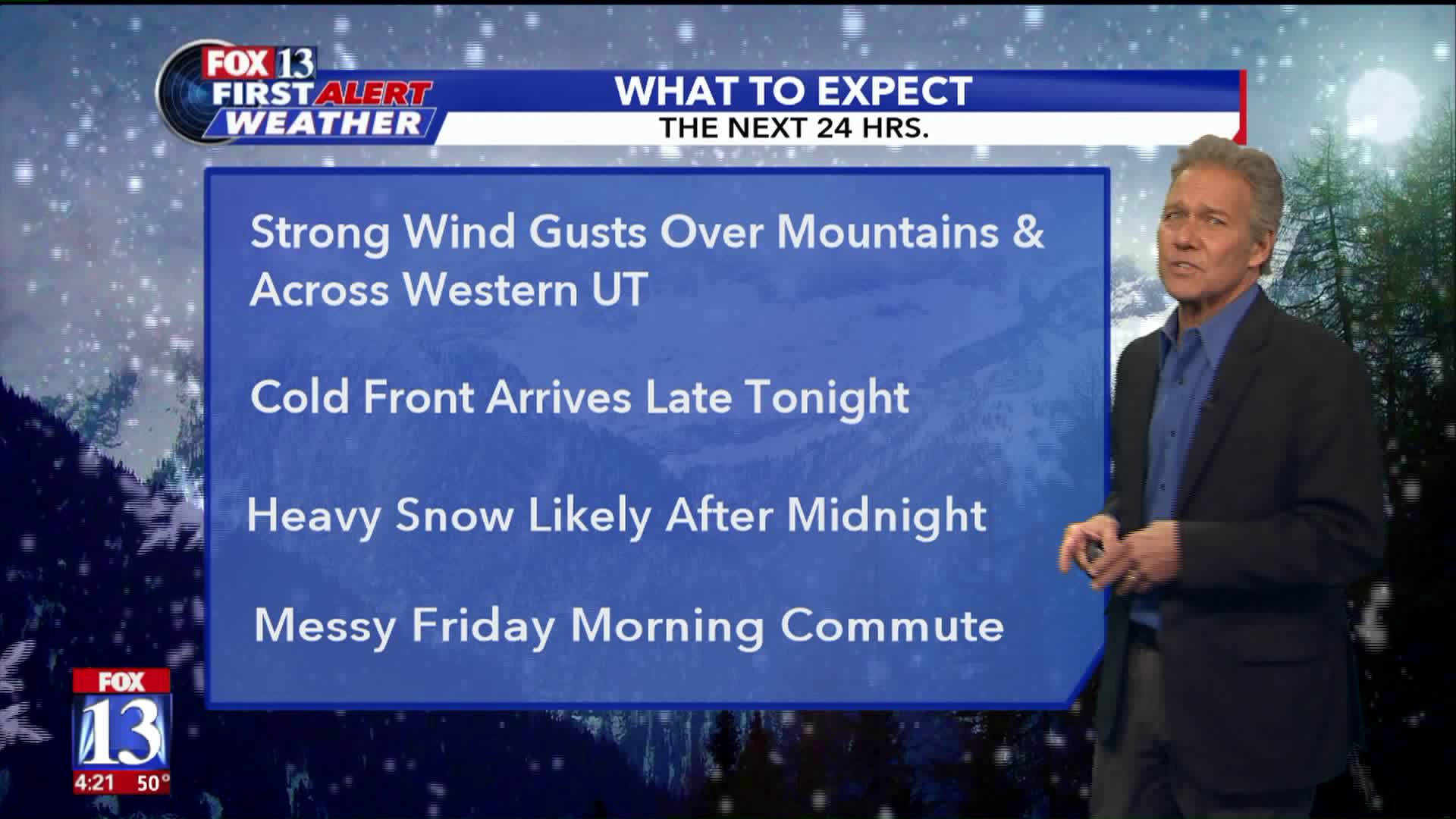 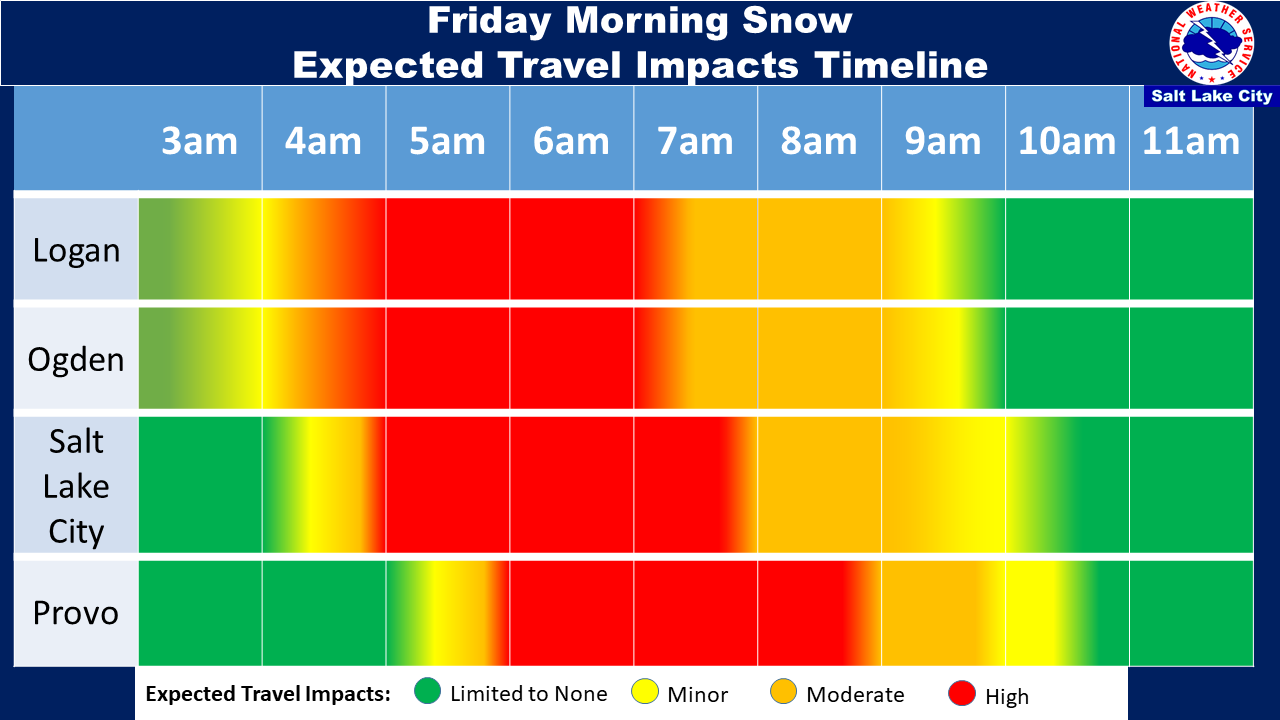 SALT LAKE CITY — A winter storm is expected to make its way through most of the State of Utah tomorrow morning, bringing snow and strong winds.

A Winter Weather Advisory has been given for the mountain areas between 2 a.m. and 5 p.m. and the Valley areas from 2 a.m. to 11 a.m.

The National Weather Service sent out a tweet with a graph showing commuters when and what areas will be affected.

Heavy snow for the Friday morning commute, however it will come in a short window on the early end of the commute. Latest forecast information this evening remains locked in on this timing and intensity. Conditions will improve quickly by late morning. #utwx pic.twitter.com/PncbRNN1gk

Most of the time impacted will be during the morning commute. FOX 13's weather team suggests leaving early to allow time for safe travel.

The advisory has caught the attention of Gov. Gary Herbert who announced on Twitter that state offices will be opening two hours later due to weather conditions.

State workers are advised to check with their local offices to see if they are impacted by the delays.

Due to an expected heavy winter storm tomorrow, we are delaying the opening of state offices by two hours. State employees should arrive by 10:00 am. Drive safely! pic.twitter.com/c6UxUCoFcm