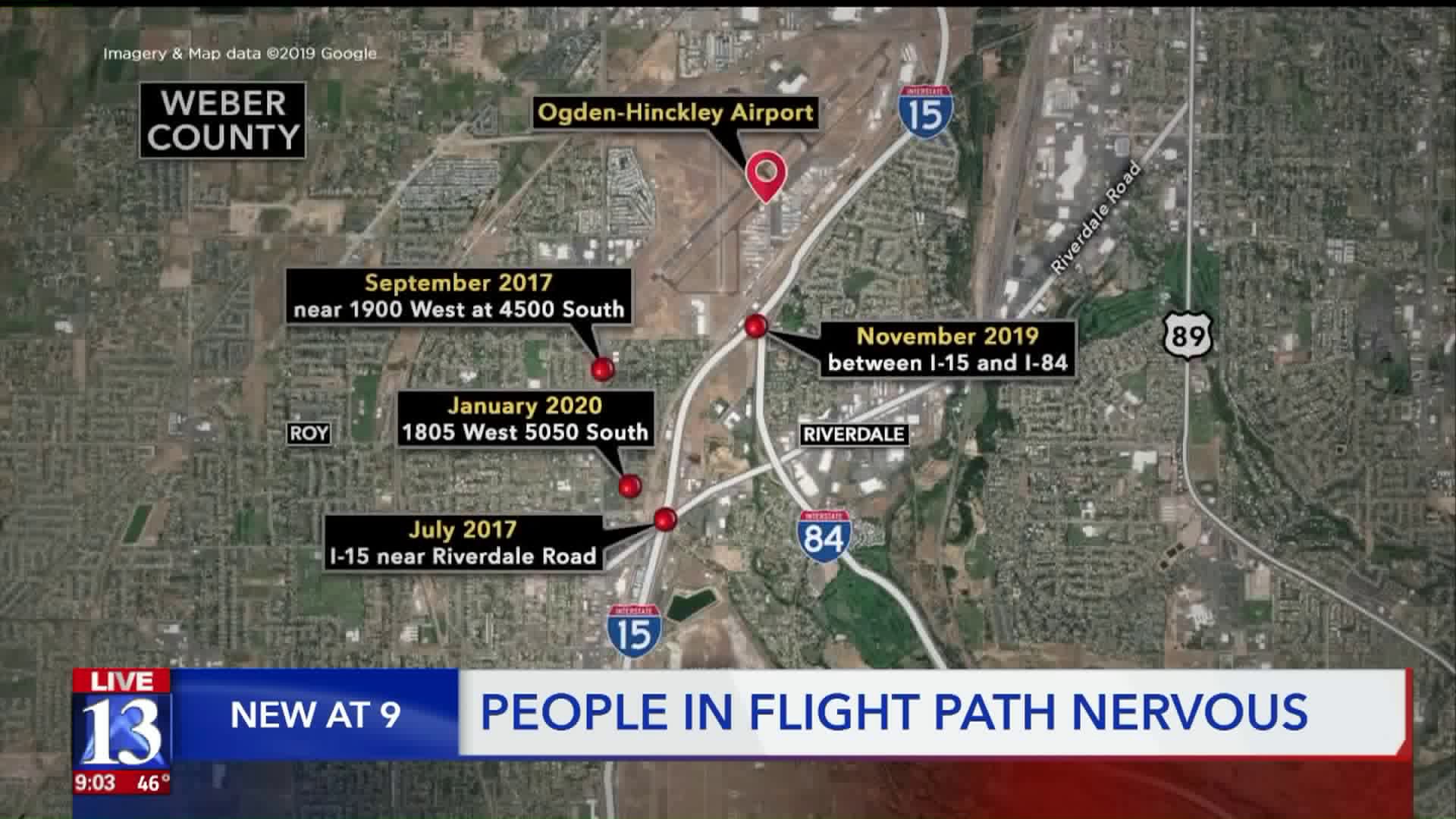 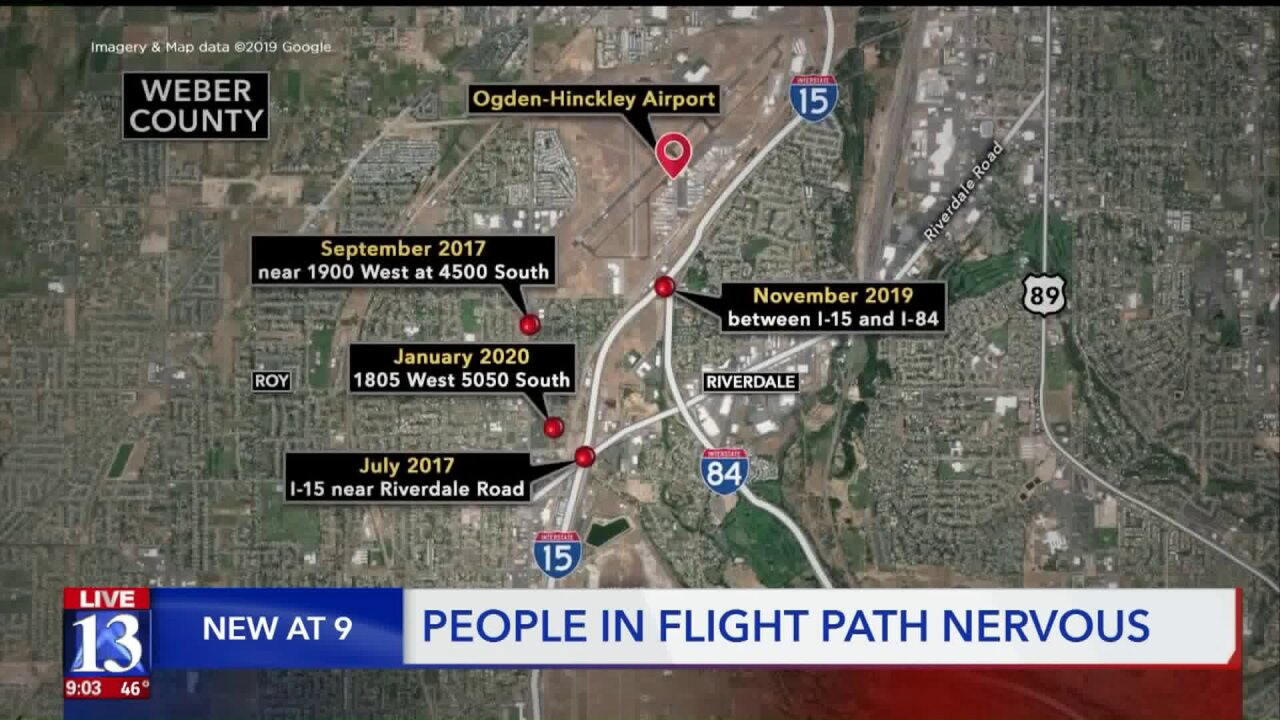 ROY, Utah — Homeowners near a cluster of plane crashes in Roy express concern after the fourth major plane crash in recent years.

The National Transportation Safety Board spent the day looking into circumstances surrounding the crash, including flying conditions and what may have gone wrong in the cockpit. The crash is among rows of townhomes with residents remain shaken.

More than 10,000 plans fly in and out of Ogden Hinckley Airport every month. Underneath the flight path, thousands of homes, four schools and Roy City administration buildings.

“It makes me feel really unsafe,” Alexia Fierro said, who lives near the crash.

Concerns resurface after the fourth major plane crash within two miles of the runway.

“Just to know that it’s back there some poor person lost their life, to have that and see the damage,” Adriann Andrus said.

Andrus lives 200 yards from the crash. When she moved in October, she was unaware of the other crashes dating back to 2016.

Besides Wednesday’s crash, a plane went down on I-15 killing four people in July 2017. Two months later, a plane landed on a car on 1900 West. In November 2019, another plane clipped a billboard and landed near I-15.

A FOX 13 investigation found six additional crashes with ties to the Ogden Hinkley Airport. The cause? Either pilot error or a plane malfunction, according to NTSB paperwork, not the airport. Something the airport manager echoed after Wednesday’s crash.

“I can’t overstate how much it’s not anything here at the airport,” Ogden Hinckley Airport Manager Bryant Garret said.

Yet, the coincidence of the crashes in Roy concerns at least one homeowner, worried about property values. Others express concern about what could happen next.

“Don’t make me feel safe, especially with schools being around here,” Fierro said.

On Thursday, Roy Police Chief Carl Merino wrote an open letter criticizing the airport, stating residents near the airport are in “very real danger.” City leaders promised to work with NTSB investigators to find out exactly what’s causing planes to crash in the area.