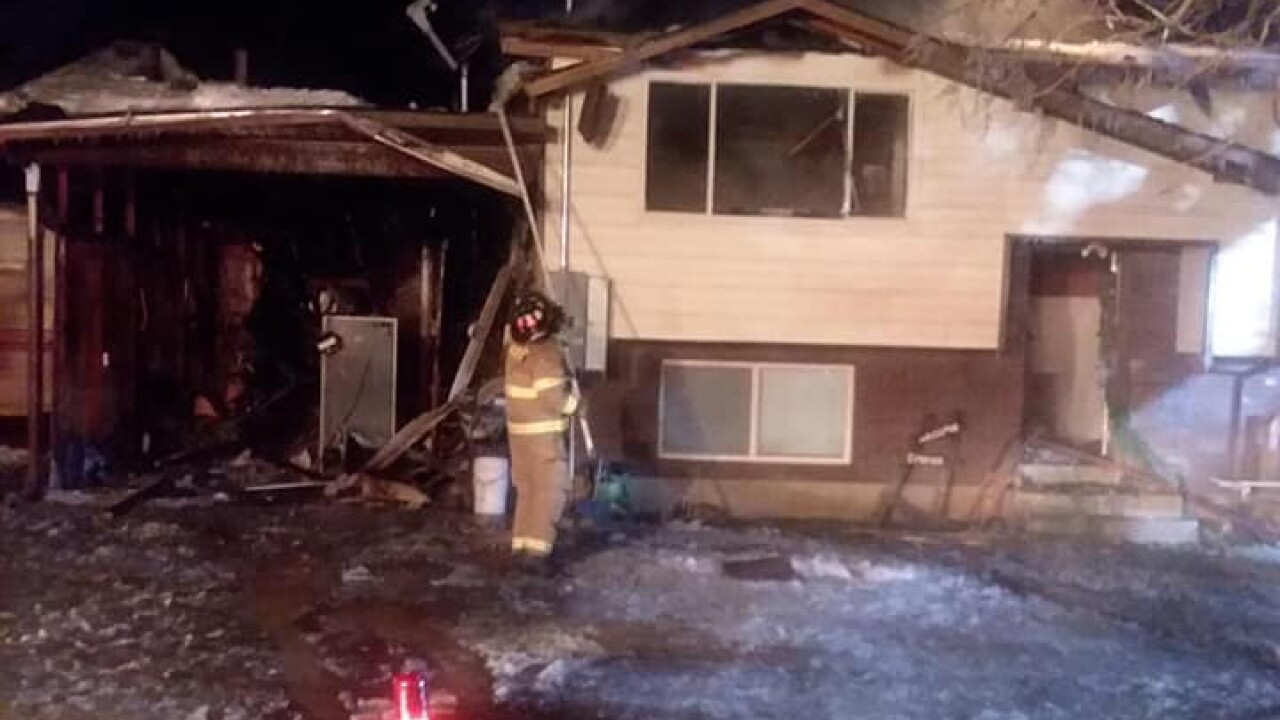 MORGAN, Utah — The Red Cross is assisting three people who were displaced by a house fire in Morgan.

The fire started shortly before midnight at 3755 W 4500 N. All three of the home’s residents and their dog escaped safely.

Boyd Corrigan, Morgan County Fire/EMS Chief, said the fire started in the attic and the source appears to be a wood-burning stove.

A total of 22 firefighters with Morgan County, Mountain Green and South Weber responded to the blaze. It took them three hours to extinguish it.

Firefighters had some difficulty reaching the nearest hydrant because it was covered in snow. Homeowners are asked to keep hydrants on their properties clear of snow in order to help firefighters with their response times.