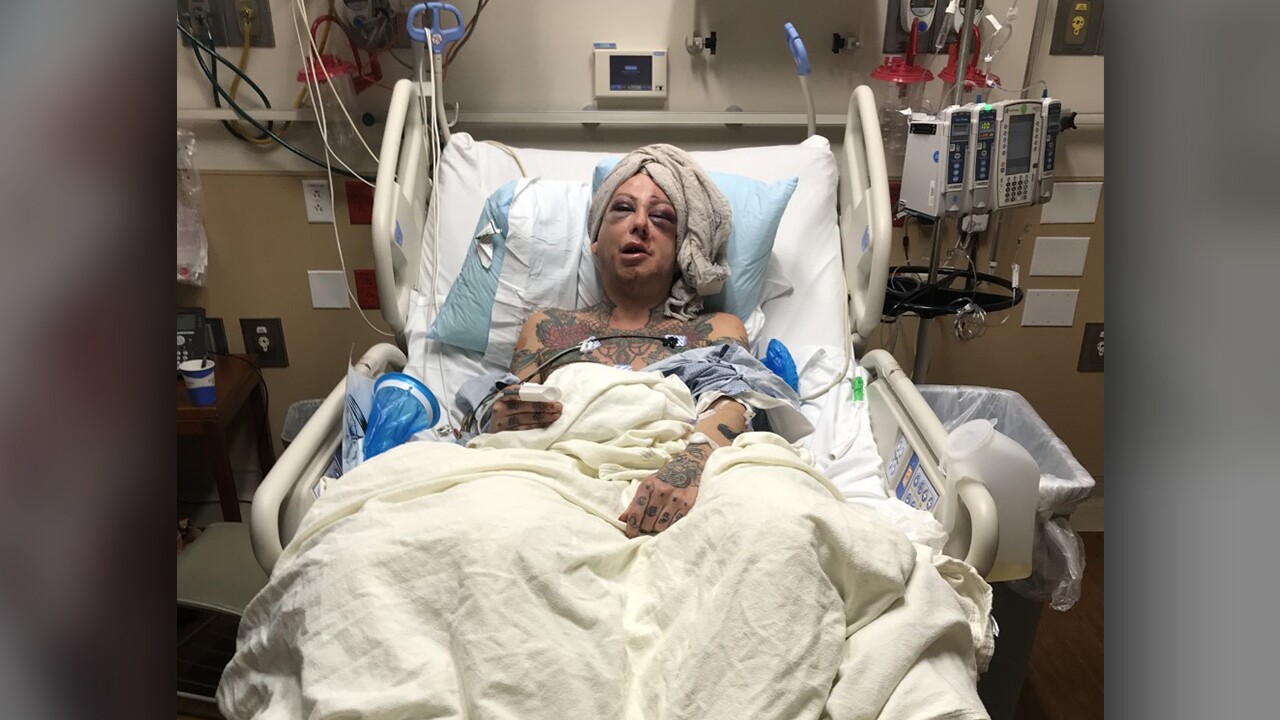 SALT LAKE CITY – A Utah resident is warning others of the dangers of electric scooters after an accident sent them to the emergency room and cost them hundreds of thousands of dollars in medical bills.

Inside of a small hair salon, tucked just inside of the Salt Lake City Public Library, you’ll find Kennedy.

“I’m never at a loss for interesting conversation here at the library with my clients, it’s quite a colorful place,” Kennedy smiled as they worked to add hair to a wig.

Kennedy built the Salon, owns it and loves it.

“I enjoy being able to help people with their esteem and make them feel better about themselves.”

But never thought one day they could lose it.

“Having to have multiple surgeries and to lose work, I mean I own my own business and I’m going to teeter that line of whether or not I lose this business,” Kennedy said.

Look at Kennedy’s face, still bandaged and bruised, and you’ll see why.

“I shattered my jaw, I shattered my sinuses, I broke the cheekbones, I have a metal plate right here in my forehead,” Kennedy said as they grabbed their head.

“Of course, I knocked some teeth out which will be next to deal with,” Kennedy continued. “I mean, it was pretty horrific for as small as the act was.”

Two months ago, Kennedy was in an accident that nearly claimed their life – every day, they're reminded of the trauma.

“At first they had told my friends and family to come up and say goodbye,” Kennedy said.

All the horrific injuries and memories were brought about by something you’ve probably seen all over town – an electric scooter.

“I was going through the parking lot,” Kennedy said, explaining the layout of the Crown Burger parking lot the night that it happened.

“I was going maybe three or four miles per hour, I had literally just started going, maybe ten feet before I caught the curb,” said Kennedy. “It catapulted me forward onto my face and I shattered every single bone in my face.”

New numbers from the Journal of the American Medical Association show nationwide, the number of electric scooter-related injuries has nearly doubled from 8,016 in 2017 to 14,651 in 2018.

“It was absolutely not a freak accident these accidents are happening every single day,” Kennedy said.

Now, Kennedy hopes others realize the pain and danger that can come from one wrong move.

“Everything can change in a minute and I don’t take any of it for granted,” Kennedy said. “I’ll never get on one again.”

Kennedy does not have insurance and currently has more than 200-thousand dollars in medical expenses. A fundraising page can be found here.

Kennedy was not wearing a helmet at the time of the accident.