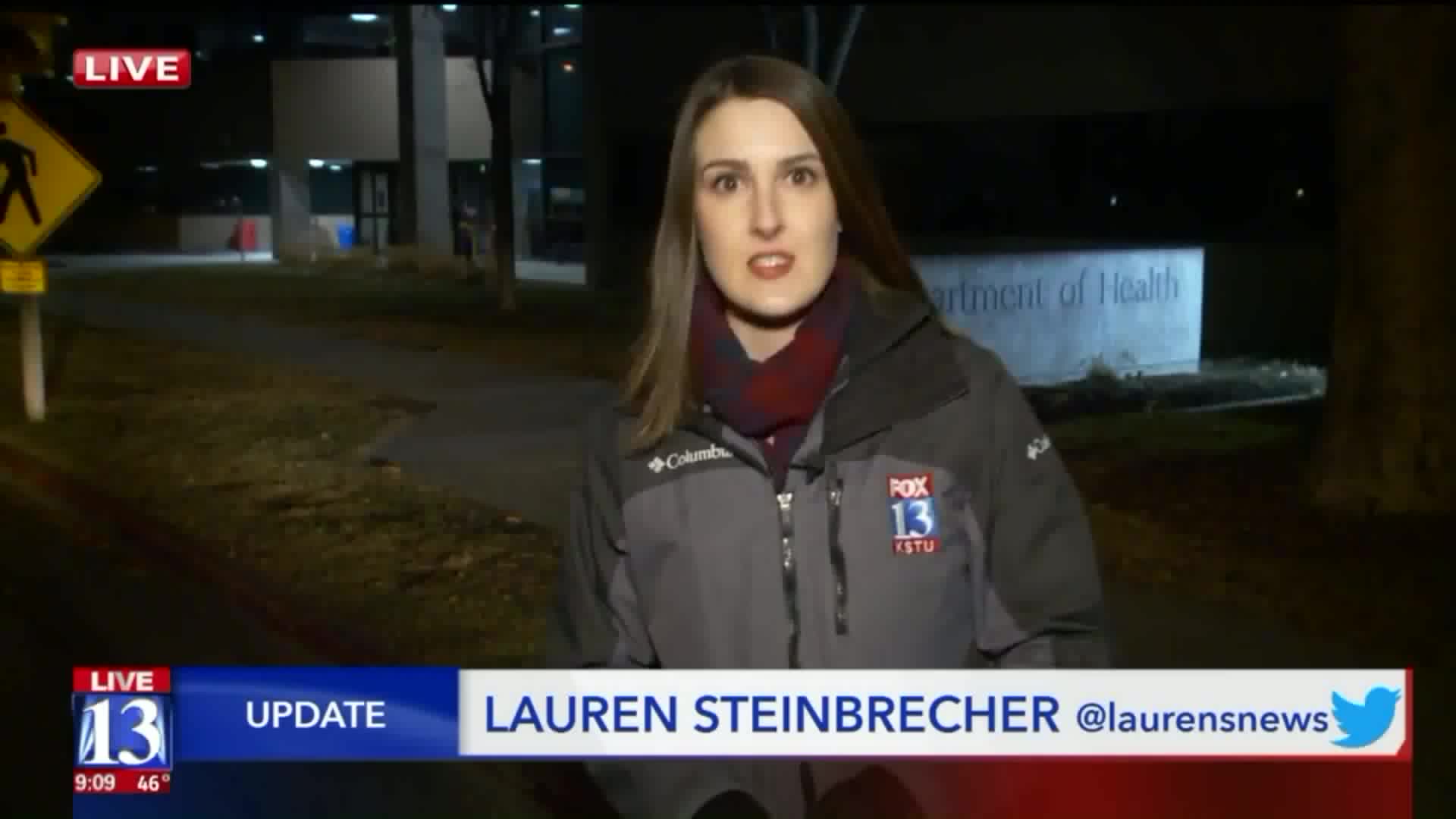 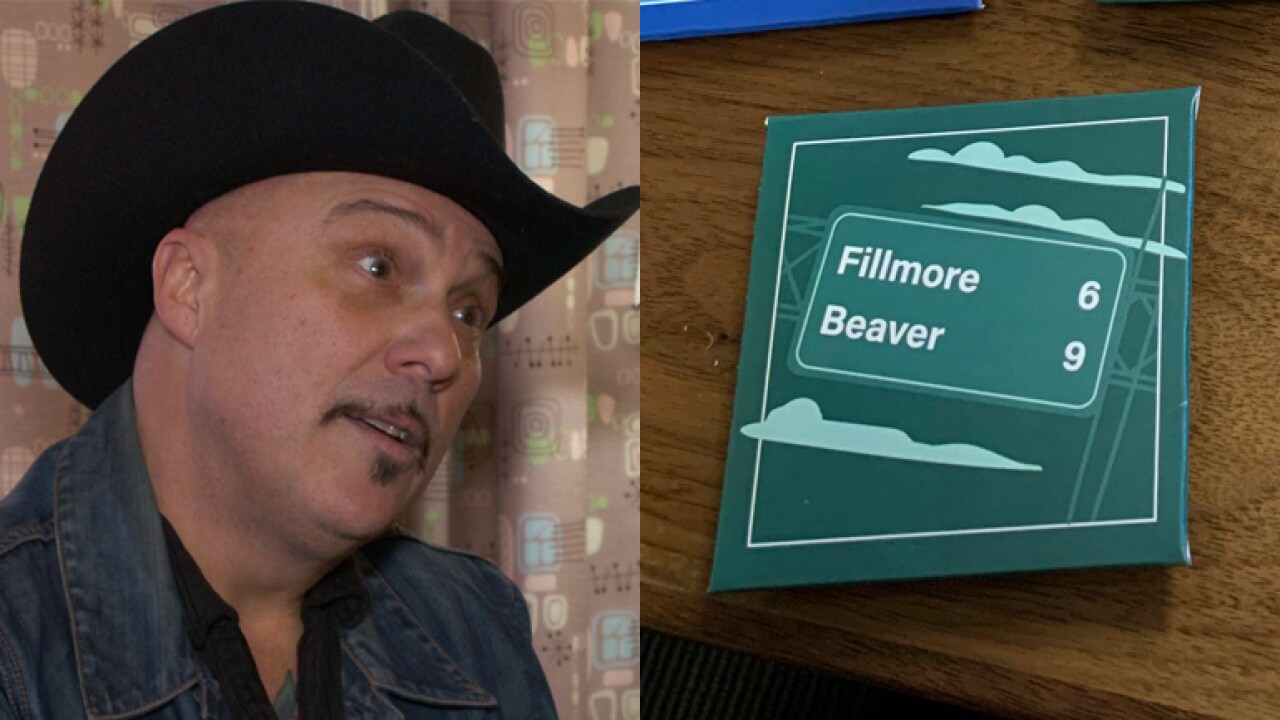 SALT LAKE CITY — Two of the people involved an HIV awareness campaign spoke to FOX 13 Thursday after Governor Gary Herbert's office halted a major part of the campaign on the grounds that it was inappropriate.

The Utah Department of Health had planned to give away 100,000 condoms packaged in sleeves that feature suggestive Utah-related tropes, such as "The Greatest Sex on Earth," "Fillmore Beaver" and "SL, UT."

“Someone contacted the governor and was outraged that a condom would actually have some sort of sexual innuendo on it - imagine that,” said Michael Sanders, a member of the State of Utah planning committee for HIV.

The condoms were first distributed Monday, but Gov. Herbert stopped that aspect of the campaign Wednesday.

The "HIV and Me" campaign website was taken down Thursday.

"There was fallout at the Health Department," Sanders said, of what he was told happened a day after Governor Herbert's decision.

Fox 13 called the Utah Department of Health Director of Communications, Tom Hudachko. He was taking calls Thursday morning. However by the afternoon, his phone stopped answering and a voicemail greeting stated that said he was, "currently not reachable at this phone number."

Anyone with Health Department-related inquiries was directed to hang up and call a different number.

The Utah Department of Health and Governor Herbert's office refused to explain what happened internally, saying they couldn't comment on personnel issues.

The statement Gov. Herbert's office gave said while he understands the importance of the campaign, the condom giveaway was inappropriate.

"He does not, however, approve the use of sexual innuendo as part of a taxpayer-funded campaign, and our office has asked the department to rework the campaign’s branding," Anna Lehnardt, Herbert's spokeswoman, said.

Hafen said the foundation was supposed to receive a shipment of the condoms on Thursday, to begin passing out. He explained how people who heard about the condoms earlier in the week loved the sex-positive messages.

"Getting phone calls left and right, on, 'Where can I get these condoms? These are awesome!'" he said, describing the response.

Hafen and Sanders expressed that this campaign was the first of its kind in Utah, and meant to lessen the stigma around HIV by allowing people to talk about it in a comfortable and safe way.

"Stopping this campaign does the complete opposite," Hafen said. "It only perpetuates the stigma."

"They're really just fun double entendres that make you say 'Hmmm, let me pick this up' and then, hopefully, go to the website and find the information that we have gathered in regards to HIV prevention, enriching the lives of people that have HIV, testing resources," Sanders said. "I think it was a great way to launch the campaign."

Sanders told Fox 13 the campaign was funded through federal, not state, funds from the Centers for Disease Control. The Utah Department of Health issued an apology for the branding used in the planned condom giveaway.

"We regret the lewd nature of the branding. We remain committed to running a campaign to help in the prevention of HIV and intend to do so in a manner that better respects taxpayer dollars, and our role as a government agency," a statement from UDOH said.

The Utah AIDS Foundation released a statement of support for the campaign that says, in part:

The importance of HIV prevention messaging is steeped in decades of robust research within the field. Denying such information and the appropriate delivery of such information goes against the core principles of public health and what public health governmental agencies have a responsibility to do. Reaching zero new HIV infections in Utah is an attainable goal and it is long overdue that the Utah Department of Health join thousands of agencies globally to take appropriate action.

CORRECTION: Fox 13 has confirmed the Utah Department of Health Director of Communications has not been fired. Governor Gary Hebert's office stated Friday that while they cannot discuss personnel matters, they can confirm that Tom Hudachko has not been fired.