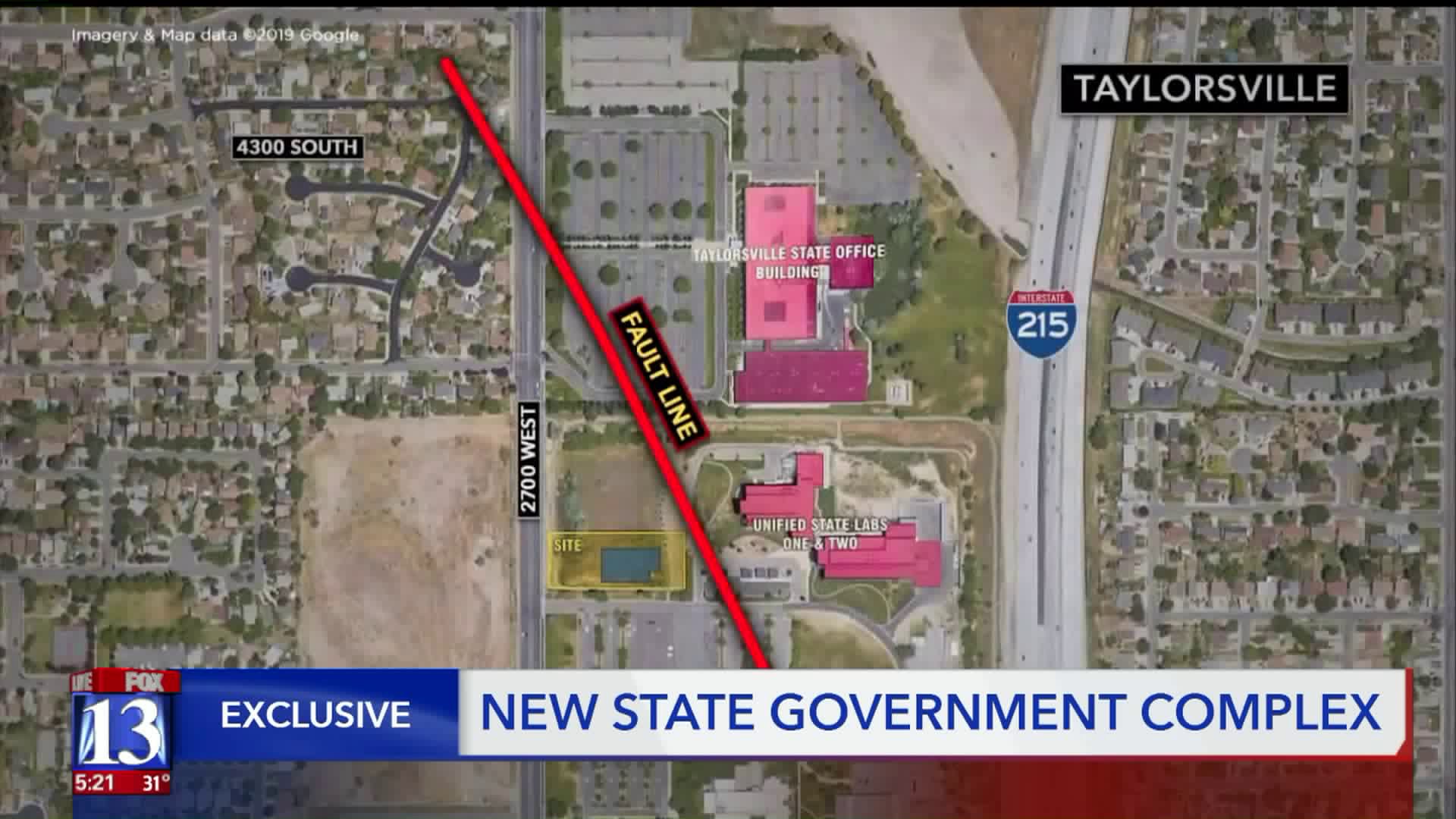 Construction is under way to transform an old American Express Service Center into a multi-agency government building. 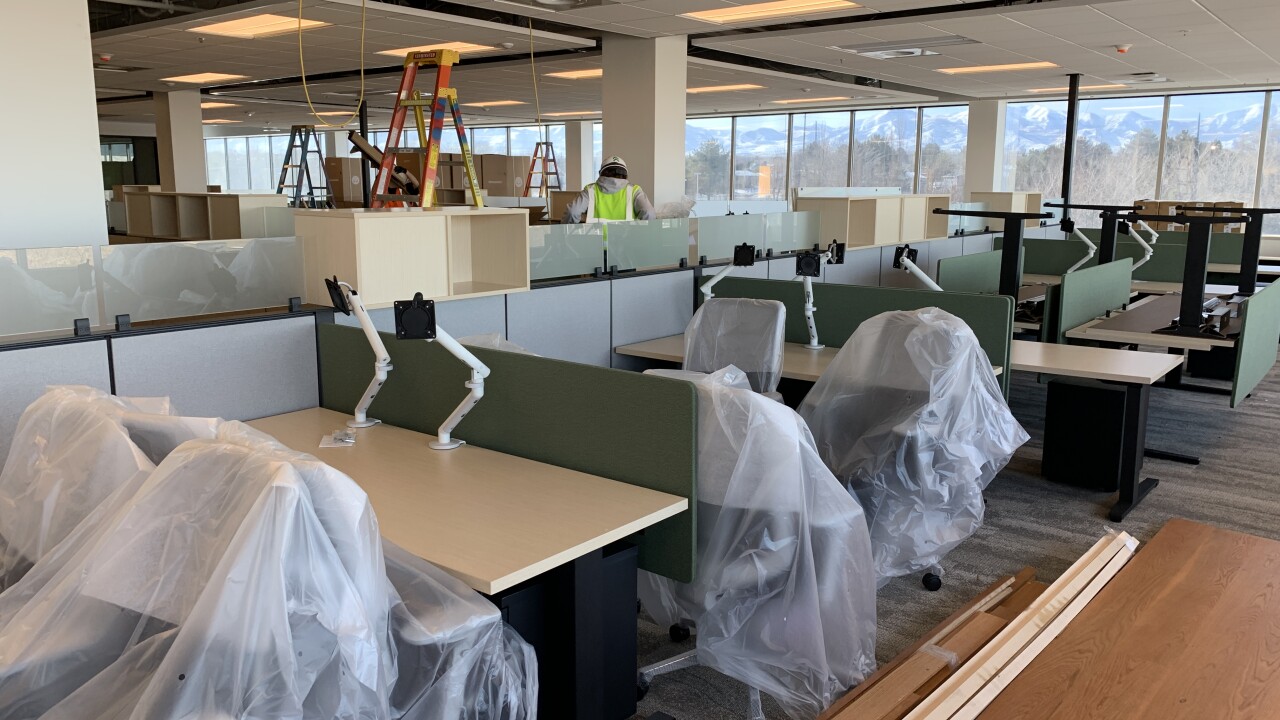 TAYLORSVILLE, Utah -- Construction is under way to transform an old American Express Service Center into a multi-agency government building.

When completed, it will look like no other government facility. It's brighter, with large glass windows and views of the Oquirrh and Wasatch mountain ranges. There are places for small conferences, and spaces for telecommuters.

"This is the type of space we really don’t have in our current environment and this is important to how work is done now," said Sarah Boll, the assistant director of Utah's Division of Facilities, Construction and Management.

It looks more like a tech company in Silicon Slopes than a government building.

"Daylight has just proven over and over again to be really important to people’s moods, more productive and that’s where you get the cost savings," Boll said.

Cost savings are a significant factor in this building, which will consolidate a lot of state government services into one area of the Salt Lake Valley. When completed, the state will create a massive government complex off I-215 stretching several blocks down Constitution Boulevard from 4300 South to 4600 South. Plans include a daycare on the first floor to help state employees with child care, and a liquor store and restaurant options nearby. There's hope that public transit will be beefed up in the area for the roughly 2,800 state employees that will relocate there.

A number of agencies are expected to move from the State Office Building on Capitol Hill, which will be torn down, to the 32-acre facility in Taylorsville. Utah's Department of Agriculture and Food, in a decaying building off Redwood Road and North Temple, will also relocate.

When it is completely finished, the state will have spent about $100 million on the new state office building. But constructing new buildings would run taxpayers as much as $365 million, according to some estimates.

New furniture is being set up for the state office building in Taylorsville. (Photo by Ben Winslow, FOX 13 News)

"It’s just be a better use of space. This keeps us from having to build new buildings," said Marilee Richins, the deputy director of the Utah Department of Administrative Services.

"Just like every other employer, we have concerns about recruitment and retention and this is what people expect in a modern work environment today," she said.

But there are concerns that relocating so many agencies to a central area makes them a a security risk. In emails obtained by FOX 13 under a public records request, Utah's Division of Emergency Management also expressed concerns about the Granger fault line.

"It appears that the fault runs under the American Express Building," wrote Bob Carey, the division's earthquake program manager in an email to his division and Utah's Department of Public Safety. "That can't be good."

Richins said seismic evaluations show the fault line runs near the building in the parking lot. It and soil composition have been evaluated and the state proceeded with the project.

"That still probably feels close, but it’s enough that you’re not going to sustain that initial damage and there’s a way to evacuate the building," she said.

Furniture is being set up inside the new state office building in Taylorsville. (Photo by Ben Winslow, FOX 13 News)

Still, the state has decided to keep its Emergency Operations Center, which will direct government response to a disaster, on Capitol Hill. Asked about concerns about overall security, Richins said it has been a part of their planning.

"There’s no way that I can tell you that we have not considered that. Bringing state agencies paints a target," she said. "It also creates some real conveniences and lessens hardships for citizens to get around and they need the services that are provided. And here you’ve got the biggest centralization of services in the state of Utah. Somehow you’ve got to find a balance."

Beginning this weekend, American Express will move out of the building and state agencies will start to move in. Many agencies on Capitol Hill are to be out of the State Office Building by the time the legislative session starts on Jan. 27, freeing up parking. The state is expected to be in the new facility by the end of this year.

Richins believes it will be good for government to get closer to the people.

"Who do you serve?" she said. "How can we get you closer to the people that you serve?"