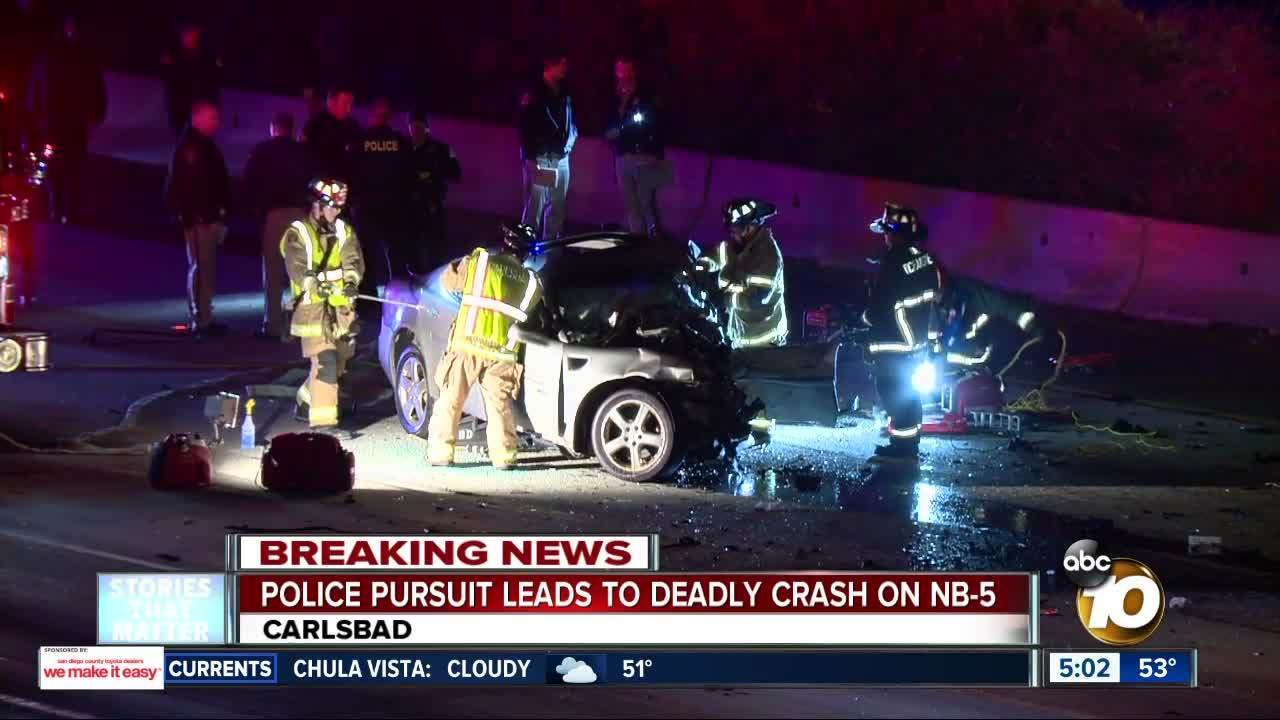 CARSLBAD, Calif. — A Utah man died early Tuesday morning in a crash on I-5 near Carlsbad, Calif.

On Wednesday, the San Diego Medical Examiner identified the man as 19-year-old Matthew Ryan Adams. KGTV-ABC 10 reports he was a marine stationed at Camp Pendleton.

According to CHP, Adams was driving north on I-5 just after midnight when a southbound black Ford F-150 crossed into the northbound lanes and collided with head-on with the silver Pontiac Adams had been driving.

Prior to the crash, the F-150 had been involved in a pursuit with officers from the Oceanside Police Department.

“Oceanside Police Department was not engaged with ground units at the time of the collision,” the news release said.

CHP was not involved in the pursuit, nor had they been requested, the release said.

The Ford driver, 42-year-old Christian Zurita, of San Diego, also died in the crash. His passenger, a 35-year-old San Diego man, suffered major injuries and was taken to a hospital in La Jolla.