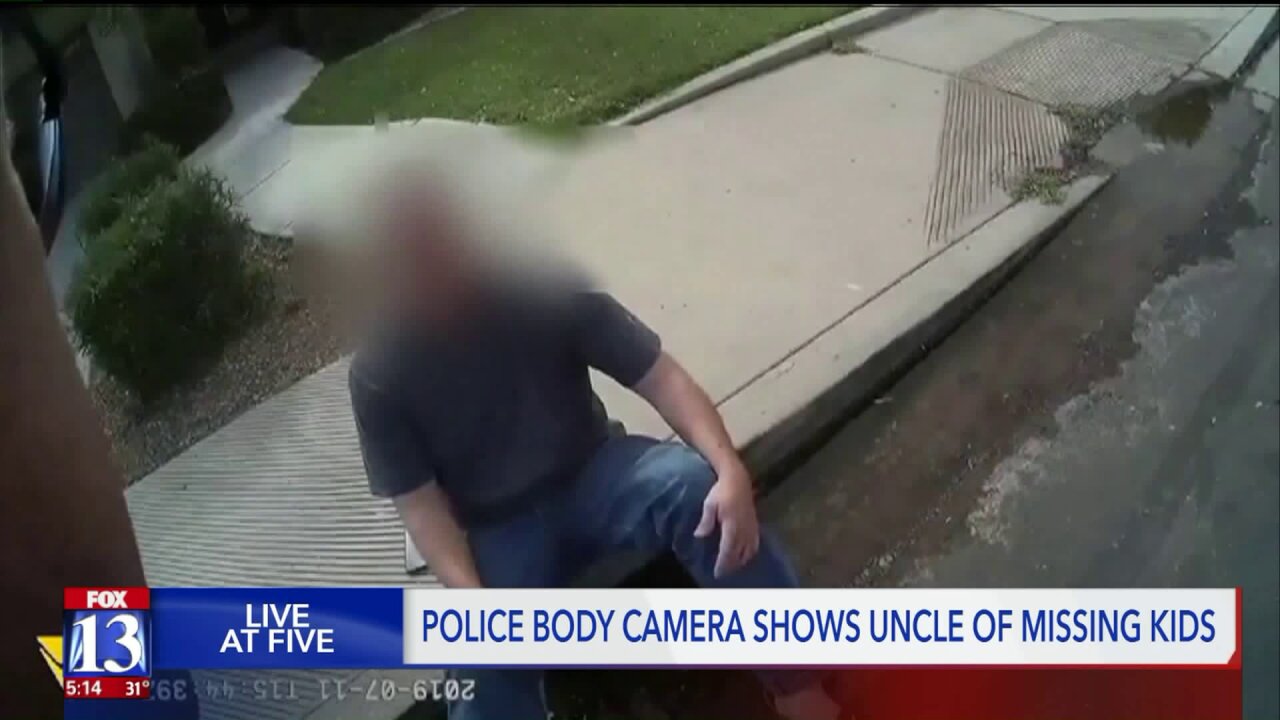 CHANDLER, Ariz. — Police body camera footage from Chandler, Arizona is giving a look into what happened right after a shooting that is related to the case of two children missing from Idaho.

The man who was shot and killed, according to his lawyers, had already expressed concern for his own life and the well-being of Joshua “JJ” Vallow and Tylee Ryan.

Fox 10 Phoenix obtained the footage from Chandler Police through a records request, of the July 11, 2019 shooting.

Alex Cox is seen walking out of his sister Lori Daybell’s (formerly Vallow) home with his hands in the air.

He sits on the sidewalk curb in front of his house. According to the 911 call Fox 10 Phoenix also received, Alex called police himself to report the shooting.

“I got in a fight with my brother-in-law and I shot him in self-defense,” Alex says to the dispatcher, during the call.

Police begin to question Alex outside the home.

“What happened today?” An officer asks. “How did it get to this?”

Alex replies: “I don’t know. He was enraged.”

He’s talking about Charles Vallow, whom he identified as his sister’s estranged husband. Alex told officers Charles flew in from Houston, Texas and drove a rental car to the home to pick up 7-year old JJ.

Alex tells the officer that Charles started a fight with Lori, and began to get physical. He claimed that Lori’s daughter, then 16-year old Tylee Ryan, grabbed a bat.

According to Alex, Charles took the bat. At some point, Alex indicates that Lori leaves with Tylee and JJ, using the rental car Charles arrived in.

“I turned around and he hit me in the back of the head with the bat,” Alex recounts. “So, I went to my room and got my gun.”

At one point, officers examine the back of Alex’s head, where there’s a wound. Alex refuses medical care.

Alex talks about how he walked into the bedroom he had slept in the previous night, to grab his gun. He lives nearby, but told police he stayed the night at his sister’s house, because he planned to hang out with her the next day.

“I go back in the living room, and I’m like, ‘What is your problem?’” Alex said, of his confrontation with Charles.

The officer clarifies, “With the gun again?”

“Okay,” the officer responds. “And then what happened?”

“That was it,” Alex concludes.

By this point, other officers have already gone into the home to find Charles lying lifeless in an empty living room.

“We’ve got one subject down, apparent gunshot wounds to the chest,” the officer says, on the radio.

The officer does a sweep of the home, and finds the gun in a bedroom.

A paramedic is heard talking as he looks Vallow over.

“One, two, that’s three, four shots?” He says, tallying up the wounds.

Lori and Tylee showed back up to the scene, but their conversation with police is redacted. The Chandler Police Department told Fox 13 Tuesday it’s because of personal information Lori disclosed, and the fact that the conversation involves a juvenile.

While the body camera footage shows an officer driving Alex to the police station for further questioning, police stated in their report that they released Alex Cox.

Documents filed by Charles Vallow months before his death showed he wanted to divorce Lori because of her radical religious beliefs.

His lawyers told Fox 10 in Phoenix that Charles feared for his life, and that if he died, it was at the hands of Lori and Alex.

In late September, the kids disappeared. Police later said Lori did not report them missing, and lied to officers about what happened to them.

The newlywed couple, police have said, left Idaho without the children.

Alex Cox died suddenly in Arizona in mid-December, one day after authorities exhumed Tammy’s body for an autopsy.

Autopsy results in both deaths have not yet been released.

Local Idaho law enforcement and the FBI have served search warrants on Lori and her brother’s townhomes in Rexburg, and Chad and Tammy’s home in Salem.

The Fremont County Sheriff’s Office said they removed more than 40 items from Chad’s home, as they searched for clues in Tammy’s death.

Findings from those warrants have not been publicly disclosed.

All of these separate events unfolded just months apart. Now, they’re connected in one search for two missing children—who police fear are in danger.

A $20,000 reward is being offered in the disappearance of JJ and Tylee. Click here to learn more.