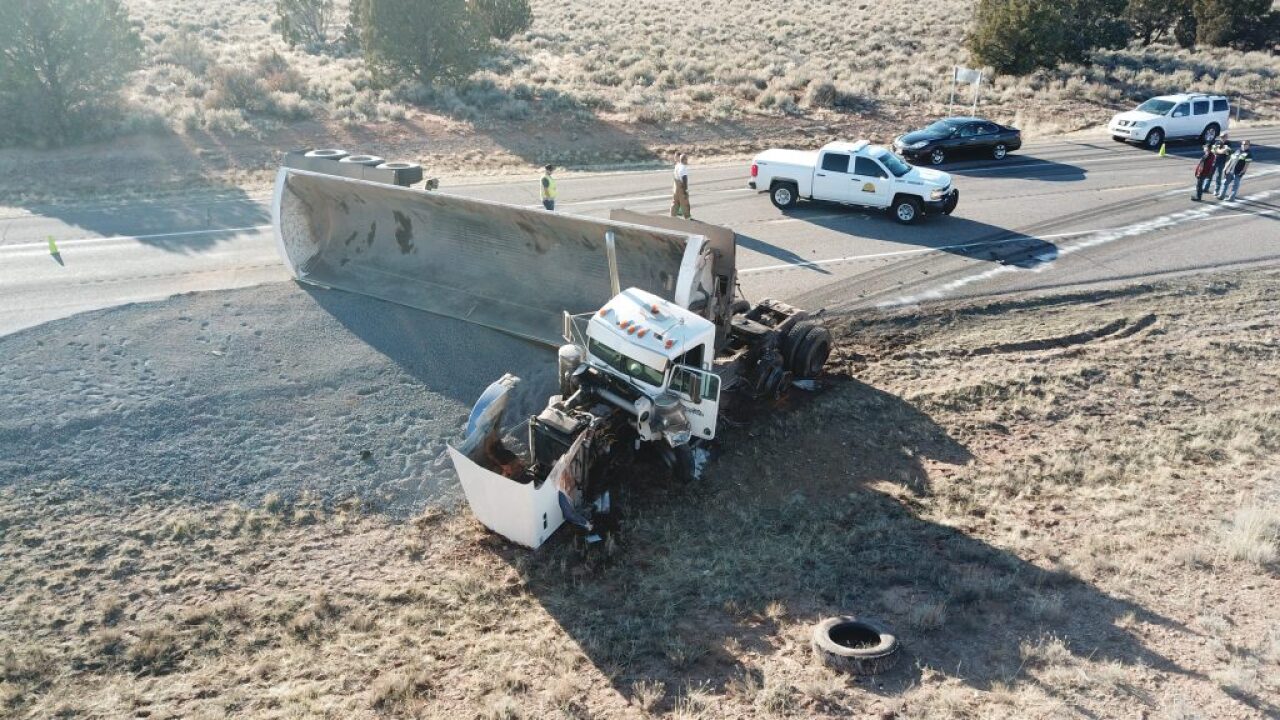 WASHINGTON COUNTY, Utah — One woman is dead as a result of a crash between a passenger car and a semi-trailer truck Tuesday afternoon in Washington County.

The crash occurred just after 1:30 p.m. on State Route 18 near milepost 16, just outside Dammeron Valley (about 17 miles north of St. George).

According to the Utah Highway Patrol, the car was northbound, drifted into the oncoming lane and clipped the southbound truck’s front left corner.

The woman driving the car was pronounced dead at the scene despite life-saving measures by medical personnel. The male driver of the truck was transported to a hospital in fair condition. 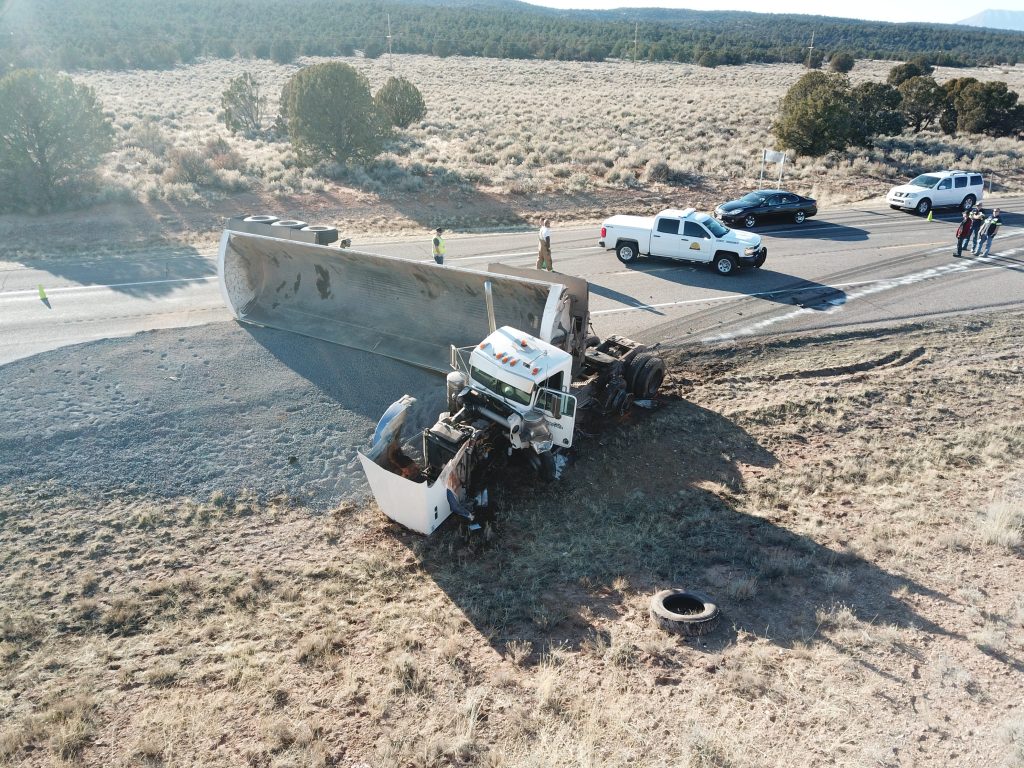