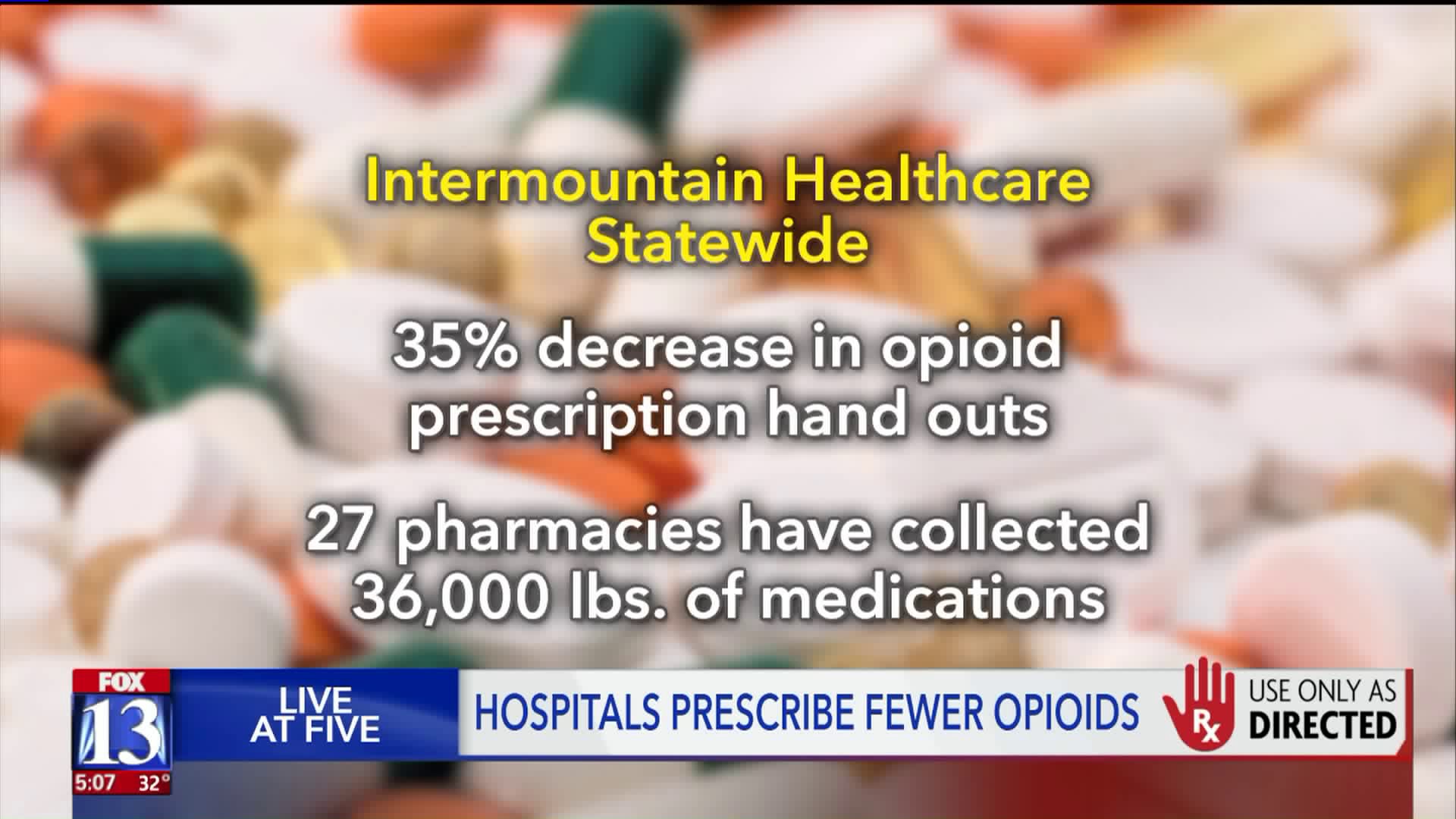 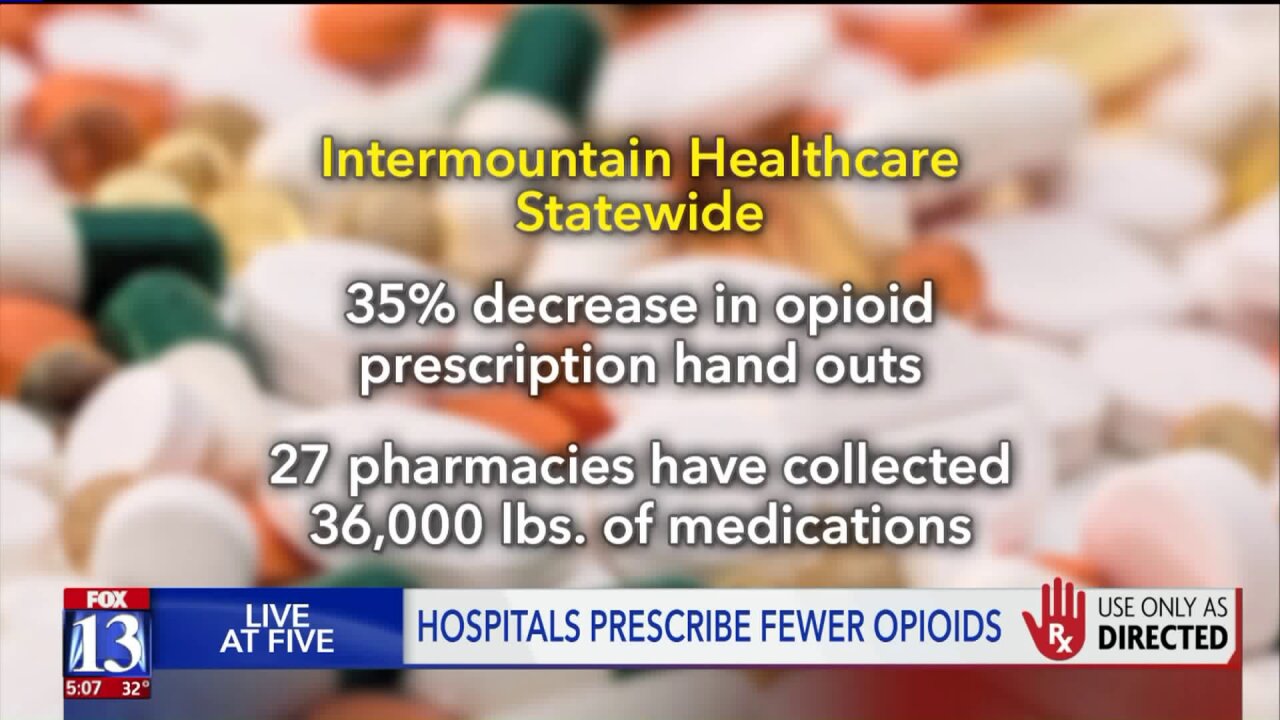 UTAH COUNTY — Hospitals in Utah County are reporting a decrease in opioid prescriptions handed out — some good news for Utah’s opioid epidemic.

The decreases come after a two-year program called “Use Only as Directed” has been implemented across the state.

Dr. Eugene Zanolli has worked at Timpanogos Regional Hospital since it opened in 1998.

Forty percent of patients coming through the emergency room doors have some sort of pain, Zanolli said, and doctors are asked to find a solution.

“I don’t want my patients to suffer more than they have, and I don’t want to put them at risk for developing any kind of drug dependency,” he said.

First, they start off giving their patients five days of medication instead of the old policy, which was 30 days. Zanolli said this forces patients to get ahold of their primary healthcare provider to talk about pain relief options.

“We want to control the pain, but we want to do it in the safest way possible for you,” Zanolli said.

He says there are other ways to fix pain than popping pills.

“Instead of starting with opioids, opioids are considered a second, third or an extra type of medication to control the pain, but we want what’s best for the patient,” Zanolli said.

A new program implemented at Timpanogos Regional Hospital three months ago uses a different type of tablet to manage pain.

Depending on how severe their pain or sickness is, patients can watch, listen to or play games — distracting the brain.

“It takes their mind off of that, and we can also read their brain waves to see if it’s working or not,” said Paul Kearns, the pharmacy director at Timpanogos Regional Hospital.

“Therefore, when they get up post-op, they don’t require as many narcotics as they have in the past,” Kearns said.

Timpanogos Regional Hospital has seen an 18 percent decrease in opioid prescription use in their Utah County emergency room.

Kim Compagni, the Executive Director for Pain Management Services at Intermountain Healthcare, said they have seen a 35 percent decrease in opioid prescriptions statewide and said their pharmacies have collected 36,000 pounds of medications.

“We still realize there is significant work to be done in this area,” Compagni said. “We are working on empowering patients, asking, 'Is an opioid really necessary for me?'"