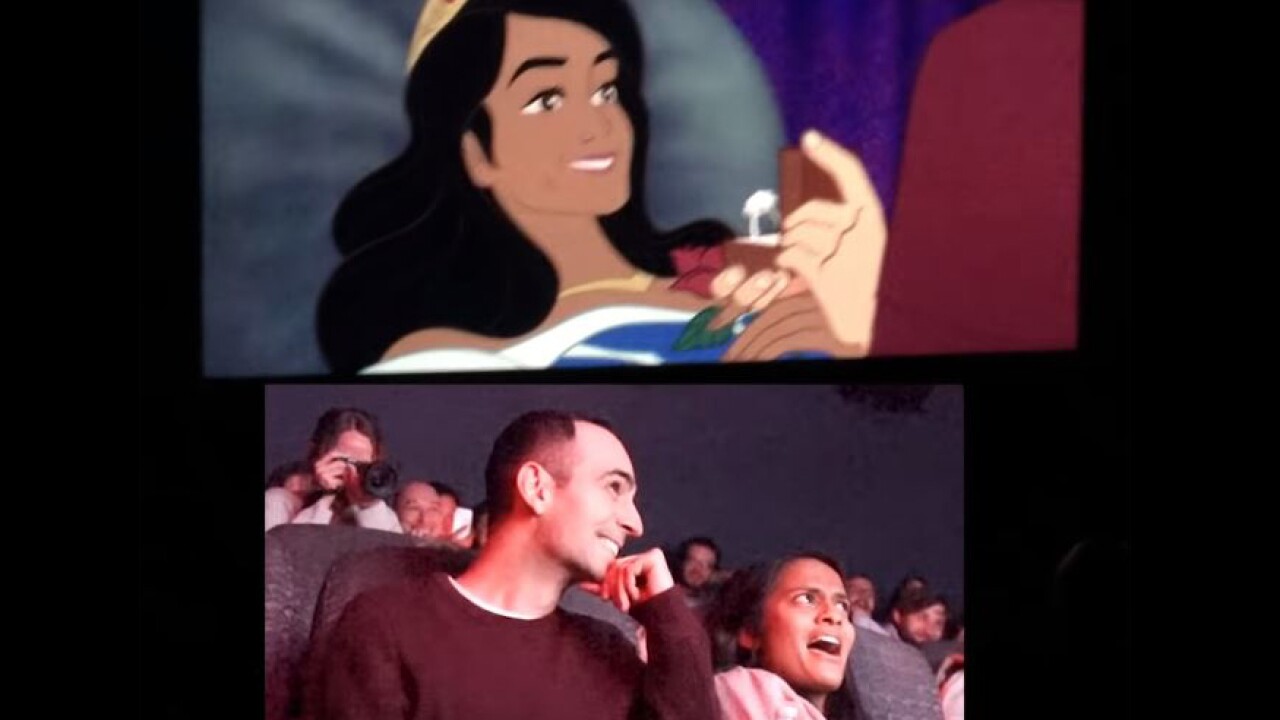 When it comes to popping the big question, some people go all out. And then there’s filmmaker Lee Loechler.

Loechler posted his proposal to YouTube and Instagram where it’s gained lots of attention and has everyone swooning. The self-described “hopeless bromantic” proposed to his high school sweetheart using her favorite movie, “Sleeping Beauty.”

Working with an animator for six months, Loechler animated himself and his girlfriend into the Disney film and then proposed in a movie theater filled with their friends and family.

The moment was captured on camera, and it’s definitely as romantic as it sounds.

Loechler had a camera facing the couple in the audience so he could record the moment his now fiancee, Dr. Sthuthi David, realizes what’s happening.

In the video, you can see Loechler getting ready to propose while a puzzled David watches the movie.

As the prince holds out a box with an engagement ring, Loechler stands up in the crowded theater and is tossed a real jewelry box. Laughs and cheers fill the room.

“It’s not every day you get to propose to your high school sweetheart,” Loechler says in the video of the proposal. “So I just wanna take my time, savor this moment.”

“Oh my god,” David exclaims over and over again.

When she turns around, she realizes the theater isn’t filled with strangers, but their loved ones.

“Will you live happily ever after with me?” Loechler asks.

You can watch the full proposal below.