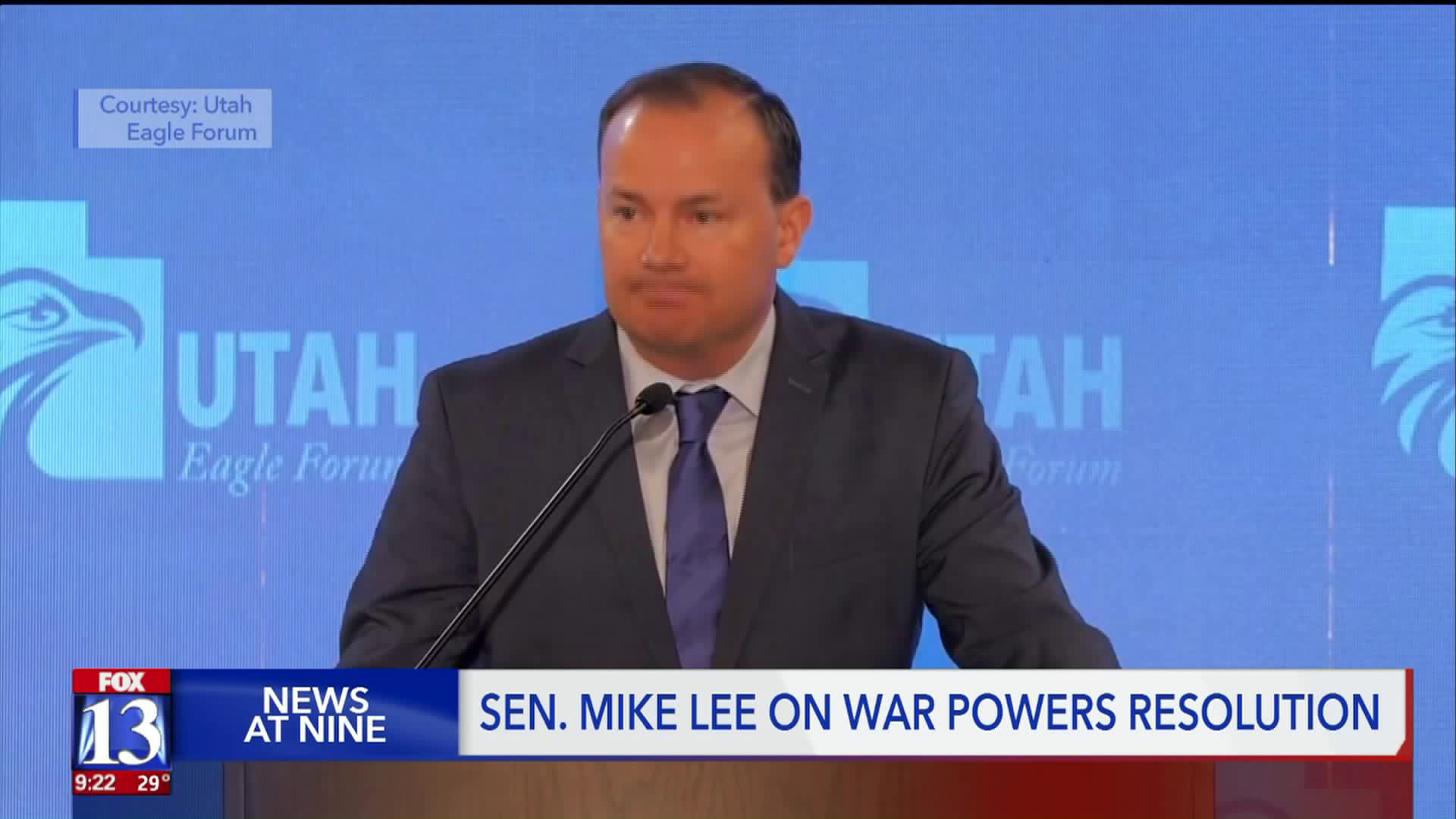 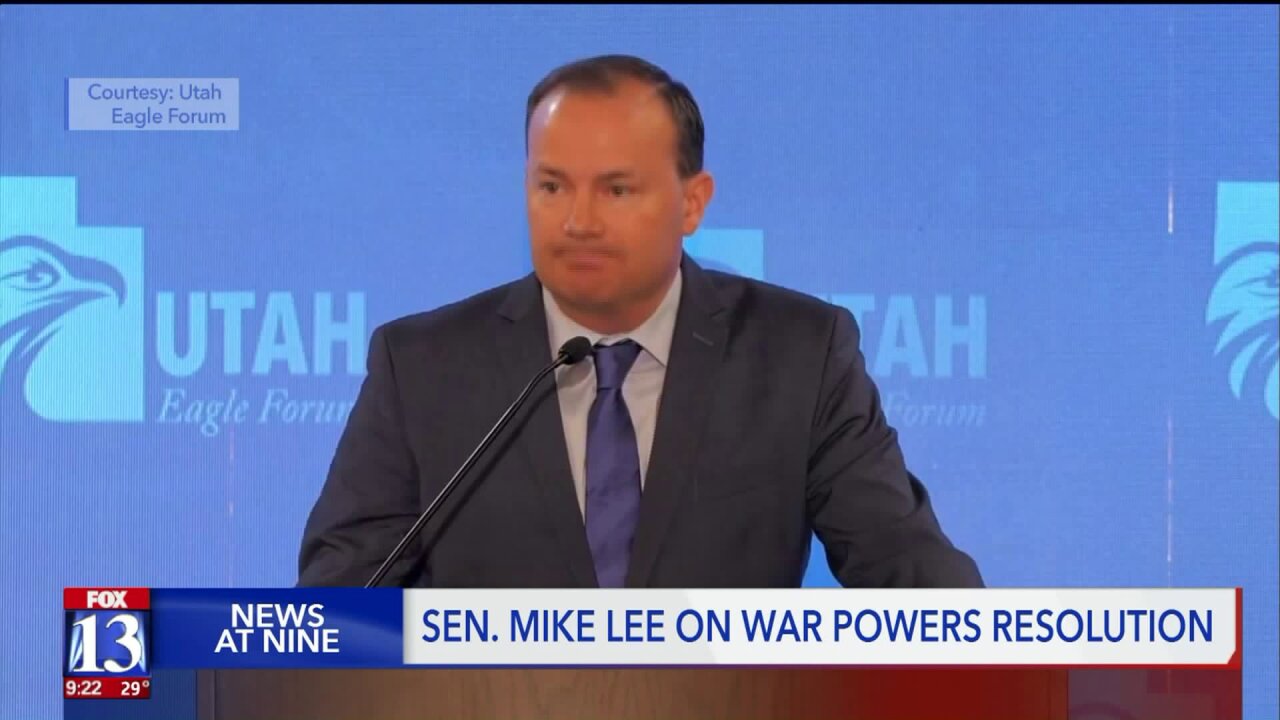 Lee said the briefing of the United States' use of force in Iran was the worst he's ever seen in his nine years in the Senate.

Lee says he is still an avid supporter of President Donald Trump, but he believes the Constitution demands Congress should have a say in any prolonged military conflict.