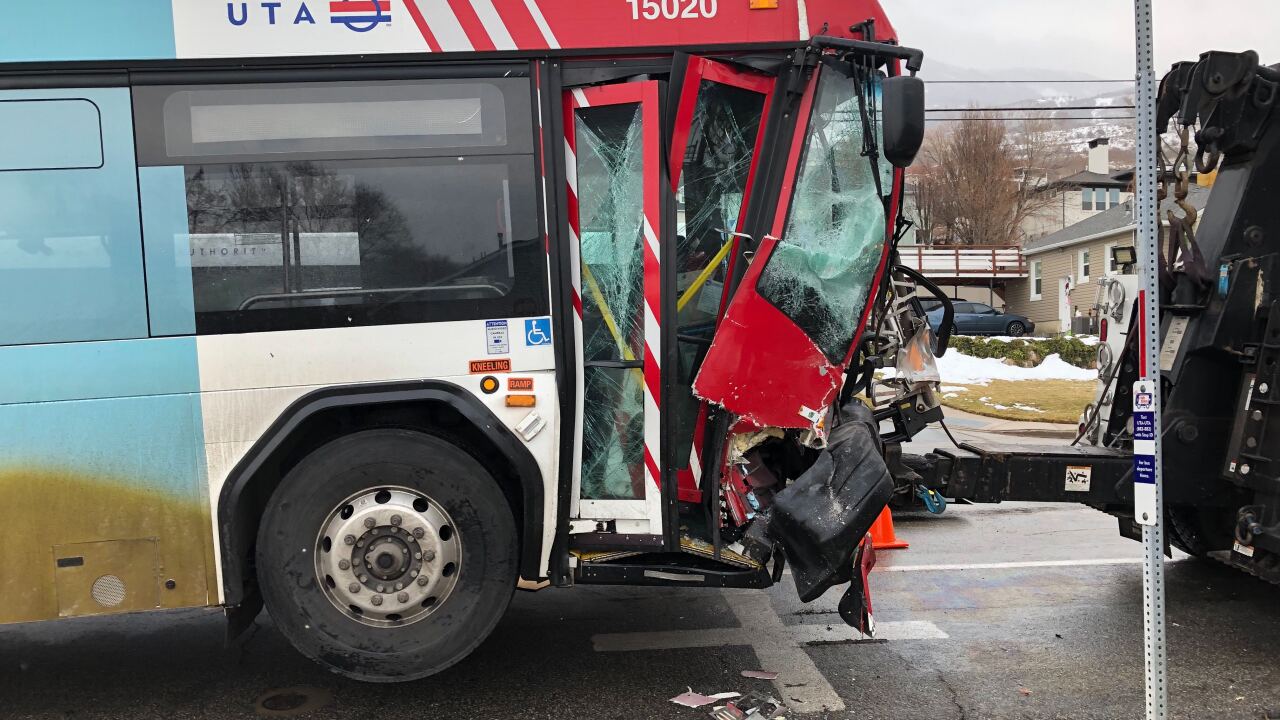 FARMINGTON, Utah — A driver was critically injured in a head-on collision with a Utah Transit Authority bus in Farmington Thursday morning.

The driver and a passenger on the bus suffered minor injuries. The crash did not cause an interruption to UTA services, the UTA spokesman said.