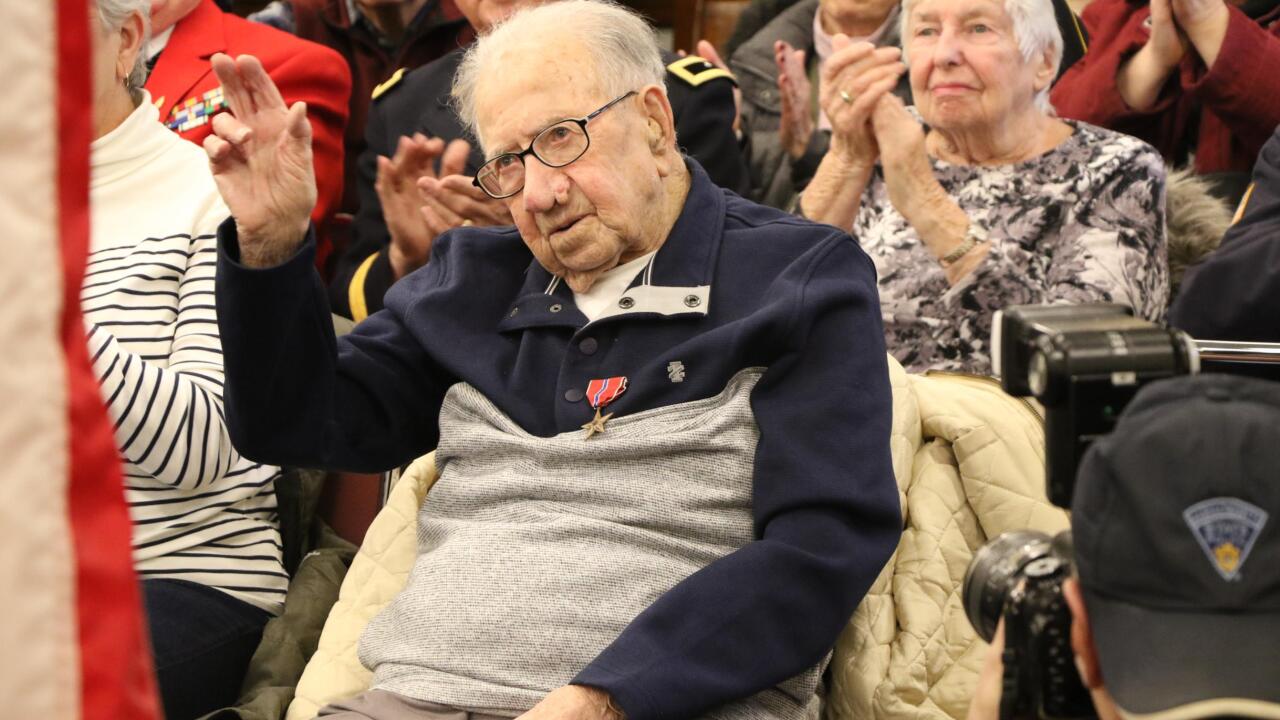 (CNN) — A 103-year-old World War II veteran is finally being honored for his time in the military — 75 years later.

Fantasia served with the Lima Company, of the 3rd Battallion, of the 104th Regiment of the 26th Infantry Division as a US Army medic, according to CNN affiliate WHDH.

Fantasia was captured in Rodalbe, France, in 1944 while tending to a wounded sergeant and lieutenant in a foxhole and was held as a prisoner of war until he was liberated by Russian forces on April 28, 1945.

It took so long for Fantasia to get home that he didn’t seek after his medals.

“God has been good. I don’t know what to say,” Fantasia told WHDH.

He expressed gratitude for his comrades and said they were with him in spirit.

“He is a true example to the rest of the country and the community what American heroism is all about,” Moulton said.