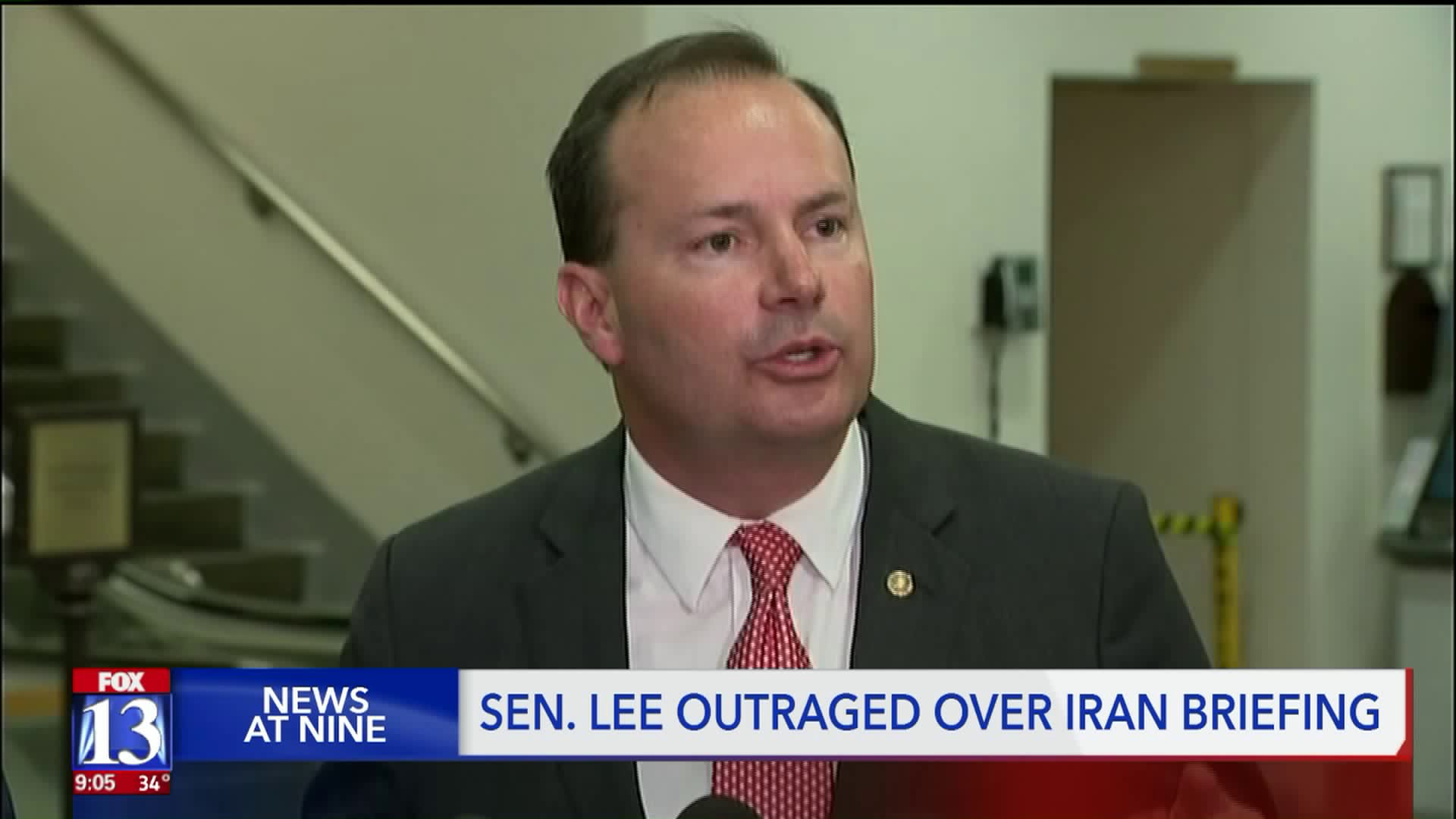 Utah Republican Senator Mike Lee opened up about a military briefing held on the recent incidents between the United States and Iran. 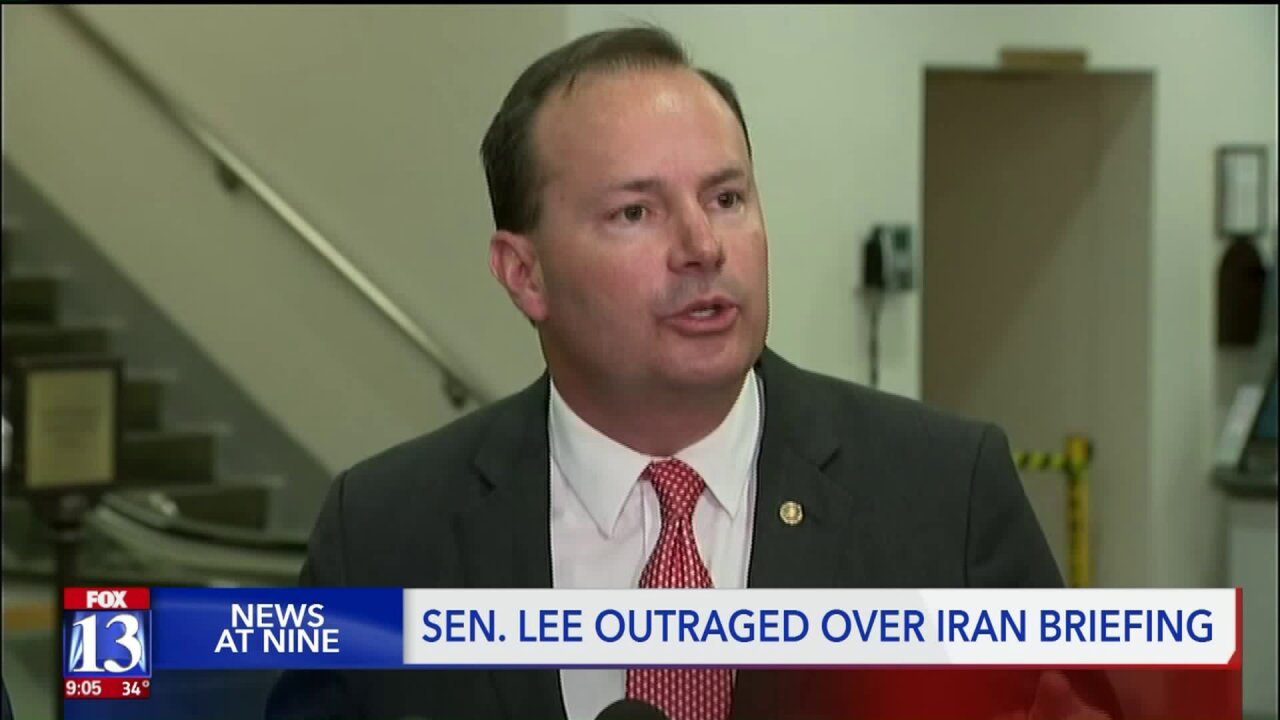 Utah Republican Senator Mike Lee opened up about a military briefing held on the recent incidents between the United States and Iran.

"It is not acceptable for officials within the executive branch of government, I don't care if they're with the CIA, Department of Defense or otherwise to come in and tell us that we can't debate and discuss the appropriateness of military intervention against Iran, it's un-American, it's unconstitutional, and it's wrong!" said Senator Lee to reporters on Wednesday after the 75-minute briefing. "When we send our brave soldiers, sailors, airmen and marines into harm's way. We owe the American people the decent courtesy to follow the constitution, to debate and discuss these actions."

Sen. Lee was supportive of President Donald Trump and the restraint he's shown during his term. However, he wasn't very happy with the administration telling Congress they were not to discuss the issues surrounding further military intervention against Iran.

"The Senator's clearly upset because Congress wasn't consulted and wasn't asked for its input into the actions now taking place between the United States and Iran," said Salt Lake Tribune Washington Bureau Chief Thomas Burr. "Mike Lee before had been undecided whether he was going to support a democratic move to reign in President's power when it comes to sending troops into another military conflict and now he's supporting, he said after this briefing he is going for it."

Lee confirmed he's siding with the democratic resolution to the War Powers Act that will go before the House on Thursday. He told reporters that prior to the briefing, he was undecided on which way to side.

"I think he's right and he's right to make very bold statements about it and I hope the administration listens," said former CIA Officer and 2016 Presidential candidate Evan McMullin. "The only branch of the U.S. government which has the power to declare war is congress and if we're going to kill a senior general in a foreign country however they may  deserve it, that constitutes an act of war so any president of either party needs to go to congress to seek approval for that and you know we want war to be as rare as possible."

With an extensive background in national security, FOX 13 spoke with Evan McMullin about the future of military operations from the United States in the region near Iran.

"It is troubling that we've gotten to a point where a foreign power is now attacking a U.S. military installation," said McMullin. "That hasn't happened in a long time, overtly." He praised President Donald Trump for his remarks of de-escalation and hopes the military takes a similar stand.

"The administration tried to say that there was an imminent attack which required immediate action but according to Senator Lee and Senator's from both parties, the administration has had a hard time demonstrating that there was an imminent attack in the offing that required this action," said McMullin. "What we understand now is that the military has taken a defensive posture even while we still have ongoing Isis targets that need to be dealt with."