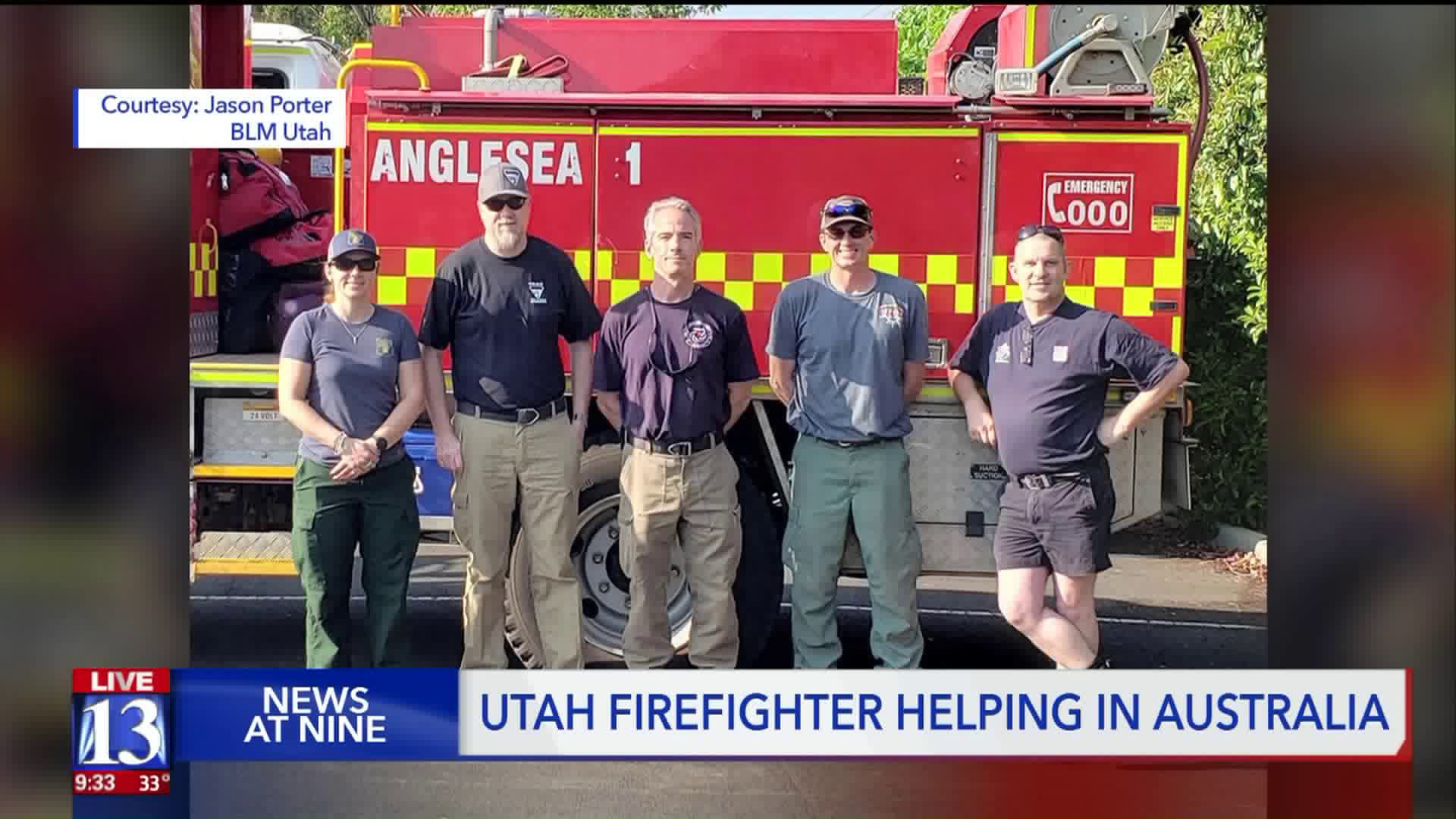 Nine firefighters from Utah have joined nearly 150 federal resources on continent of Australia that continues to battle catastrophic brush fires. 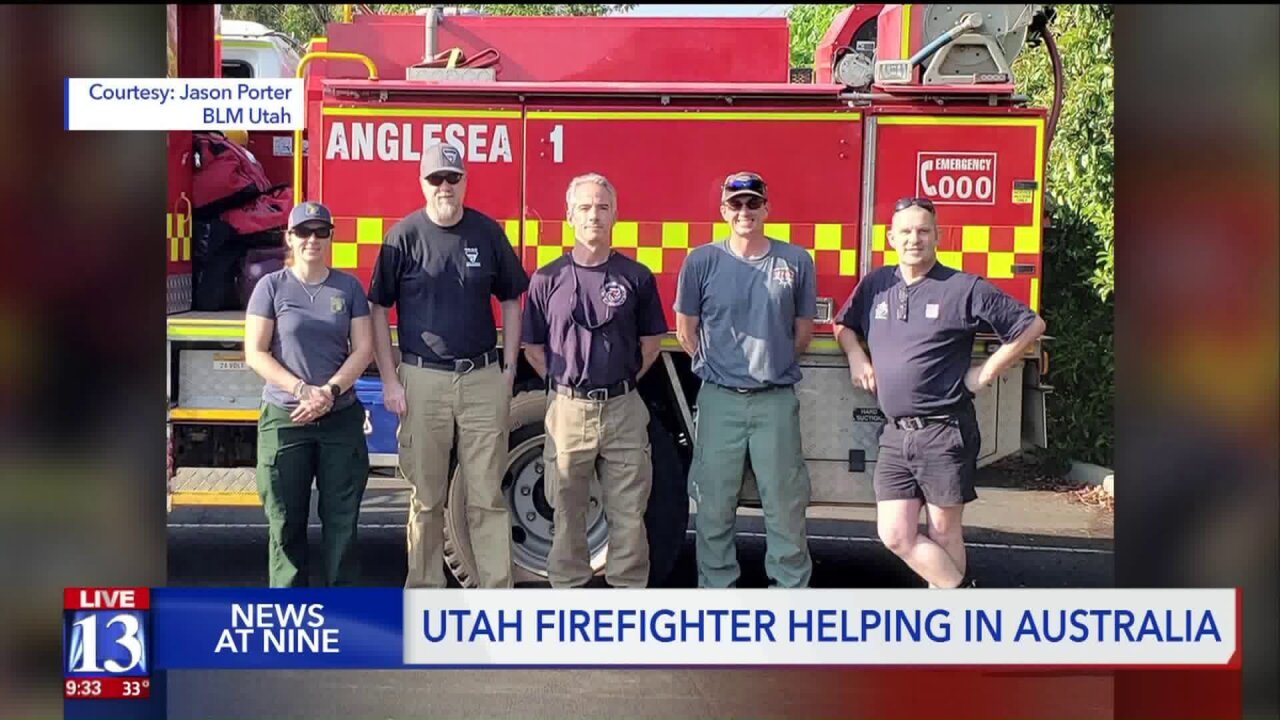 VICTORIA, Australia, — Nine firefighters from Utah have joined nearly 150 federal resources on the continent of Australia that continues to battle catastrophic brush fires.

"We can barely see out there, it's so socked in with smoke," said BLM Green River District's Assistant Fire Management Officer Jason Porter. "The amount of fire out there on the landscape has made it nearly impossible to go really direct on these fires and try to fully suppress them like we do in the United States."

Porter has been working on a crew fighting fire in the state of Victoria. The fuels and vegetation combined with weather patterns have been conditions ripe for erratic fire behavior. Porter says the two different types of trees — stringybark and eucalyptus — have the ability to peel and travel miles ahead, which ultimately could create 'spot fires.'

"The magnitude of these fires, they're really having a hard time getting around them before the next severe weather event rolls in," said Porter regarding the tough, dangerous conditions. "It's just the perfect recipe for explosive fire behavior, and you don't want to be out in front of it. Even though you want to be there protecting things, you don't know where those embers are going to land, how fast they're going to come together."

While the fires haven't only been destructive; they've been deadly. Porter has been on fire assignments across the United States from Alaska to Florida, but the horrific scenes left behind in Australia had his family worried before he left for the trip.

He's been able to communicate with his family here in #Utah while working in #Australia. He's thankful for some great cell reception! pic.twitter.com/NIhhASbKa9

"This time it was definitely a different feeling. I could see more concern in their faces, and that's easy when you turn on the TV and see what's going on down here. You're seeing a lot of close calls and obviously fatalities," said Porter, who celebrated a birthday just four days into the detail.

More than 770 homes had been destroyed since the New Year. As of January 7, nearly 120 fires were actively burning with roughly 50 deemed 'out of control' or un-contained.

"In all my time doing fire, I've seen portions of communities being evacuated, neighborhoods evacuated, maybe a small community. I have never seen evacuations to this magnitude, several communities, large areas," he said.

Porter says the resources in Australia are stretched thin with fewer full-time firefighters. He's also noticing the difference in firefighting tactics and terminology.

"The portions of the fire that we've actually been working, it's amazing to me that some of those structures and values out there did survive the fire," Porter said. "And that's to the good work of those volunteers that are out there."