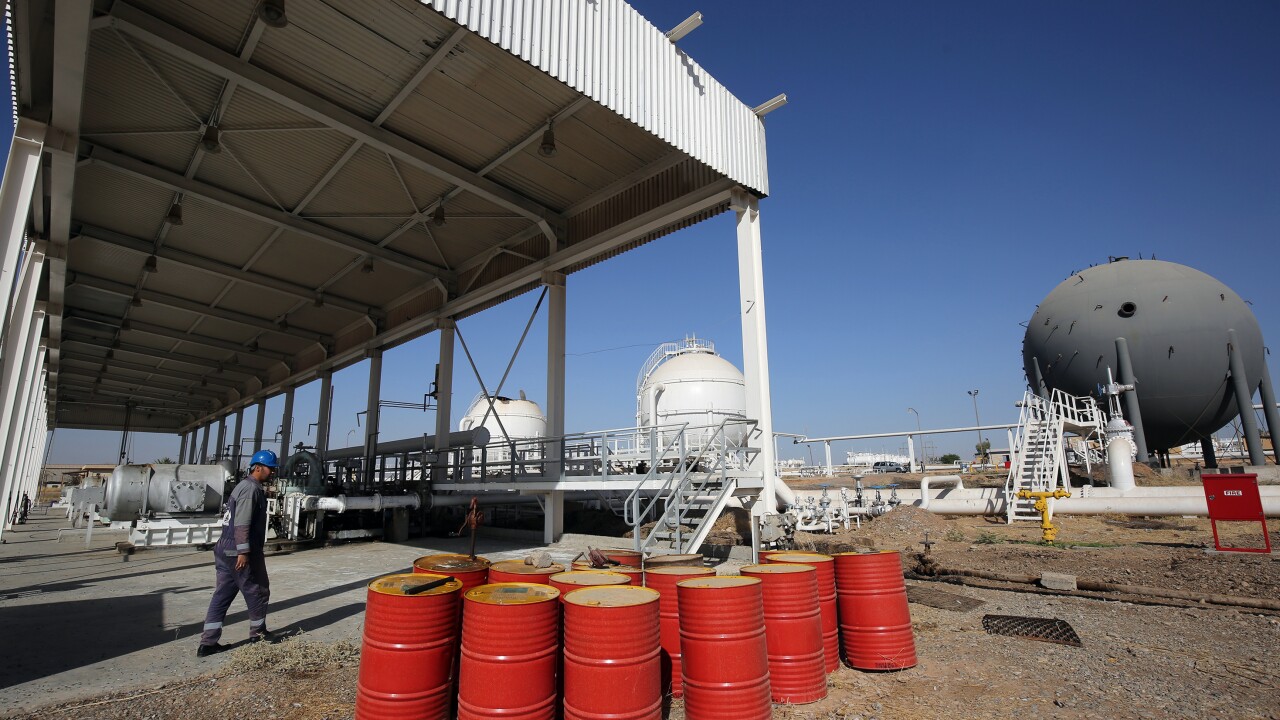 (CNN) — Oil prices climbed sharply Tuesday after the Pentagon said Iran launched more than a dozen ballistic missiles against bases in Iraq that house US troops.

The apparent retaliation for last week’s US drone strike against a senior Iranian commander amplifies concern about a spiraling tit-for-tat conflict between the United States and Iran.

US crude jumped more than 4% to over $65 a barrel Tuesday evening after US officials said Iran launched more than a dozen missiles that targeted at least two bases hosting American military personnel. Crude, which settled at $62.70 a barrel during regular trading Tuesday, climbed as high as $65.48 a barrel.

Significantly, the attack was claimed by Iran itself, not one of the nation’s various proxy groups in the region. And the Pentagon said that Iran used ballistic missiles from inside Iraq, indicating a significant escalation.

“It comes as no surprise that there has been a reprisal from Iran — the concern is that this is just the sign of things to come,” said Matt Smith, director of commodity research at ClipperData.

President Donald Trump, who has previously visited one of the airbases targeted, has been briefed on the rocket attacks. The Pentagon said it is “working on initial battle damage assessments” and will “take all necessary measures to protect and defense” US personnel and allies in the region.

Trump has previously vowed to hit back at Iran if it retaliated for the US drone strike that killed Qasem Soleimani, the head of the IRGC Quds Force.

Investors are on high alert for any signs of a clash between the United States and Iran that threatens oil supplies in the Middle East. Crude prices retreated earlier this week on hopes that energy supplies won’t be impacted by the tensions.

A spike in oil prices could deal a blow to the world economy, which is already struggling from weak manufacturing activity. Dow futures tumbled more than 300 points, or 1.2%, late Wednesday.