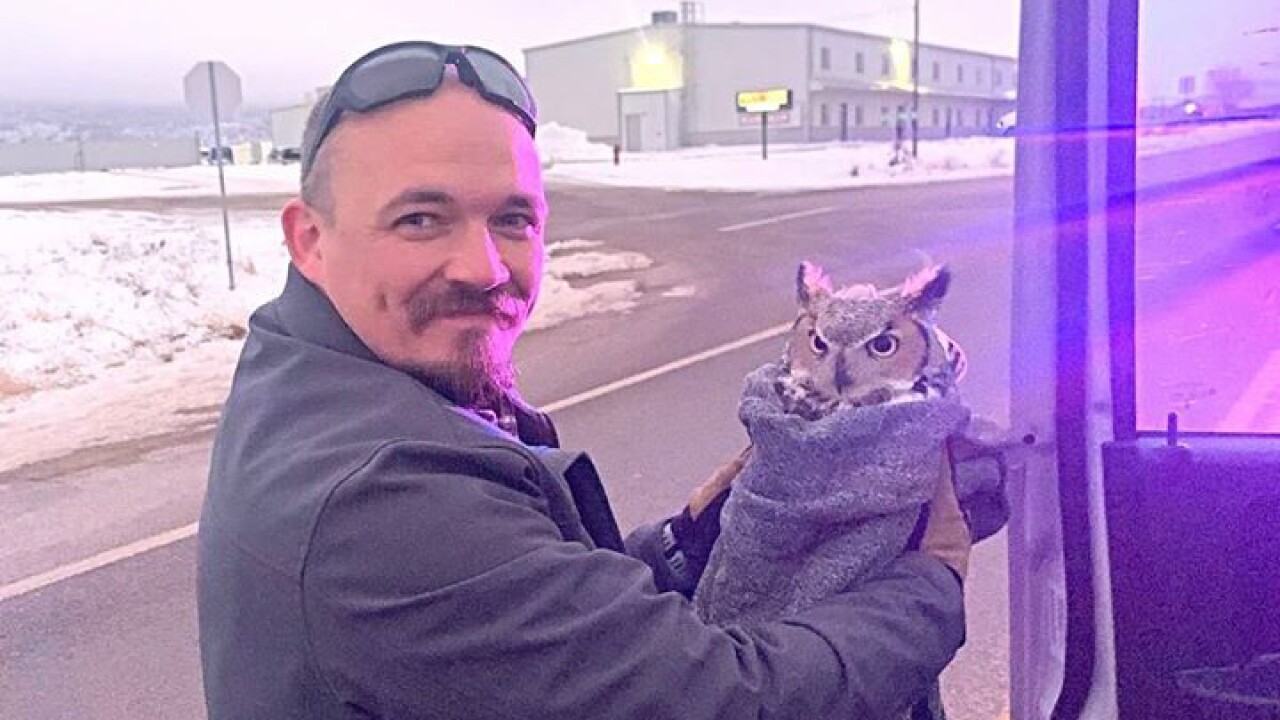 GRAND COUNTY, Utah — A great horned owl is safe at a wildlife rehabilitation center after it was rescued by a deputy with the Grand County Sheriff’s Office.

On Tuesday morning, Nate Whitney, an investigator with the Sheriff’s Office, found what appeared to be a large dead bird on Hwy. 191 south of Moab.

“Whitney stopped to clear the road and upon approaching, he determined it was a very large owl with a broken wing. He then realized the owl was alive as it extended a leg and claws towards him in a defensive manner,” a news release from the Sheriff’s Office said.

Whitney’s vehicle didn’t have a protective barrier between the driver and passenger areas, so he called for assistance from the Department of Natural Resources.

In the meantime, Whitney covered the owl with a blanket, picked it up and “swaddled it much like a baby,” the news release said.

Deputy Josh Stalpes arrived at the scene in a patrol truck, which they used to bring the owl back to the Sheriff’s Office. The owl was then taken to Second Chance Wildlife Rehabilitation in Price.