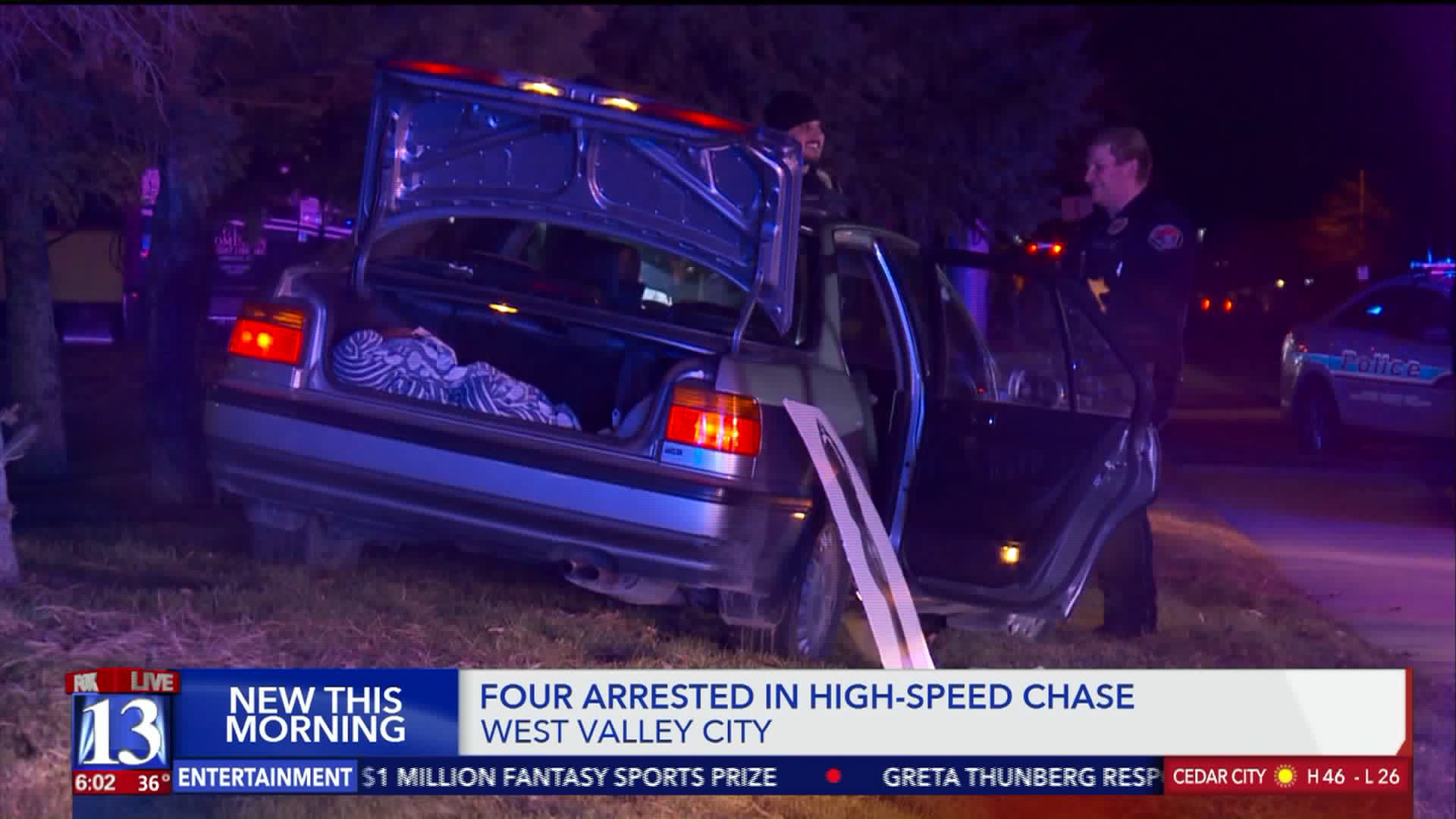 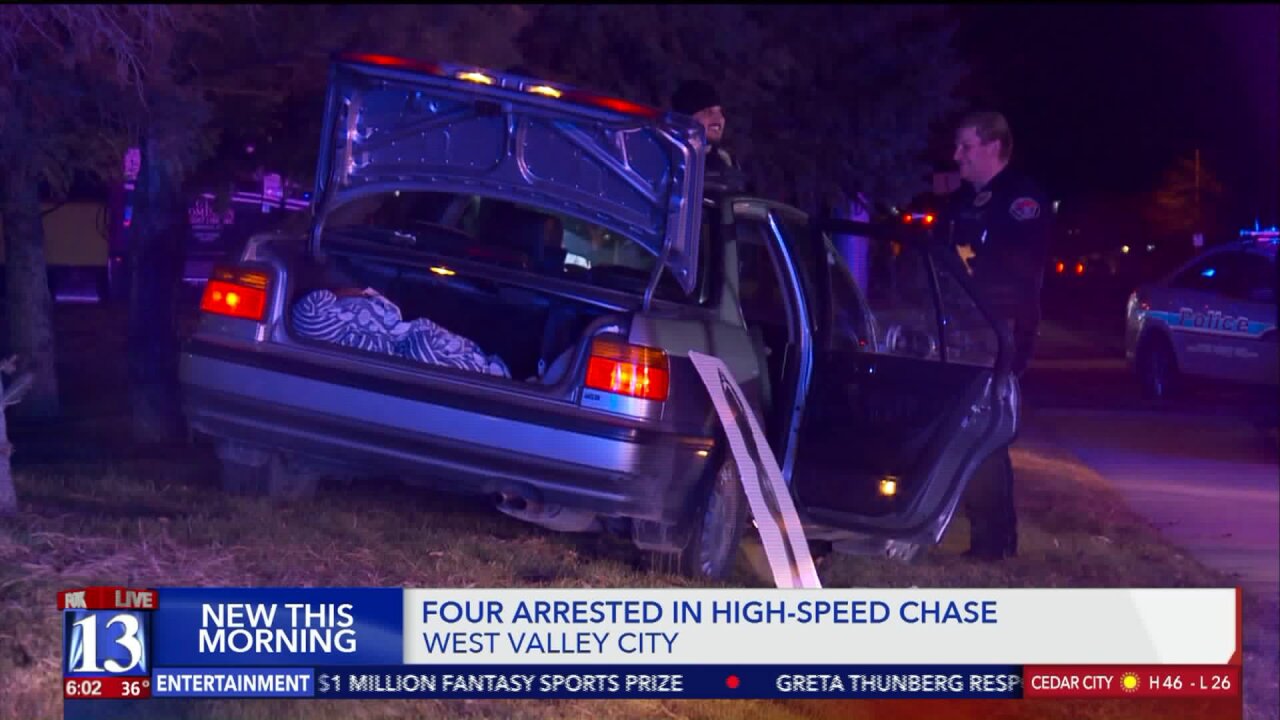 A West Valley City Police officer made an effort to pull over a car for traffic violations.

The driver, police say, did not stop but chose to take off instead.

Another police officer laid down tire spikes in an attempt to stop the car.

Before the car reached the tire spikes the driver lost control of the car and crashed.

All four occupants of the car tried to make a run for it, police say.

The driver was arrested for possession of a stolen vehicle and for burglary.

Lt. Shane Matheson says the persons under arrested were probably doing vehicle burglaries or taking property that's been left out.

One of the occupants of the car, police say, was arrested on an unrelated felony charge.

Police remind citizens to not leave the car running unattended. This happens during colder weather to allow cars to warm up.