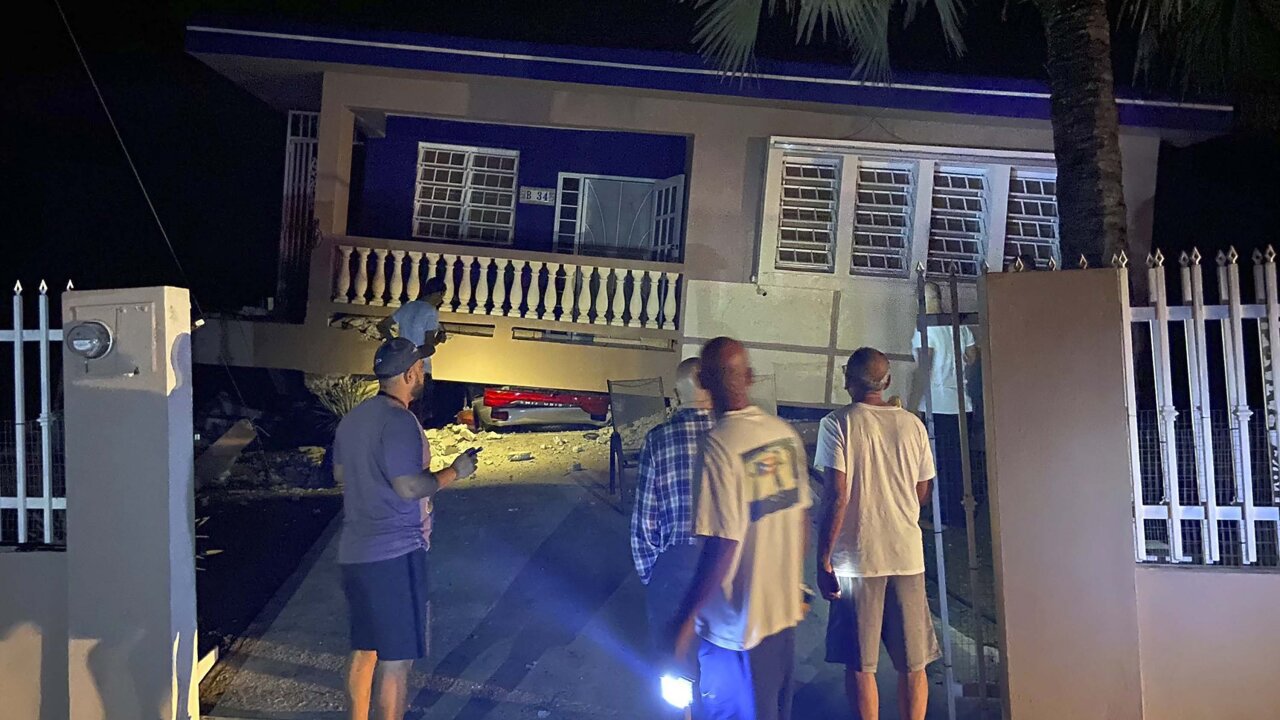 A 6.4-magnitude earthquake rocked Puerto Rico just one day after a 5.8 magnitude quake shook the island, according to the US Geological Survey.

(CNN) — A 6.4 magnitude earthquake and several other strong temblors struck Puerto Rico Tuesday morning, killing at least one man and injuring several others one day after a 5.8 magnitude quake shook the island, officials said.

Power outages and damage have been reported near the island’s southern coast, including in the city of Ponce, where a 77-year-old man was killed and at least eight others were injured, Ponce emergency management director Angel Vasquez said Tuesday morning.

The 6.4 quake struck at 4:24 a.m., centered just off Puerto Rico’s southern coast, about 6 miles south of Indios town, the US Geological Survey said.

Riko Gonzalez and his parents were sleeping in their home in Yauco, near Indios, when the 6.4 quake struck. They awoke to a rumble and scurried out of the house. China and glasses were smashed on the kitchen floor, he said.

It was “horrible, nothing compared to the (magnitude) 5s from yesterday,” Gonzalez told CNN.

“People are afraid to go to bed, to then be woken up to worse earthquakes than the day before,” he said.

In Guayanilla, just north of Indios, homes and a church were damaged, Mayor Nelson Torres said in a phone interview with CNN affiliate WAPA.

Puerto Rico Gov. Wanda Vázquez Garced urged citizens to remain calm as the government responds to the most recent quake in a statement posted on Twitter.

“I hope all are well. We are getting our information from @NMEADpr and @DSPnoticias,” the tweet said. “The entire government is active and in action. I ask our people to remain calm and urge you to remain safe.”

The earthquakes come more than two years after Hurricane Maria devastated the US territory in September 2017.

The magnitude of Tuesday morning’s largest quake was adjusted slightly downward in the hours after it struck, after initially being recorded as a 6.6.

Puerto Rico has experienced a flurry of earthquakes since December 28, according to data from the USGS, ranging in magnitude from 4.7 to Sunday’s 5.8.

All the earthquakes appear to have been foreshocks to Tuesday morning’s largest quake, CNN meteorologist Pedram Javaheri said.

This is a developing story and will be updated.

https://s3.amazonaws.com/cnn-newsource-image-renditions-prod/US_PUERTO_RICO_EARTHQUAKE_TUESDA/S118864013_thumbnail.JPG
Copyright 2020 Scripps Media, Inc. All rights reserved. This material may not be published, broadcast, rewritten, or redistributed.