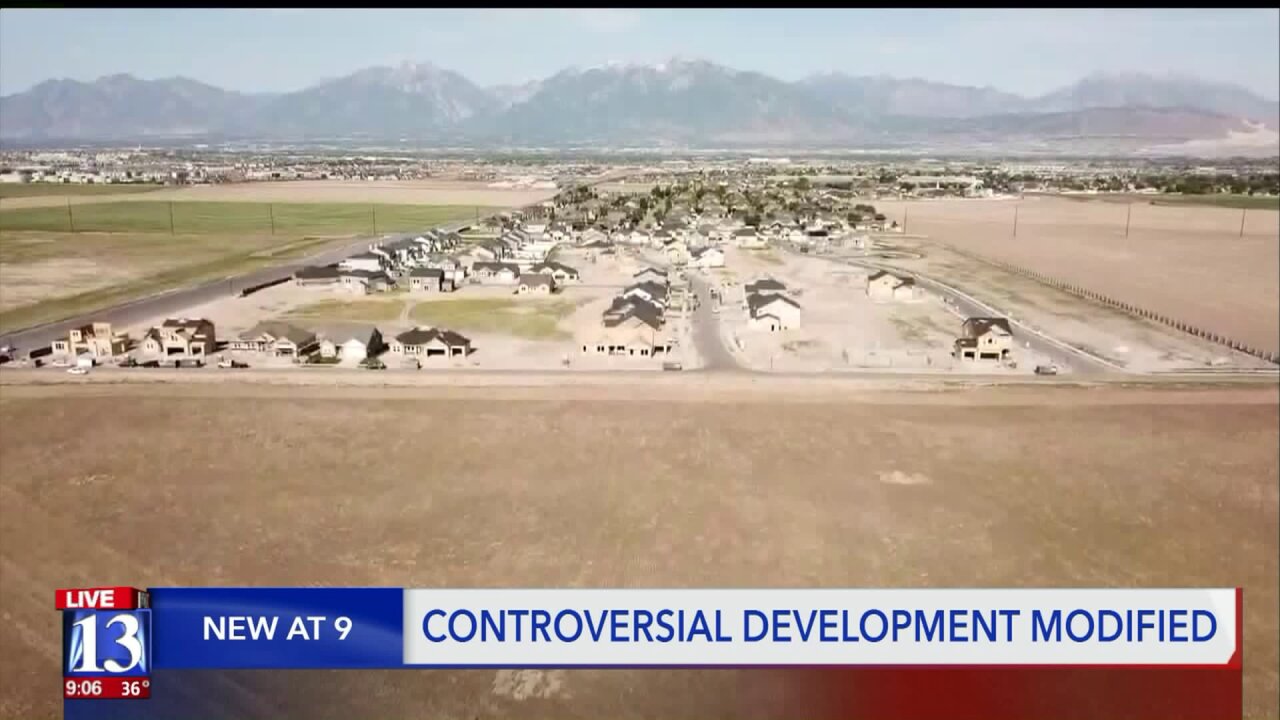 SALT LAKE COUNTY — A plan to develop more than 900 acres of land in southwest Salt Lake County is back on the desk of the County Council. It will soon be up for public comment.

The Olympia Hills development proposes to build more than 6,000 homes on incorporated land near Herriman, Utah.

A group of nearby residents who are opposed to the development has collected more than 1,600 signatures in an online petition. They hope that will urge county council members to slow the project down.

“It’s simply about how many people in a particular area and whether or not it's sustainable,” said Justin Swain, a Herriman resident and member of the group Utah for Responsible Growth. “There are some things that just don’t fit. It feels like the square peg, round hole analogy.”

“I live in a relatively new development, so that would be a little hypocritical to oppose development,” Swain said. “At some point, there will be no more developable land in Salt Lake county.”

His concerns are about infrastructure and if the area can handle thousands and thousands of more people this project will attract.

The developer believes a project with this grand of a scale actually better addresses those concerns and prepare for the future, rather than developing small parcels of land at a time.

“This gives us an opportunity to look holistically at what is coming our way,” said Cory Shupe, a project developer for Olympia Hills. “How do we address these issues?”

The county council will listen to public comment at their meetings on January 14th and 28th.

This is the second time the plan has been before the county council.

In 2018 it was vetoed by then-mayor Ben McAdams.

Regardless of what happens with this plan, both sides agree that development is coming and inevitable.

“We are a significantly growing metropolitan area,” Swain said.

“Not only is the housing and industry needed, if we continue to delay it, it not only makes the problem worse, it creates a problem that is also very difficult to solve,” Shupe added.