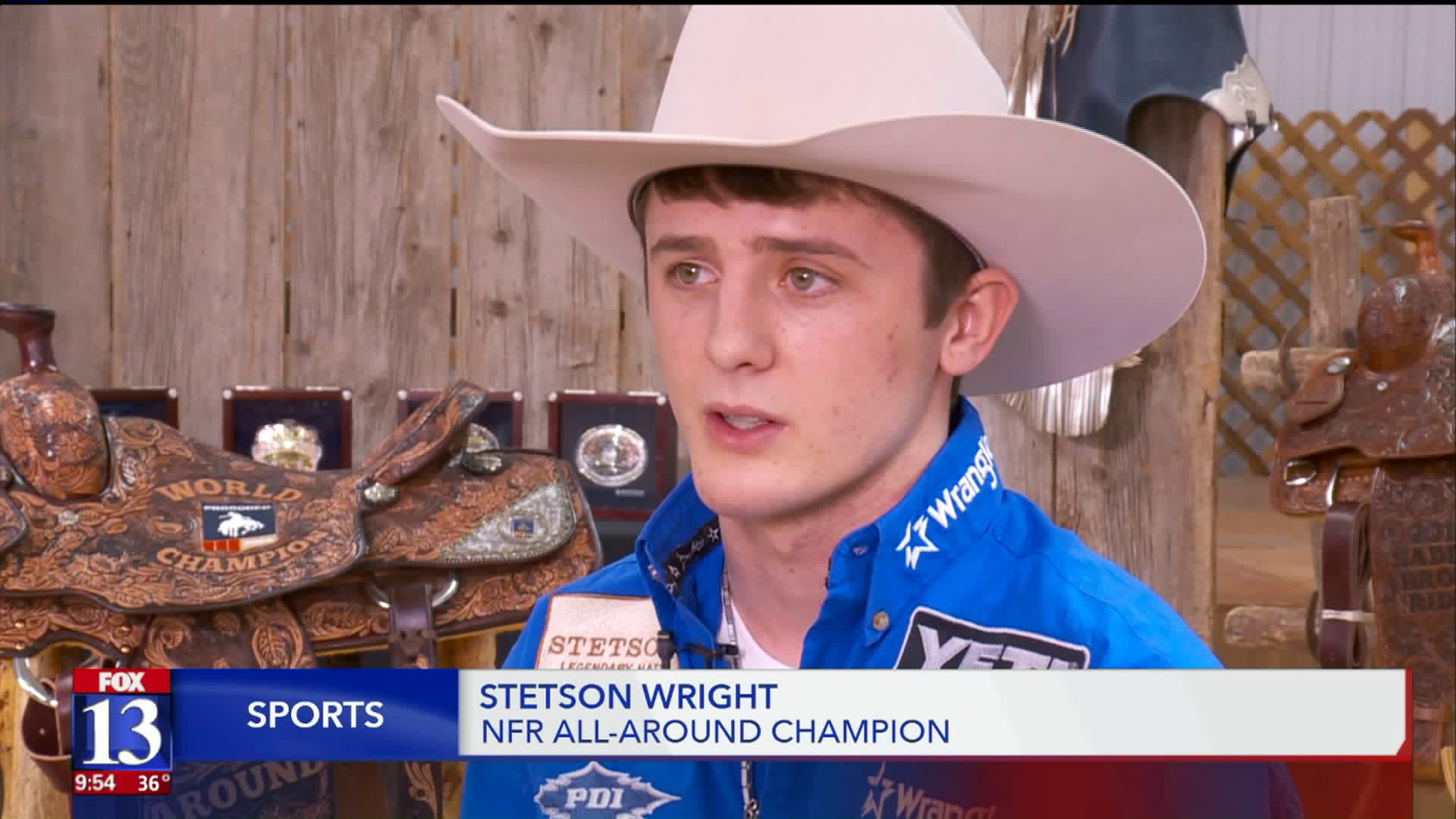 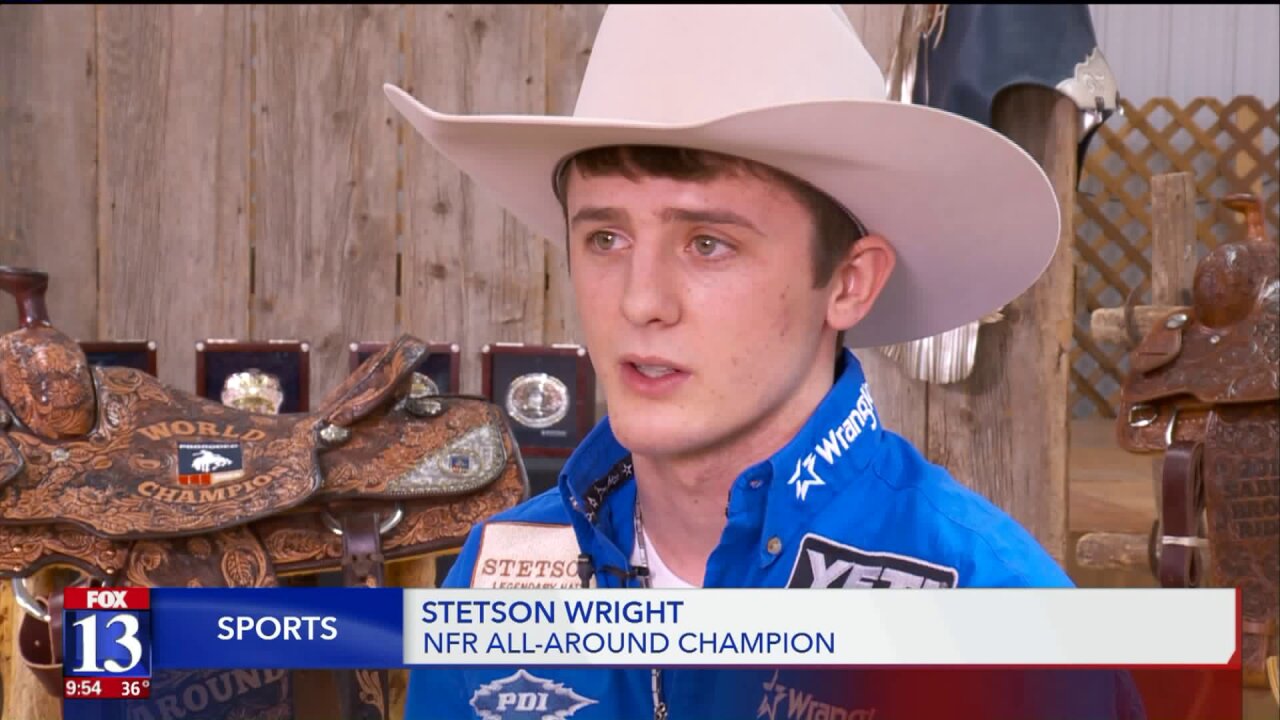 Stetson Wright was welcomed home in Beaver County Sunday after winning the championship in the all-around category at the National Finals Rodeo.

But making the accomplishment even more impressive: Stetson broke his jaw in Dodge City Kansas back in August. Doctors wanted him to take a longer recovery, but after a quick 4-week recovery he was able to put together a stellar season. After winning three separate Resistol rookie of the year awards and the gold buckle at the NFR, Stetson says he’s ready for the next season.

“What I’m shooting for next year is to be the Triple Crown winner. Winning the bulls, Broncs and all around, and set records hopefully only my family can break — but nobody else," he said. "I want to do stuff this year that no one else has ever seen before.”

The Triple Crown is a rare accomplishment in Professional Rodeo.

Stetson took pictures and signed autographs for dozens of fans next to cowboys who will probably be his toughest competition: his own brothers and uncles.