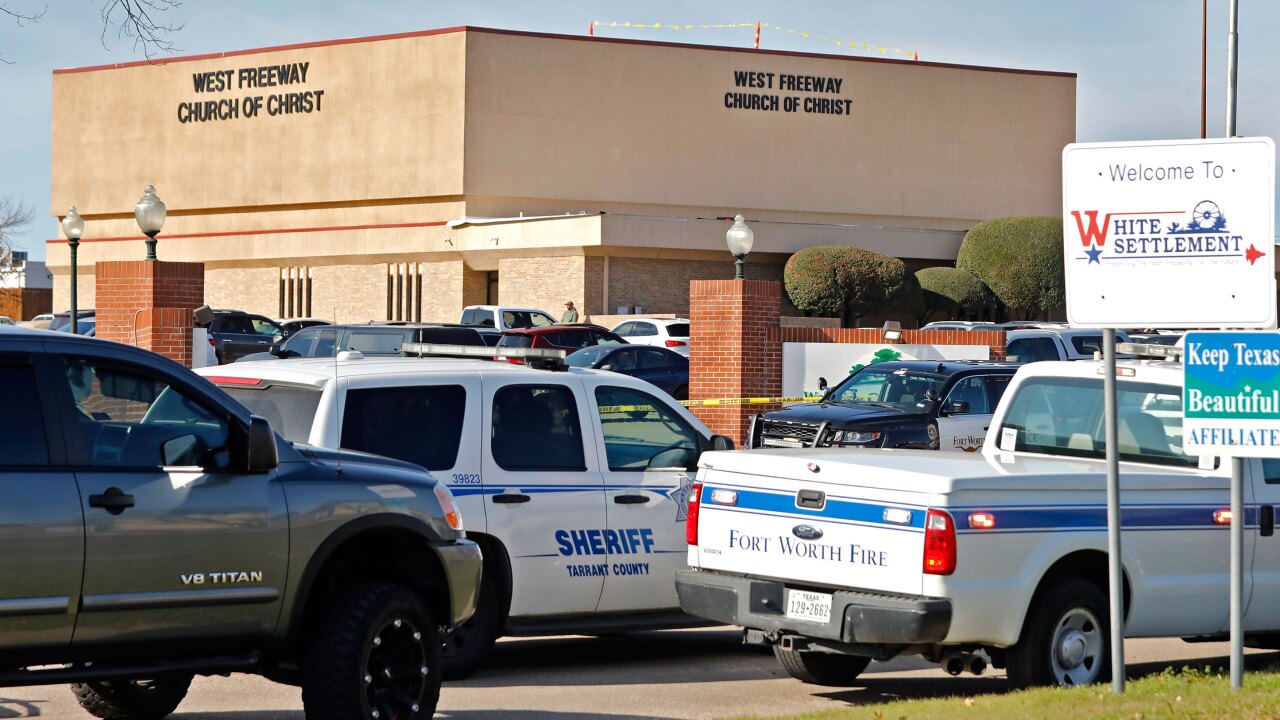 A Texas police chief is encouraging officers to attend religious services in uniform as congregations hold service for the first time since a gunman opened fire and killed two parishioners at a church in White Settlement. Source: Stewart F. House/Getty Images

(CNN) — A Texas police chief is encouraging officers to attend religious services in uniform as congregations hold service for the first time since a gunman opened fire and killed two parishioners at a church in White Settlement.

On Friday, Fort Worth Police Chief Ed Krause authorized officers who attend worship services to do so in uniform in response to the shooting at West Freeway Church of Christ as well as national attacks against Jewish communities and church services, according to a tweet from the Fort Worth Police Department.

“This simple act will help reassure congregants, as well as serve as a deterrent for anyone intending harm,” the department said. It also suggested officers inform their worship leaders of the plan and get permission if they attend worship services outside the city of Fort Worth.

The announcement comes nearly a week after the attack at West Freeway Church of Christ in White Settlement, Texas, about 10 miles from Fort Worth. A gunman opened fire during a service December 29, killing church members Anton “Tony” Wallace and Richard White. The gunman was killed by an armed church security volunteer.

It will be held in a fellowship room rather than the auditorium, as blood stains have rendered it “unusable,” Farmer said. And though they will not spend much time talking about the attack, they will focus on their loss.

“If you sweep things under the rug, it piles up, and we don’t want it to pile up,” he said.

The Texas Department of Public Services will be offering counseling services to the church later this week, he said, and Texas Gov. Greg Abbott offered state-funded counseling resources as well.

White, who Farmer said was in the process of drawing his weapon when he was shot, was buried Friday. The funeral for Wallace will be January 11, Farmer said.