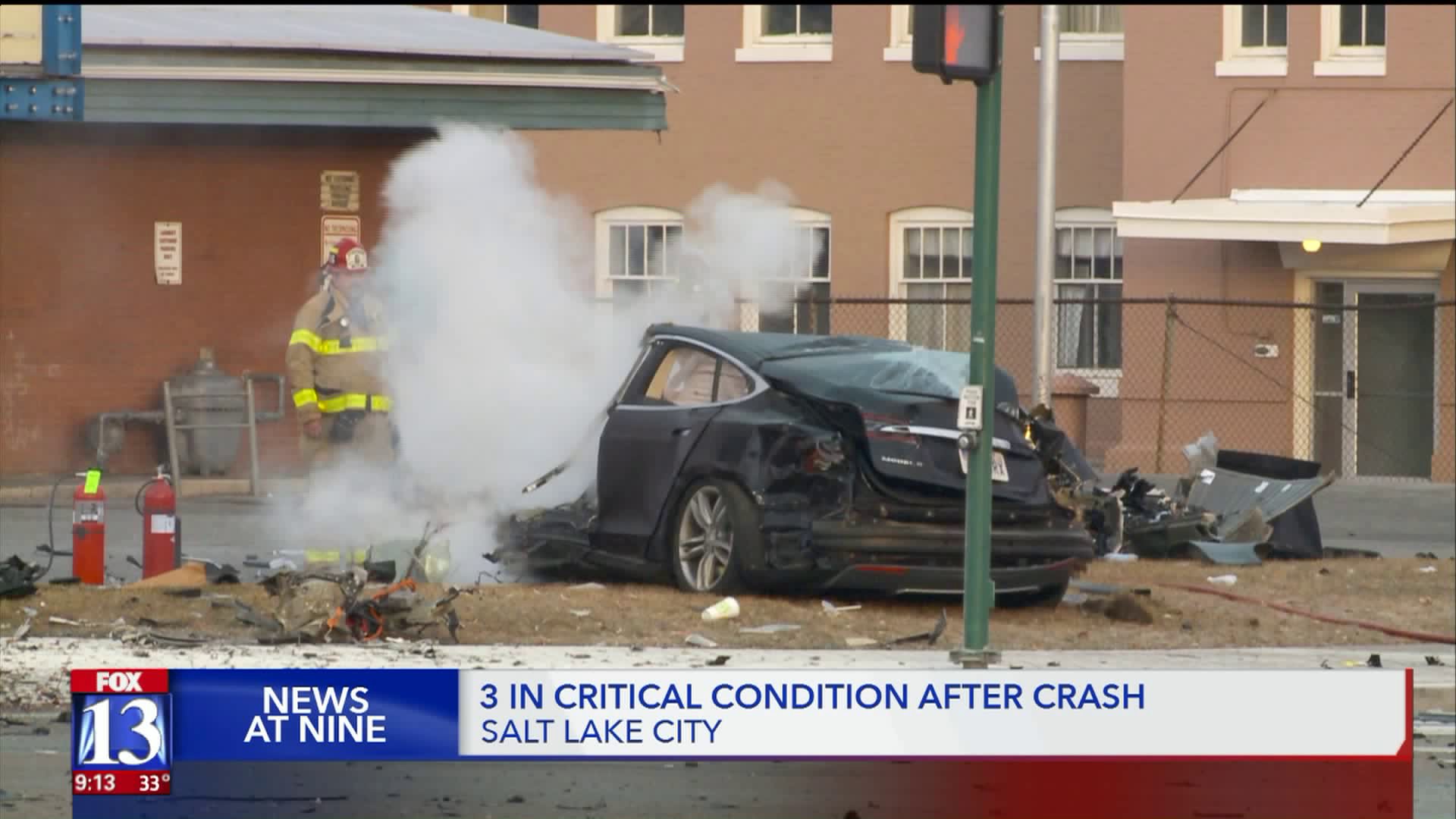 Two men and a woman are in critical condition after a car accident in Salt Lake City. 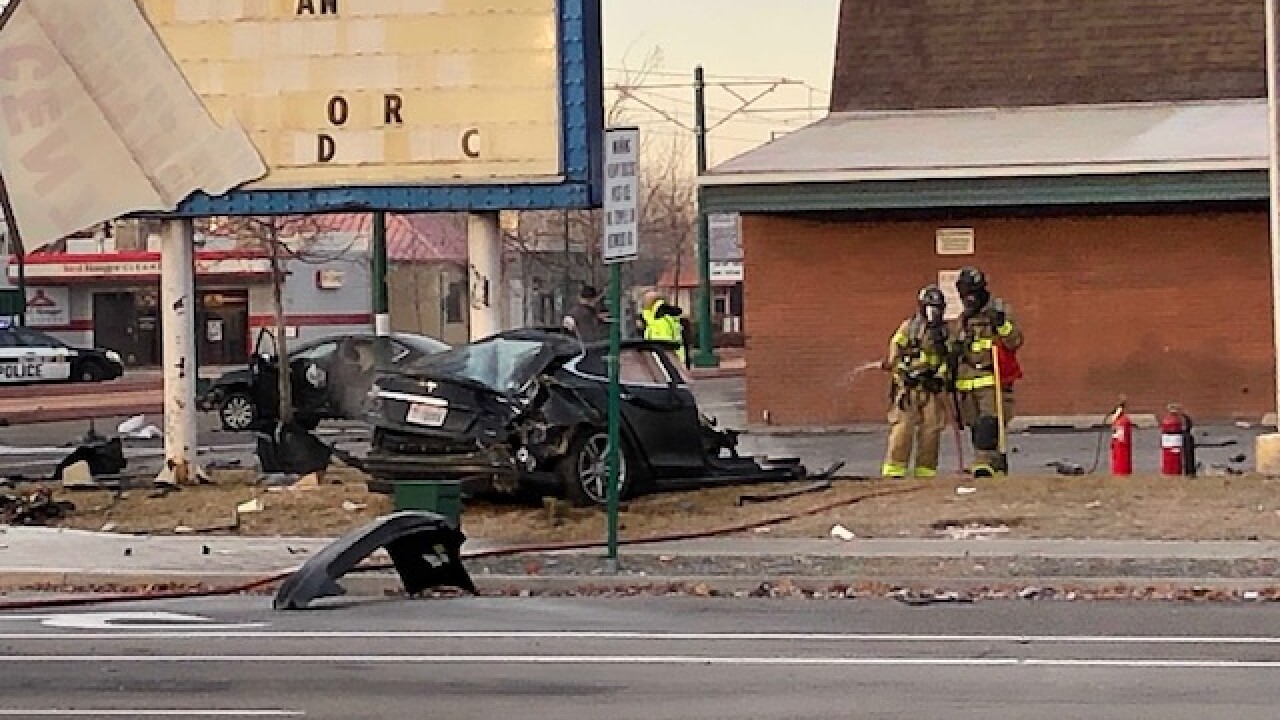 SALT LAKE CITY — Two men and a woman are in critical condition after a car accident in Salt Lake City.

The crash happened just before 7:30 am near the intersection of North Temple and 900 West.

Police believe a Tesla traveling at a high rate of speed ran through a red light before hitting another sedan.

Two people in the Tesla and a person in the sedan were all taken to the hospital.

“They were pulled from the wreckage. One or two of them may have been ejected,” said Salt Lake City police Lt. Brett Olsen.

Several bystanders tried to help the victims. Another man who was walking to get breakfast, saw the crash unfold before his eyes.

“I heard this big, loud boom and I turn around and this black car in the middle of the intersection, I saw it come flying at me,” Danny Hill described. “I saw the brake shoes, wheel well come straight at me, so I actually had to start running a little bit to avoid getting hit.”

The force of the crash caused some parts of the Tesla to become projectiles, damaging things in their path.

“Debris actually scattered up to a block away. It was a pretty significant impact,” Olsen said.

A hazmat team was called after batteries in the Tesla exploded.

No bystanders were injured in the crash.

Investigators are working to determine the Tesla’s exact speed.