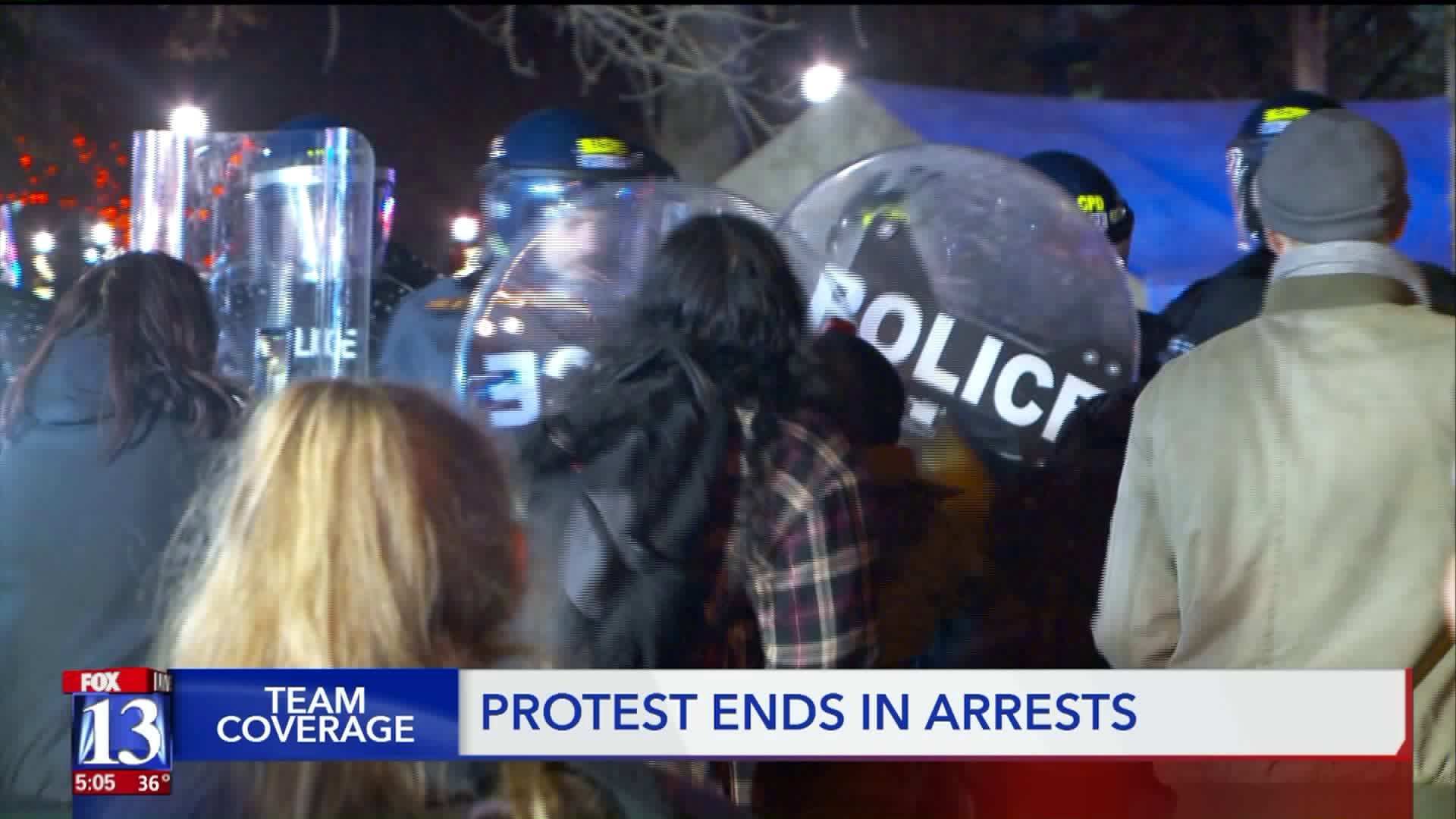 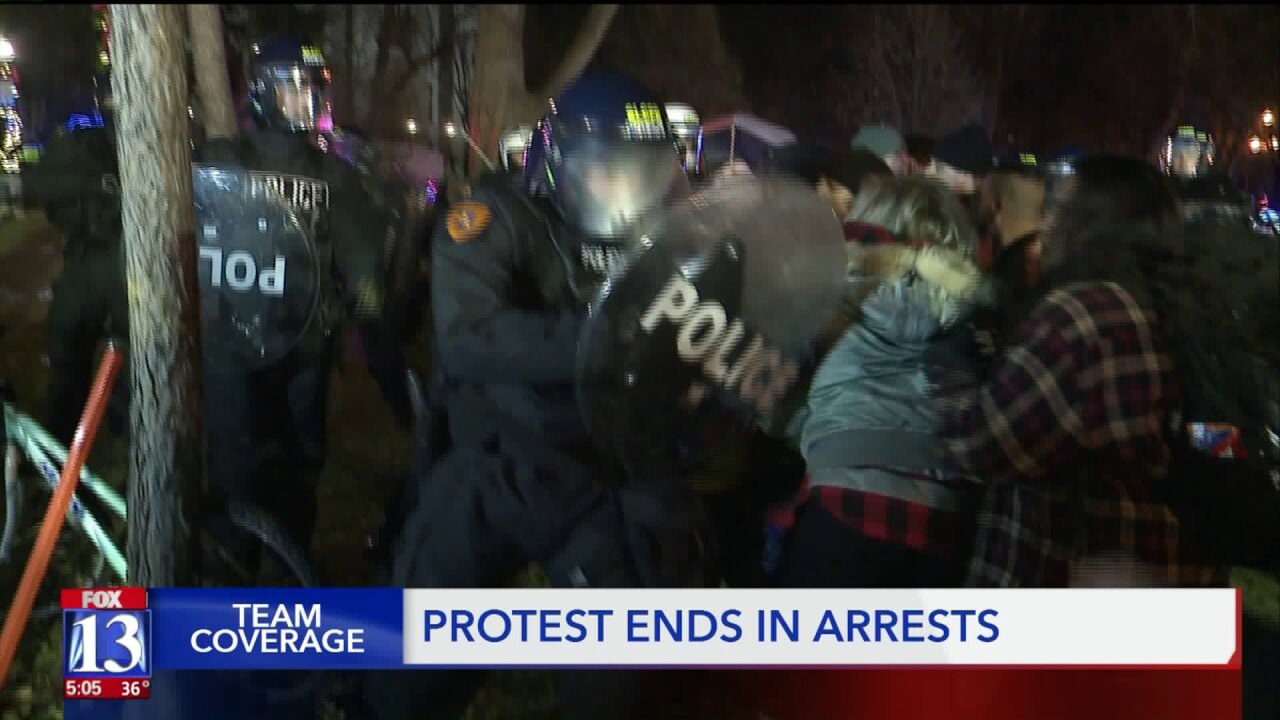 Protesters gathered at the park Saturday night as part of a days-long demonstration on behalf of the homeless population in Salt Lake City, saying they demand more beds, free public transit, and for police officers to stop mistreating them.

"It seems like they failed to notice this is a problem until we make stands like this," protester Jason DeGraw said. "So the city officials need to come together and come to a conclusion to try to help these people out."

But some experiencing homelessness say the protests have gone too far.

"I don't feel like any homeless person was consulted when they decided to do this protest, and this here seems more personal ... because all of the homeless people here, they left when we were asked to leave, like we do every night when they ask us to leave. We're generally compliant," Joe Petersen said. "There's some good-hearted people out here that do help us. But this is not the way. This is not the way at all."

MORE: Joe is experiencing homelessness and weighs in on the protest overnight in Washington Square.

Det. Greg Wilking of SLCPD said they began clearing out the park at 9 p.m. to enforce the park's curfew. In the end, dozens of officers including riot resources were called out.

WATCH: @slcpd conducted an operation removing protesters that had been participating in an occupy-type protest on Washington Square.

According to police, the 'Civil Riot' protesters were in violation of park curfew.

"This is a lot of resources, a lot of people involved in this, and it takes a lot of planning to do this," Wilking said, "but we have to make sure that we're safe."

Police say the protesters have also created a safety hazard and that medical personnel weren't able to render aid to someone in an emergency early in the day because of everything going on.