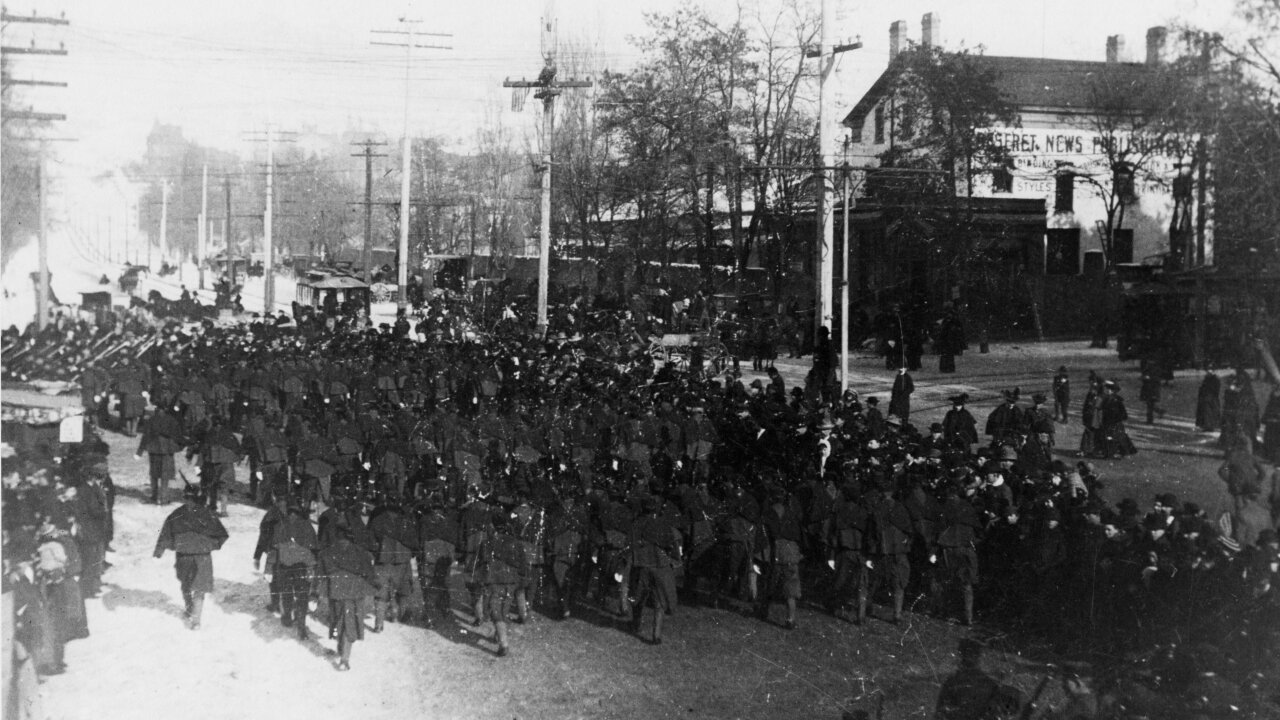 On Jan. 4, 1896, the territory of “Deseret” became the state of “Utah” under an order from President Grover Cleveland. Utah was the 45th state in the United States.

There was a catch: to become a state, Utah had to forever give up the practice of polygamy (and The Church of Jesus Christ of Latter-day Saints had done so in 1890). There were other issues, too. Women had the right to vote, well ahead of the rest of the nation at the time. Congress did not like the name “Deseret,” based on a word out of The Church of Jesus Christ of Latter-day Saints’ “Book of Mormon” that means “honeybee.” So they named it after the Ute Tribe that was here before the Latter-day Saint settlers.

A copy of the Deseret Evening News on Statehood Day, Jan. 4, 1896 in this photo courtesy Utah Dept. of Heritage & Arts

Salt Lake City, upon hearing the news of statehood being granted, erupted in “pandemonium” with people swarming the streets in celebration, according to historical accounts.

People celebrating on the streets of Salt Lake City in this photo part of the Utah Dept. of Heritage & Arts collection.

“At 8:03 a.m., Mountain Time, the expected message reached Salt Lake City that Grover Cleveland President of the United States had signed the proclamation which makes the admission of Utah to the Union of States complete…. The news of the admission was welcomed by the firing of cannon and small arms, the shrieking of steam whistles and every other kind of noise which could be produced,” James E. Talmage described the event in his personal diary, according to the Utah State Historical Archives.

Celebrations were held in subsequent days. The Mormon Tabernacle Choir (now known as the Tabernacle Choir at Temple Square) performed “Utah We Love Thee,” a song written for the occasion and later adopted as the official state song in 1937.

Heber M. Wells, the first governor of the state of Utah. (From Utah State History Archives)

The presidential proclamation making Utah a state on Jan. 4, 1896 (from Utah State Archives)