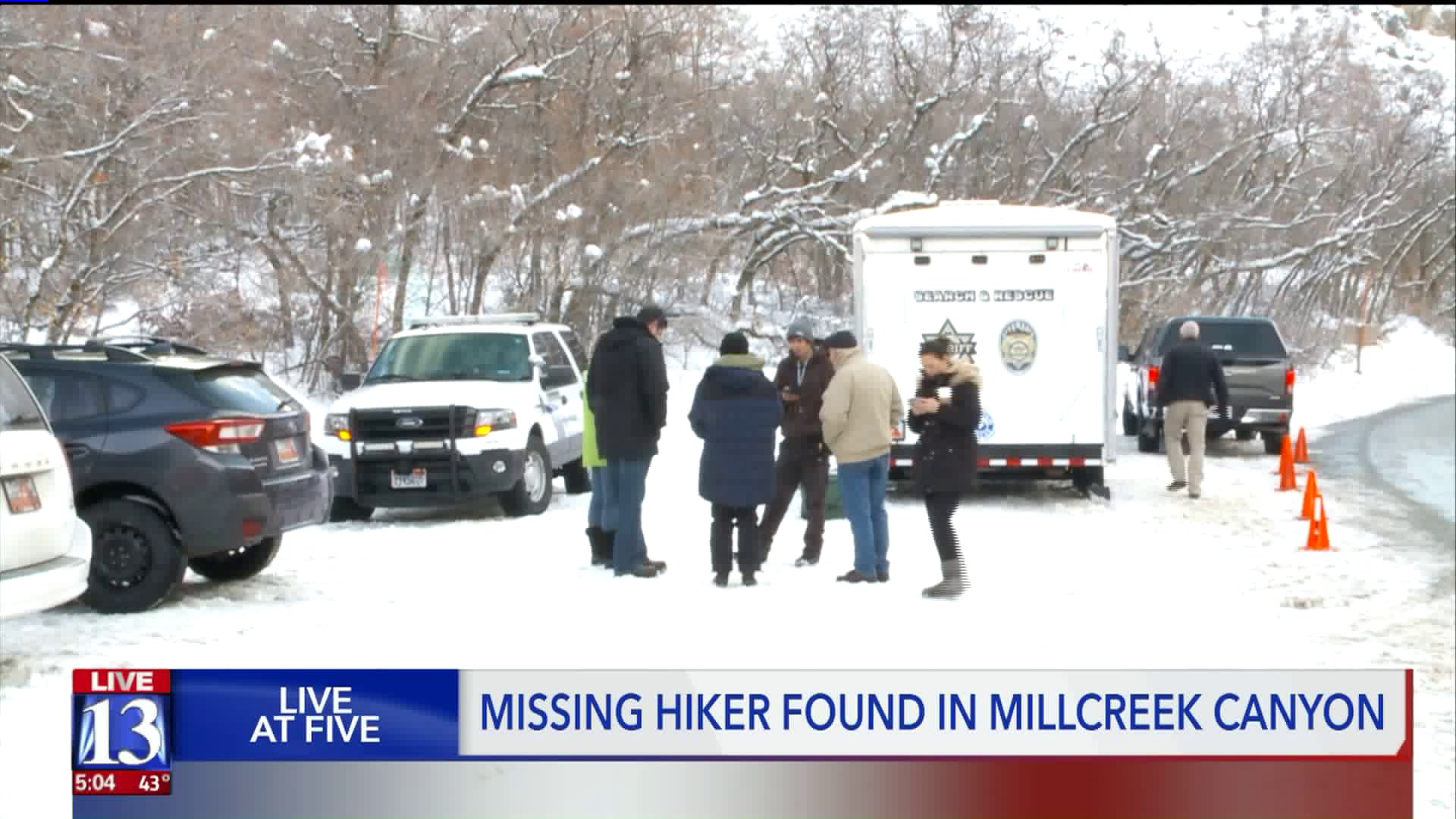 Search and rescue crews have located a California boy who disappeared in Millcreek Canyon Thursday. 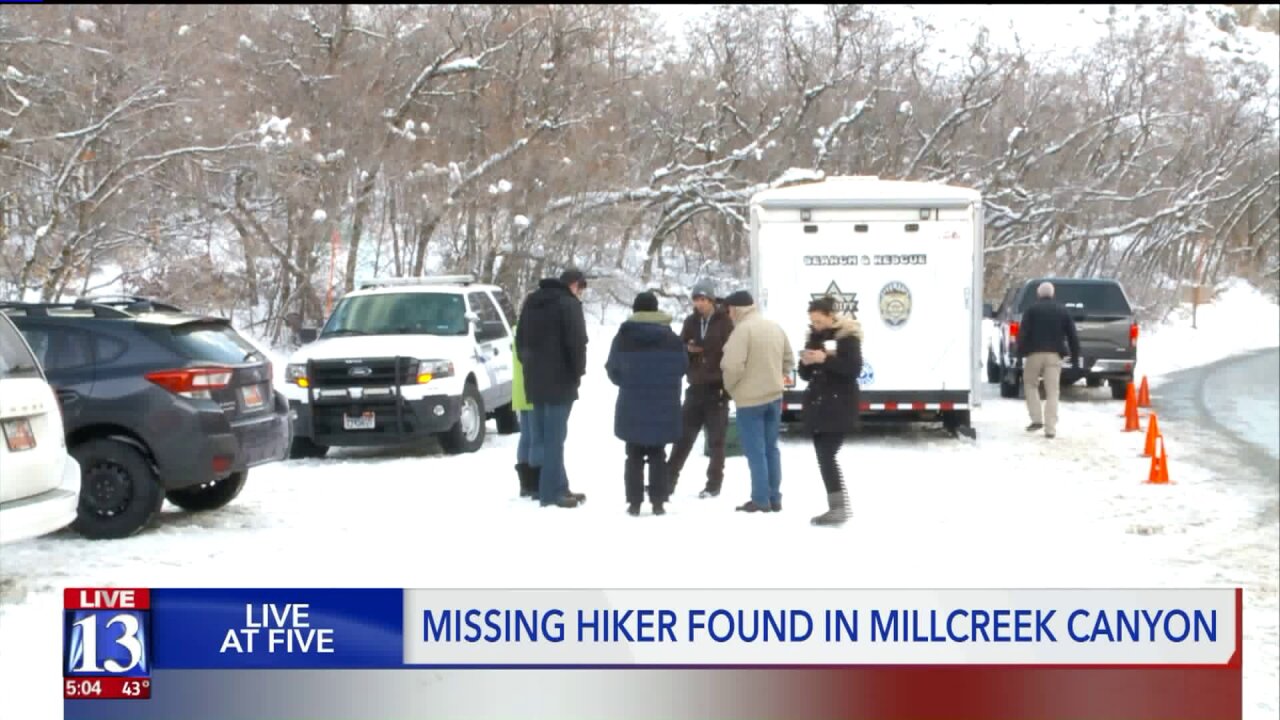 SALT LAKE COUNTY — Search and rescue teams say a 17-year-old hiker from Fresno, California is lucky to be alive after surviving about 30 hours overnight in Millcreek Canyon.

Wayne Bassham, the commander of SLCO Search and Rescue, described the teenager named "Nicolas" as an inexperienced hiker who might not be used to Utah's snowy conditions.

"Well the last half hour has been pretty crazy," Bassham said. "He’s extremely lucky! I mean you’ve got an individual who went out hiking yesterday with no food, no water, no backpack. The cellphone wasn’t turned on. No flashlight. No way of making fire, and he survived the night. Now how did he do that? He’ll have to tell us later, but I think God’s on his side today."

Rick Vollmer, a member of the team that found Nicolas, said the teenager was not wearing shoes or a jacket. Crews found Nicolas near Red Pine Trail, about six miles away from where he started hiking.

"We found a pair of gloves and a single boot... and a pair of Levi’s," Vollmer described. "So we were not feeling too good about that at that point."

Crews initially received the call that Nicolas was missing on Thursday night when he did not show up for dinner plans in Park City. His last known location was in Millcreek Canyon. A driver with UBER dropped off the teenager Thursday morning to begin his hike.

Helicopters scoured the area on Thursday night and throughout Friday, worried about the snow, the cold, and potentially an avalanche.

"I’ve got to be honest with you, I wasn’t feeling too confident we were going to find him alive," Vollmer said. "Found a bag with his sandwiches uneaten in it, so I don’t know what he was doing for fuel, but the guy made it and I’m very impressed with him."

Bassham said Nicolas was being treated for frostbite and hypothermia, with the most drastic injuries to his feet.

"That’s one of the first signs of hypothermia, is that you get too warm and you want to start removing some parts of your clothes," Bassham said.

"I want to meet the guy because he is a stud," Vollmer said. "To be able to go that far without shoes and boots on? It’s cold up there. I mean, look at what I’m wearing."

Vollmer described the teenager as "very excited" and "upbeat," especially given the circumstances.

"Not what I would expect for somebody who had been out there all night," Vollmer said. "As my son would say, I’m psyched!"

"They all spotted him about the same time. That's incredible," Rivera said. "When people see this on the news they start those prayers too, and so do we."